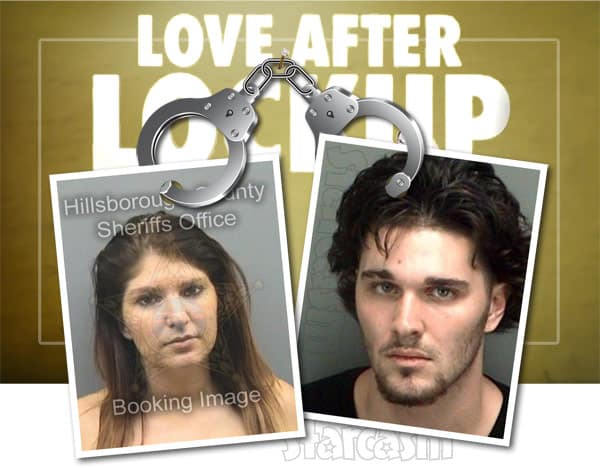 WE tv’s new prison romance series Love After Lockup looks to be the first break-out reality show hits of 2018, and hunky convict Garrett Tanner looks like he may very well be the break out star of the show, courtesy of some super sexy mug shots that could give “hot felon” Jeremy Meeks a run for his money!

WE tv is going so far as to use Garrett’s good looks to promote the show with a photo montage video and the #HotFelon hash tag:

Here is Garrett’s most famous mug shot photo, which was used in the initial Love After Lockup preview trailer:

And here’s another featuring Garrett and his long, convictrulescent hair: 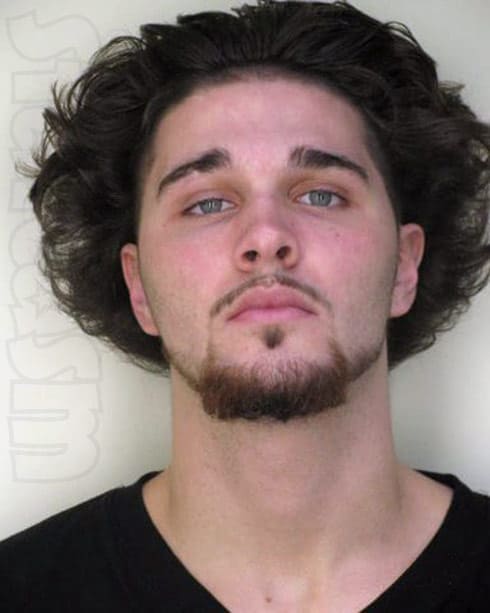 Unfortunately, Garrett’s ‘do has since passed away as he elected to buzz his coiffure: 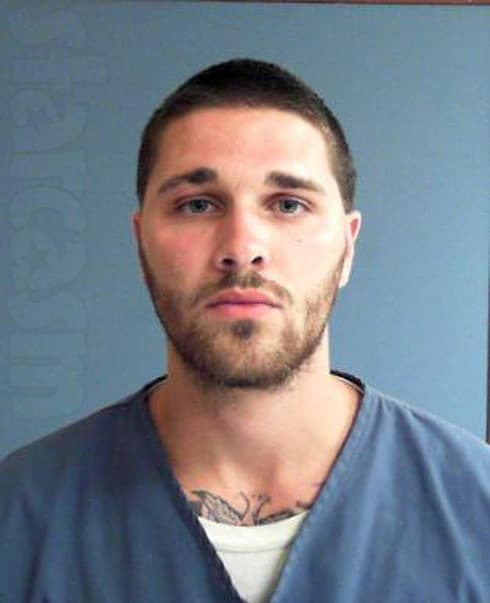 OK, before we get to the rest of Garrett’s mug shot photos, I wanted to share a little surprise tidbit of info I discovered while researching the couple — Garrett isn’t the only one in this relationship that has a mug shot! That’s right, Johnna DiGrigoli had her mug shot photo taken after being arrested for a DUI in Florida in April of 2012! 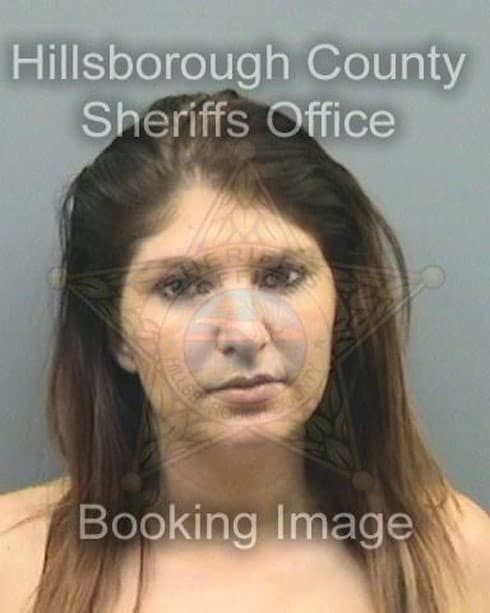 According to online records, Johnna’s BAC was between .136 an .138 at the time of her arrest, well above the Florida minimum of .08. The DUI charge was later dropped to Reckless Driving with Johnna receiving probation and community service in addition to court fees and a fine in 2013.

A scan through any of Johnna’s social media accounts will show that she clearly had an affinity for alcohol in her younger days. In March of 2010 she posted online about another potential DUI incident that she apparently managed to avoid. “To whom it may concern : I did not get a dui, almost did, but I did work on my sobriety test,” Johnna wrote.

In September of 2011 she shared what she could remember from the previous night partying:

last night was completely reckless…i killed a whole bottle of vodka, ruined my shoes in a pond, lost my debit card, shook what my mama gave me, made some bad decisions & fell asleep on a party bus….yeah im a professional 21st birthday celebrator! Whos birthday is next!?

Fortunately, it seems that Johnna has since managed to get her drinking under control — at least as far as what she published on social media. It could be that the DUI arrest was the motivation she needed because in the same year as her sentencing she proudly boasted about her sobriety: “I haven’t had any alcohol in 40 days,” she wrote in August of 2013. “For anyone who knows me you understand this is a big deal. I’m proud of myself.”

OK, back to Garrett! I have compiled all of the Garrett Tanner mug shot photos I could find — although I am sure there are many more. Here they all are with the dates they were taken:

You can get to know reality TV’s new #HotFelon #PrisonBae when Love After Lockup premieres on Friday, January 12 at 10/9C on WE tv! Until then, you can find out TONS about Garrett and Johnna’s relationship with our exhaustive profile post that includes the real story of how they met way back in middle school as well as their wedding date!

Why was Sherée Whitfield fired from Real Housewives of Atlanta again?