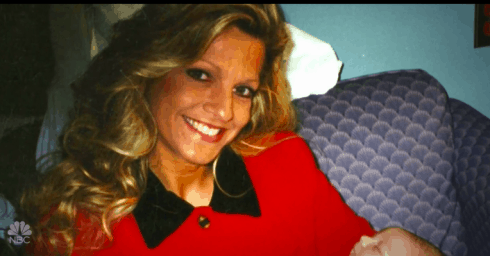 Tonight’s Weekend Mystery episode of Dateline follows the 2014 disappearance of successful Arkansas real estate agent Beverly Carter. The night she disappearance she was showing a house in the small town of Scott, Arkansas. She had told her husband she’d be brining home dinner, but she never came back. The last words Carl Carter heard from his wife were a in an ominous voice message Beverly left urging her husband to not call the police.

“Carl, it’s Beverly. I just want to let you know I’m OK,” Beverly says in the message. “I haven’t been hurt. Just do what he says and please don’t call the police. If you call the police, it could be bad. Just want you to know that I love you very much.”

Beverly’s kidnapper tried to demand a $100,000 ransom for Beverly’s life from her husband and the cops. When the ransom plan unravelled, Beverly was killed.

Beverly’s abductor, Arron Lewis, had his estranged wife Crystal Lowery set up a fake house showing appointment to kidnap her. His lawyers argued in court that Beverly was having an affair with Arron, and had died during a consensual sex act.

Her body was found in a cement mixer at a concrete business where Arron used to work. Her mouth was covered in a duct tape “mask,” and investigators later found that Beverly had suffocated to death in the mask. She had still be alive when it was applied.

Arron Lewis previous bragged about his criminal past on his Facebook page, listing his charges like badges of honor:

And just so anybody who doesnt know…i am a 7 time felon. My charges are; first degree robbery ’98, interstate commerce of a stolen vehicle ’03, aggravated assault on officer ’07, deactivating an anti theft device ’08, 3 counts of theft (related to a scam i ran on a corporation)’11.

So if anyone would like to judge me for my past, remember that i don’t do anything any more. I’m happy with my life and its not yours so it goes back to that saying…if you don’t have anything good to say, don’t say anything.

I have a wonderful woman who loves me and i love her, i have a house (paid for), my jeep and motorcycle (paid for), i’m on parole and do what i’m suppose to, i don’t do drugs and i’m happy so before you judge me for who i was, look at who i am.

Crystal Lowery is currently serving 30 years for her role in the kidnapping and murder. Arron Lewis was found guilt in 2016 and is serving life in prison.