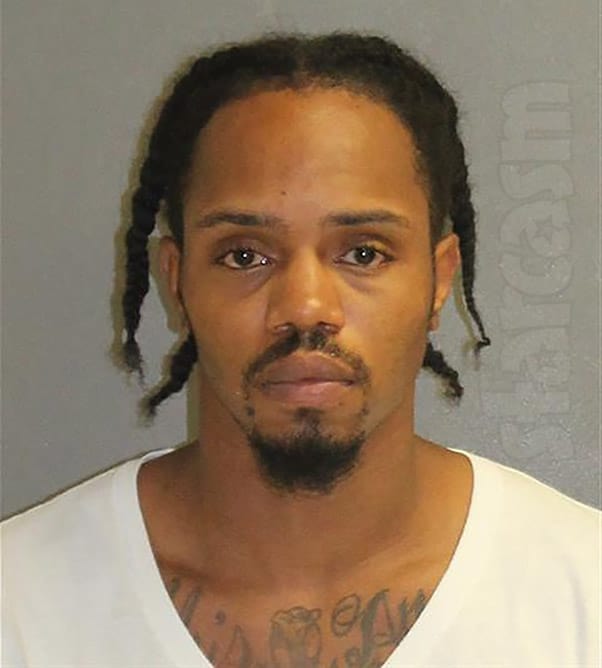 Less than a week before the return of WE tv’s Love After Lockup: Life After Lockup, one of the show’s stars was back behind bars. Michael Simmons, who was famously part of a love triangle with Sarah and Megan in Love After Lockup Season 2, was arrested this weekend in Florida.

Michael posted a $2,500 bail and was released early Friday morning.

Because of the timing of the arrest and courts being closed on weekends, we’ve been unable to get any details on the allegations against Michael. Also unclear is what child(ren) he is being accused of neglecting.

There’s no indication that Sarah is currently in Florida. I simply cannot imagine Sarah allowing their daughter Aviahna to stay with Michael in Florida without her being there as well.

UPDATE – Sarah posted a message in her Instagram stories that is assumed to be referencing Michael’s arrest. “My kids were NOT involved!!!” she wrote, adding a “100” emoji.

UPDATE – We obtained the police report from Michael’s arrest with all the details!

Michael was staying near Miami in Hialeah when he was with his girlfriend Maria. (For those unfamiliar with Florida geography, Miami is roughly four hours south of Daytona.) According to records from his recent arrest, he provided a Hialeah address to police.

Here is the definition of “neglect of a child” from the Florida statute:

1. A caregiver’s failure or omission to provide a child with the care, supervision, and services necessary to maintain the child’s physical and mental health, including, but not limited to, food, nutrition, clothing, shelter, supervision, medicine, and medical services that a prudent person would consider essential for the well-being of the child; or

2. A caregiver’s failure to make a reasonable effort to protect a child from abuse, neglect, or exploitation by another person.

#LoveAfterLockup #LifeAfterLockup Michael and his new boo Maria have something in common: time behind bars! Check out her arrest record, including multiple prostitution charges. PLUS, Maria taunts Sarah with a pic of her daughter Rayne and Sarah responds. https://t.co/ma414wNSam

The charge is a third-degree felony. A third degree felony conviction in Florida carries a prison sentence of up to five years, in addition to a fine of up to $5,000.

The recent arrest in Florida is just the latest in a rather lengthy criminal history for 28-year-old Michael. Here are a couple excerpts from our previous post detailing his arrests and convictions over the years:

In 2007 he was arrested and charged with car jacking, armed robbery, and possession of a firearm in the commission of a felony — all of which were felony charges. Court records indicate that Michael pleaded guilty to lesser counts of all three charges, with the most notable downgrade being the armed robbery charge, which was changed to unarmed robbery.

…In 2015, Michael was charged with armed robbery, but he would later enter a plea deal and have the charge reduced to accessory to a felony after the fact. When Megan described the incident to her dad on the show, she said that Michael witnessed a beating and didn’t report it to police. Because it was not his first felony conviction, Michael received a habitual offender sentencing enhancement.

Get the scoop on #LoveAfterLockup star Michael's arrest in December! https://t.co/LQbaPWbCrH

Michael was also booked for possession of narcotics in December of 2018.

We will continue to look into Michael’s most recent charge and will update when we know more.