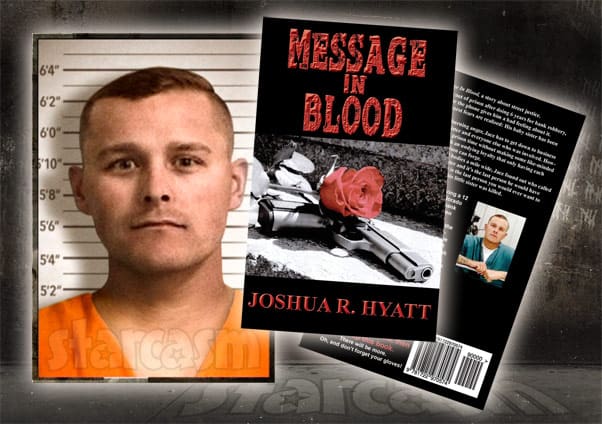 It turns out that Love After Lockup star Cheryl’s bank robber beau Josh isn’t just a wig-wearing Robin Hood, but also an author! Prior to being released from prison, Josh published a book that is currently available on Amazon.

On the Love After Lockup season premiere, Cheryl reveals that she first ran across Josh online while researching a school project on serial killers. That makes sense because Josh had a prison blog, and one of his posts was titled “My Brush with a Real Serial Killer.”

In the blog post, Josh (full name Joshua Hyatt) shared details about his interactions with a convicted rapist and murderer named Robert Baillie. (Though convicted of numerous rapes, Baillie was only convicted of a single murder — and that was more than 35 years after the crime was committed. So, he isn’t actually a “real serial killer.”)

Here’s an excerpt from Josh’s post in which he mentions the book that he is working on:

To me, Baillie is a disappointment, because for some reason I expected more out of him. Like he would gloat about it, or at least show some pride in himself, enough for me to get some information for my book. He’s done a lot of time for these things. Why hold on to innocence when everyone knows his guilt? More than that, everyone knows that he has only been caught for a fraction of the rapes and murders he actually committed.

The blog post was published in March of 2018, and seven months later Josh published his book. Titled Message In Blood, the book is currently available on Amazon as a paperback for $14.95 or as a Kindle download for $2.99 (free for Kindle Unlimited subscribers). 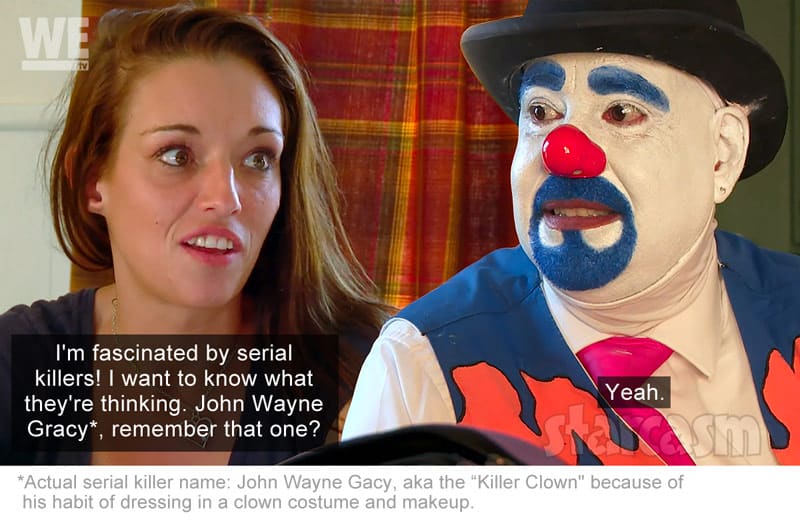 Here is a description of the book followed by Josh’s “About The Author” from Amazon:

Message In Blood is a story of street justice. Jace White is getting out of prison after doing 6 years for bank robbery, but his mom’s voice over the phone gives him a bad feeling about it.

Upon his release, his worst fears are realized: His baby sister has been murdered!

Now, full of grief and a burning anger, Jace has to get down to business to find out who killed his sister and everyone else who was involved. However, Jace didn’t do all that prison time without making some like-minded friends who rally to him with an undying loyalty that only having each other’s backs for years in prison can forge.

I am currently serving a 12 year prison sentence in the Colorado Department of Corrections for bank robbery, but I’ve never been short of big goals.

Training in the mixed Martial Arts, I’ve had fights set up and approved, only to be yanked away in two separate occasions because of past crimes. My goal was to be rich and famous, I had the guts, and stupidity to do whatever it took. I’ve been though and have done a lot of things most of the world has never done.

Not many Authors can explain the feeling of holding someone at gunpoint from firsthand experience. The power, the fear, the doubt, and most of all the adrenaline coursing through every vein in every part of your body, as your heart thuds heavy and hard in your chest. I hope that my readers can live those situations through my writings and never have to be pushed into one themselves.

My goal is to make you look over your shoulder looking for the cops because of the crimes you just committed. Have you ever wondered what it was like? If not you can pick up “ANY” other book, but if you want a different kind of adventure and you want to know what kind of happens on the other side of the law, then just pick up one of my books.

There will be more. Don’t forget your gloves!

The three Amazon reviews for the book are a bit of a roller coaster:

Susan L Jack
5.0 out of 5 stars – Gripping thriller!
The book was a real page turner, unpredictable, and very genuine to people that live in that lifestyle. It gives you an inside look into a way of life that most people don’t know about.

Amazon Customer
1.0 out of 5 stars No recommendation
The grammar makes me want to kick puppies in the head…….story line is ok, i just wish it was more relatable.

Juan
4.0 out of 5 stars – Great Book
This story gives you a whole new perspective! I would certainly recommend reading.

It’s a good thing that Josh has experience story telling because he may have to get pretty creative when he explains to Cheryl why he has recently been photographed having a good time with another woman!

To keep up with Cheryl and author Josh, as well as all of their felontreprenuerial co-stars, be sure to tune in for new episodes of Love After Lockup airing Friday nights at 9/8c on WE tv!