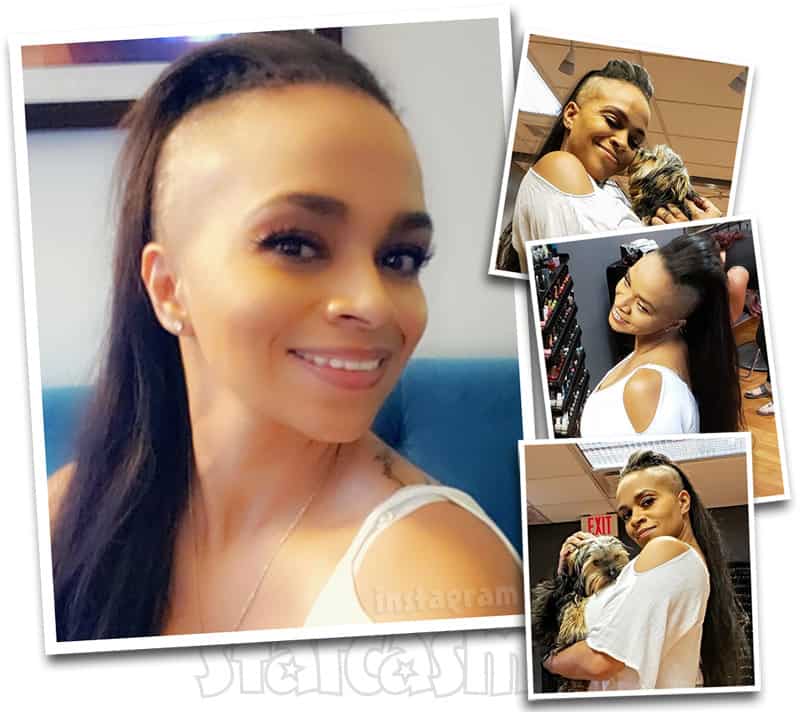 Love After Lockup: Life After Lockup star Lizzie Kommes has a COMPLETELY new look! The born again virgin and former prison sugar baby visited the Rock N Glam Salon in Madison, Wisconsin over the weekend where she had the sides of her head completely shaved, leaving a rather fierce mohawk.

In the comments section of her Instagram gallery of photos showing off her new look, a follower asked what inspired Lizzie to make such a dramatic change. “I’m turning 42 next month ???,” Lizzie replied. She later shared a longer reply to a similar comment: “I’ll be 42 next month so I wanted something different… either that or buy me a sports car ???”

Lizzie’s hair isn’t the only recent major change in her life. She reveals that she is heading back to college in the fall, with her classes beginning on September 7. Lizzie says she intends to study to be a drug and alcohol counselor.

If you live near Madison and would like to check out Lizzie’s new look in person, she is making a public appearance at a tattoo expo early next month. “I’m inviting you guys to come to ‘Inking the Dells’ at the Ho-Chunk casino Wisconsin Dells,” Lizzie announced last week. “I will be doing meet-and-greets at Alpha Red Tattoo Booth with @cartoonreyes Fri 8/2 5-8pm, Sat 8/3 5-8pm, Sun 8/4 2-5pm say my name LIZZIE, and get 10% off your tattoo at Alpha Red Tattoo Booth.”

The combination of getting her head shaved and appearing at an upcoming tattoo expo had a couple followers curious as to whether or not Lizzie planned to have her head tattooed. “I’ll never put a tattoo on my head,” Lizzie said initially. But, after a commenter suggested that something simple like a small heart would be cute, Lizzie got just a little less rigid in her aversion to the idea. “Lol, I honestly don’t think I can get a tattoo on my head but maybe you never know.”

So what do you think about Lizzie’s new look? I love it! I think it goes a long way towards shifting her image from professional prison sugar baby to an independent FORMER convict with self confidence enough to not need someone else to take care of her. Of course, a simple haircut doesn’t actually mean that is the case, but still.

Perhaps Scott will gain enough self-confidence to follow suit with his own mohawk! Let’s see what that might look like courtesy of the Starcasm Photoshop team: 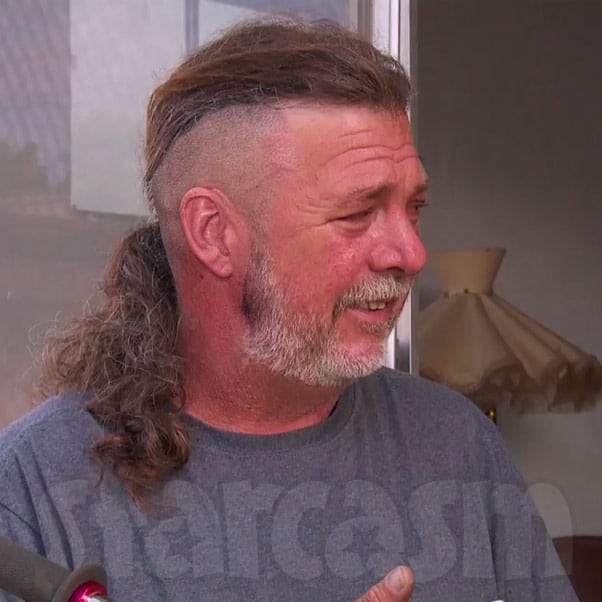