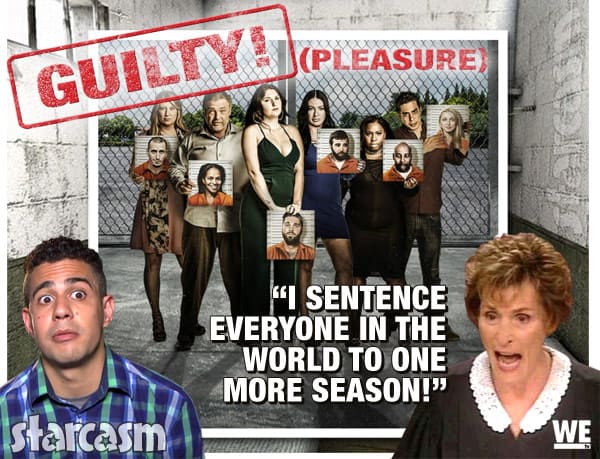 There will officially be more love after Love After Lockup! WE tv announced today that their new prison romance reality series will be returning for an expanded 10-episodes season in 2019.

The announcement comes just four weeks into the show’s inaugural 7-episode run. Marc Juris, president of WE tv, praised the new series and expressed the network’s excitement: “The success of Love After Lockup demonstrates that a great concept, executed well with characters and stories that resonate with viewers can still break through the clutter,” he says. “The organic growth we’re seeing from week-to-week has been extremely encouraging and validates the potential we saw for this series from the beginning.”

The WE tz prez then does a little hip flexing by making a prison joke! “We are so pleased to be moving ahead with an expanded second season as we head to the dramatic season one finale of a show we hope will do ’10 to life’ on WE tv.” ***ZING*** Unlike some of the cast members, you have to admire Marc Juris’ conviction. ***DOUBLE ZING***

It doesn’t state it clearly in the press release, but I assume that the second season will be much like Sharp Entertainment’s other romance reality franchise, 90 Day Fiance, and will introduce all new couples. Of course, Sharp has a history of showing flexibility in service to demand, so I’m going to predict a hybrid with at least one couple from Season 1 returning. I can’t safely make a prediction as to which couple, however, because it is still VERY unclear which — if any — of the current couples are going to still be together after the first seven episodes!

Of course, what the fans are REALLY clamoring for is a Love After Lockup spinoff series about someone who would never get caught in the first place, Mary’s mustachioed Canadian hoodie bro! Speaking of which, I thought it might be fun to start a little hash tag game of #NameThatVillain in which we try to come up with this sly feller’s comic book bad guy moniker: 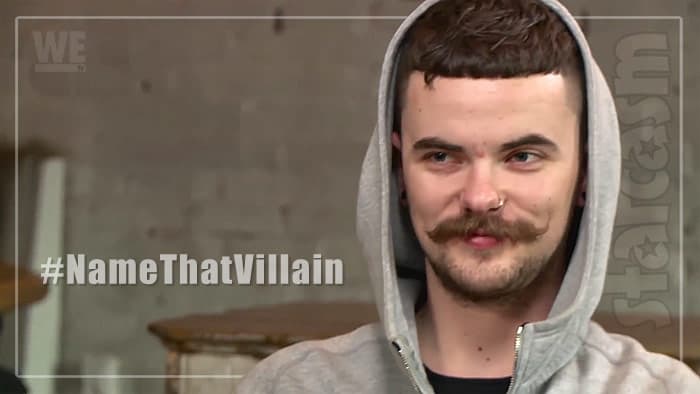 Here is more from the press release, including a whole bunch of viewership numbers that would seem to indicate that, despite starting off slow, Love After Lockup is building up steam — and fast!

“LOVE AFTER LOCKUP,” FASTEST-GROWING NEW CABLE SERIES OF 2018, RENEWED FOR AN EXPANDED SECOND SEASON WEEKS AHEAD OF SEASON ONE FINALE

Series Has Helped Fuel Double-Digit Growth At WE tv In Key Demos, With Adults 18-49 Up 31 Percent In Prime Time, Year-Over-Year

NEW YORK, NY – February 9, 2018 – WE tv announced today that its hit new series, “Love After Lockup” has been renewed for an expanded second season just four weeks into its initial 7-episode run. The fastest-growing new cable series for 2018 has grown audience every week since its premiere in women 25-54, adults 25-54 and adults 18-49 – already up 86 percent among women 25-54 and 62 percent among adults 25-54 from the premiere in Nielsen live+3 ratings.

And don’t miss the rest of Love After Lockup Season 1! You can get on board the momentum train with new episodes airing Friday nights at 10/9c on WE tv.