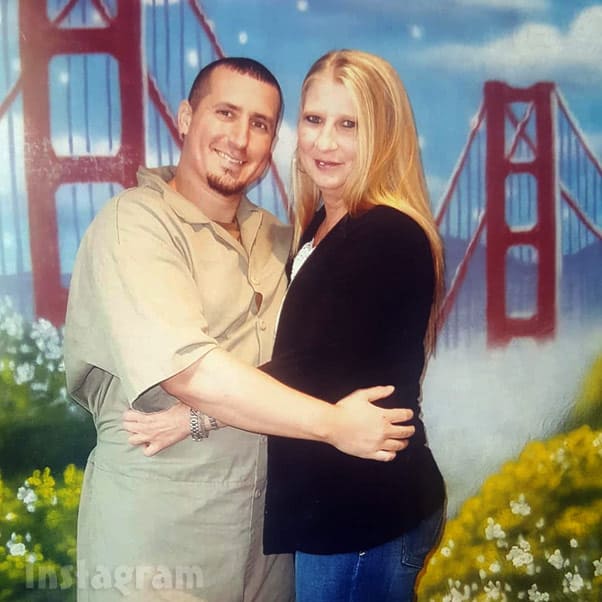 On the current season of Love After Lockup, Angela is dealt a crippling blow when her convict fiance Tony misses his curfew at his halfway house and decides to go on the run. As revealed on the show, police would eventually catch up with Tony, but not until he managed to travel nearly 2,000 miles!

Instagrammer @CrazyEyesKM2 dug up all the details on Tony’s escape, capture, and eventual re-release. According to court documents, Tony blew his curfew and opted not to return to the halfway house he was staying at in Mississippi on April 13 of last year.

Tony’s freedom lasted just three days as he was apprehended by authorities on April 16…in Reno, Nevada! It seems that Angela recruiting her friend-zoned man pal in an attempt to find Tony before the US Marshals did was a wasted effort — he was loooooong gone!

Tony entered a plea agreement on August 8, 2018 in which he pleaded guilty to the sole count of escape, which carried a maximum sentence of five years and a maximum fine of $250,000.

On October 10, his sentence was handed down. Tony was ordered to serve out the remainder of his existing sentence, which meant he was eligible to be released when a bed became available at a designated halfway facility in Tupelo, Mississippi.

Once a bed was available, Tony was ordered to reside at the Residential Reentry Center (RRC) for eight months and placed on three years of probation.

Unfortunately for Tony, he was forced to remain behind bars for weeks waiting for a slot to open up.

On November 20, Tony’s attorney submitted a motion asking that Tony be released on house arrest due to a lack of space at the RRC. The motion states that Tony “is in a relationship with a mental health specialist” and requests that the Probation Service conduct a home assessment. If approved, Tony asks that he be able to post bond and stay with this person until a bed becomes available at the designated RRC.

It’s not clear from the redacted documents, but @CrazyEyesKM2 confirms that the mental health specialist Tony was/is in a relationship with is Angela.

According to federal inmate records, Tony completed his RRC residency and was officially released from custody on August 3, 2019!

Although he and Angela have since posted numerous photos together, it’s unclear if they are actually still a couple or not. Keep tuning in for new episodes of Love After Lockup to find out! They air Friday nights at9/8c on WE tv!