One of the stars of WE tv’s new prison romance reality series Love After Lockup is no stranger to garnering national attention. Elizabeth “Lizzie” Kommes made the internet rounds when her “flirty” mug shot photo went viral back in 2008 after she was arrested for her 5th DUI and allegedly offered police sexual favors and $10,000 to get out of it.

Elizabeth was arrested in Wisconsin Dells, Wisconsin in July of 2008 after bystanders witnessed her leaving a parking lot while intoxicated. Lizzie was driving a red Grand Am with a personalized Michigan license plate that read “TROUBLE.”

Police pulled Elizabeth over and she failed a sobriety test. She later registered a blood-alcohol level of 0.246. “Kommes allegedly offered an officer $10,000 and suggested sexual favors to let her go,” the Portage Daily Register reported at the time. “Kommes told officers she was on probation in Michigan for possessing three pounds of marijuana and that the arrest would result in her being sent to prison in Michigan for violation of her probation,” the complaint stated. 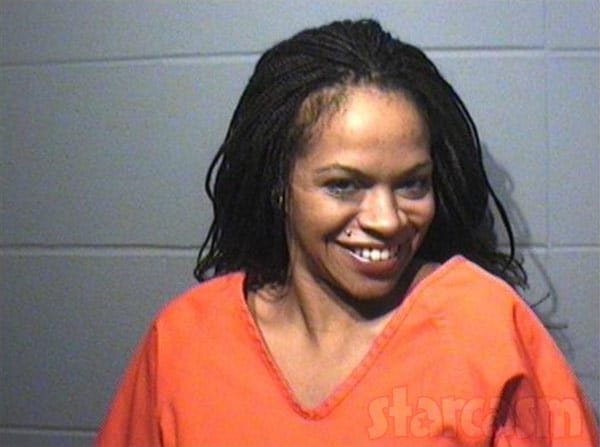 Elizabeth’s attempted bribe combined with her super flirty mug shot (above) caused her to go viral soon after her arrest, including numerous articles on high profile blogs like Perez Hilton.

Prior to her trial, Elizabeth headed out west to California (possibly to try to capitalize on her newfound fame?) where she was arrested for yet another DUI! From the Portage Daily Register in August of 2010:

The woman, while the Wisconsin Dells case was pending, was convicted in California of driving drunk into a park bench and injuring the person who was seated on the bench, said Assistant District Attorney Troy Cross at a hearing Tuesday in Columbia County Circuit Court.

Kommes pleaded guilty to a felony charge of drunken driving as a fifth offense – although Cross said the offense is a sixth, after her conviction in California.

Kommes was “very flirty” while at the police department, Weaver said. At one point she climbed into the lap of a part-time officer as he sat at his desk and asked that two part-time officers join her in her cell in Portage since she had to be there over the weekend, he said.

Kommes also hinted that she could offer him something in addition to money, Weaver testified, by making gestures and implying that she was skilled in a certain sexual act.

“She said her sugar daddy could have it here in two hours,” the arresting Wisconsin Dells officer Jesse Weaver testified.

As part of her guilty plea, the charge of Bribery of a Public Official was dropped. In addition to her prison sentence, Elizabeth was fined $1,800 and ordered to undergo addiction treatment for drugs and alcohol.

Elizabeth remained incarcerated at Central California Women’s Facility in Chowchilla, California — where she has been less than a model inmate.

I will have lots more info on Elizabeth’s antics behind bars (including her relationship with Scott, drug busts, and her numerous online fundraising campaigns) in PART TWO of this post! My apologies for breaking it up, but there is just SOOOOOO much information that it seemed ridiculous to try to include it all in one article. The second part is coming soon, so stay tuned! (I will post a link below.)

UPDATE – And here’s the link! I feel like I could write a book about Lizzie at this point…

Mom crashes car with her kids in it to prove to them God is real, according to police