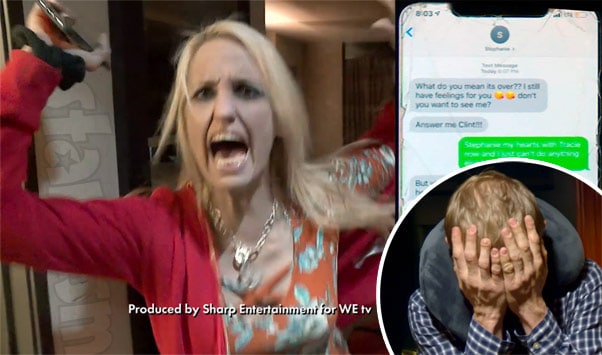 On the current season of Love After Lockup: Life After Lockup, Clint and Tracie are trying to have a nice, post-probation celebratory getaway to Las Vegas. But, things start to unravel when Tracie uses Clint’s phone to take a selfie with him and he receives a text from a woman named Stephanie — the woman Clint starting texting while Tracie was locked away.

WE tv cameras showed the text messages for only a brief moment, but it was more than enough to grab some clear screen grabs of Stephanie’s woo tactics, even with Clint’s screen being cracked from being thrown so many times.

I will start with a photo of the very first text in which Tracie makes the perfect face for when you are posing for a selfie with your husband (well, he’s not actually her husband at this point) and he receives a message from another woman that reads: “I know she nags on you to much.” 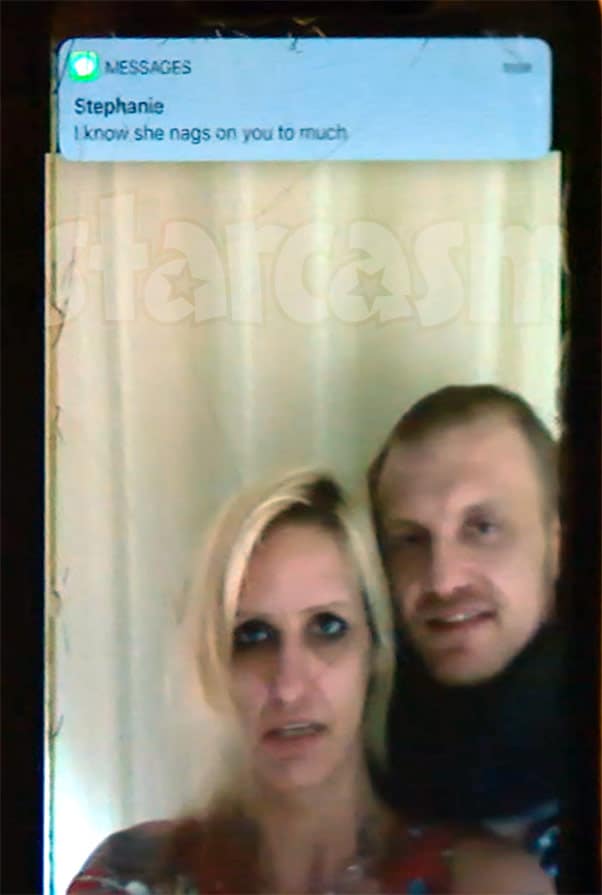 Tracie then opens up Clint’s texting app and reveals more texts from the aspiring Goddess. “I still have feelings for you. I will be your new Goddess,” Tracie reads. We’re then shown a full screen of texts — all from the previous two hours. Here’s a photo followed by a transcript: 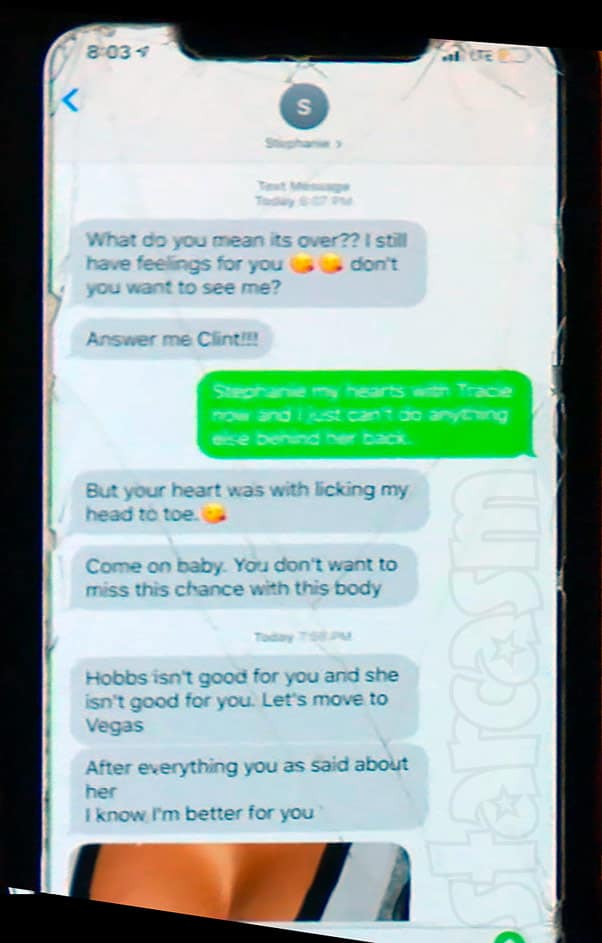 STEPHANIE: What do you mean its over?? I still have feelings for you ?? don’t you want to see me?

CLINT: Stephanie my hearts with Tracie now and I just can’t do anything else behind her back

STEPHANIE: But your heart was with licking my head to toe.?

STEPHANIE: Come on baby. You don’t want to miss this chance with this body

STEPHANIE: After everything you as said about her
I know I’m better for you

After the episode with the texts aired last week, Tracie responded to comments about it on Twitter with her usual Goddess flair:

TWEET: I think Clint wanted to start a fight so he could get time away from Tracie to message (or possibly meet up with) Stephanie.

TRACIE: God I hope not… she is sooo ugly! It’s sad Clint wanted to settle so low just for a piece of a**! At least get a pretty girl next time! Geez

TWEETS: When he told his dad about it last week, I thought he was saying he talked to some chick while @TracieWagaman was locked up or something. That still would have been messed up, but fixable. I didn’t realize he was STILL talking to this b*tch. That’s absolutely inexcusable ?? And then he had the audacity to get p*ssed off and defensive when Tracie caught him?? Uh huh. Nope. Last season I never would have believed that I’d be rooting for Tracie, but she is absof**kinlutely in the right in this situation. Clint deserves her wrath. What was he thinking?!

TRACIE: Well thnx for rooting for me & understanding why I got all crazy & sh*t toward Clint. We are actually doing much better now.

New episode of #LoveAfterLockup #LifeAfterLockup tonight on @WEtv! Perhaps when the hubbub dies down over Clint sexting another woman he will finally reveal to @TracieWagaman that they aren't actually married? #GoddessScandal https://t.co/EW8jZv6gj2

TWEET: @TracieWagaman Should we whoop Clint’s a** over Stephanie? ???

TRACIE: I thought about it! But I feel more bad for her bc all he wanted was a piece of a**! I mean… did she really think Clint wanted her for her!?

TWEET: He ever messed up again and we’re on his a**!

TRACIE: U got it!

Tracie and Clint appear to still be together, and Tracie has gone so far as to get herself a matching “Clint” tattoo to go with Clint’s “Tracie” tat! 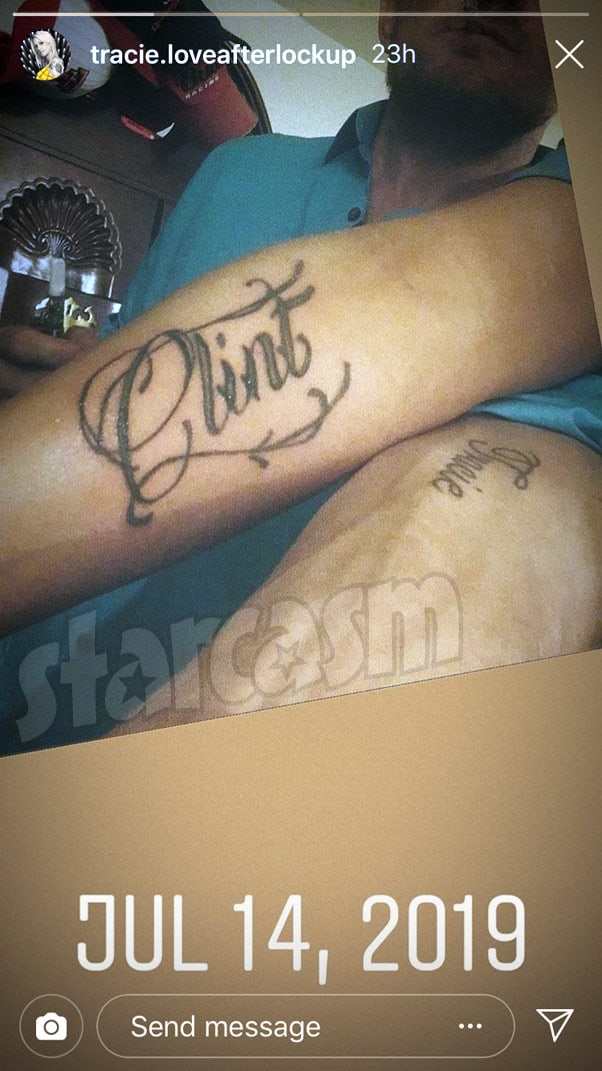 In addition to the new tattoo, Tracie also has a whole new look as she changed up her hair color from blonde to brunette to red: 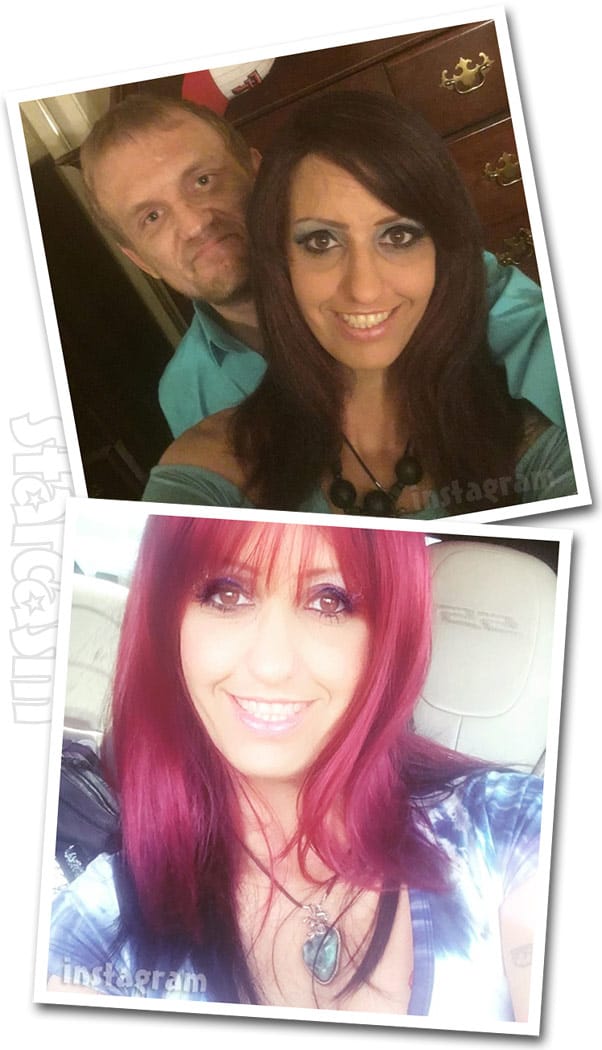 Stephanie better just delete Clint’s number and move on! There can be only one true Goddess! Am I right Larissa? 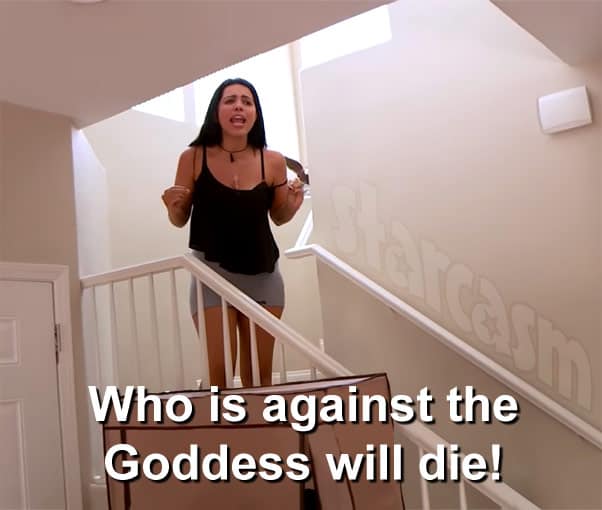 Be sure to find out how the texting scandal plays out with new episodes of Love After Lockup: Life After Lockup airing Friday nights at 9/8c on WE tv!