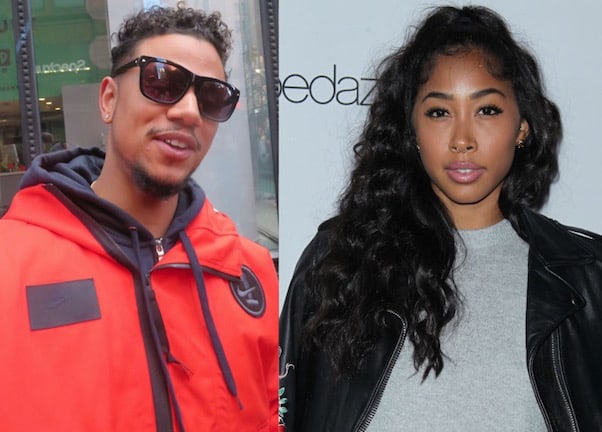 We’re just a few weeks away from Love & Hip Hop Hollywood‘s star-studded return, and this LHHH Season 6 cast update is an appropriately big one. According to numerous sources & reports, OG cast member Lil Fizz — who hasn’t been on the show since 2016 — is back, and he’s bringing some surprises with him. Fizz will be accompanied by his allegedly pregnant new boo Apryl Jones, along with at least one other member of the newly reformed B2K.

Though they only went public with their relationship over the weekend, it seems Fizz and Apryl have been together at least since this past winter, and possibly since late last year. (Devotées will recall that Love & Hip Hop Hollywood began filming its sixth season right at the start of 2019.) We still can’t confirm that Apryl is pregnant with Fizz’s child, but we can say that both OG cast members will be a part of the cast for the upcoming season.

And from the look of things, they didn’t come back for part-time roles. The leaks (and shock posts) related to their relationship have been coming fast and furious since this past weekend. Here’s a collection of just a few, via Hollywood Unlocked:

#HUPoll: #AprylJones and #Fizz are #FriendshipGoals! ? But Is it ok to be this close to your exes best friend? ? Drop comments below! ????

However, despite plenty of gossip to the contrary, it looks like Apryl’s former flame and Fizz’s B2K bandmate Omarion isn’t interested in coming back to the show. He didn’t take Apryl’s bait a few months ago, when she called him a “ghost parent” to their two children. In fact, the month before, he sounded like he’d made peace with Apryl and Fizz’s then-alleged relationship, saying April is “a grown woman” who can date who she likes and reminding everyone “At the end of the day, she’s still the mother of my kids.”

Instead, it looks like Mona may have gone in a similar direction for the latest LHHH Season 6 cast update. We’re hearing that the B2K well got dipped into in the form of Raz-B, who was spotted filming alonside at least Fizz during the band’s reunion tour this past spring.

Finally, the always-reliable @BestRealityBlog has it on good authority that Brooke Valentine and Marcus will *not* be included in the cast this year. Though interest in the couple spiked after they revealed the surprise birth of their first child together, it seems the couple simply didn’t want to be on TV anymore. (Or at least not for the time being.) They’re still under contract, though, so we may well see them again in the future:

Brooke and Marcus WILL NOT be returning to the upcoming season 6 of Love and Hip Hop Hollywood ??❌ The couple WAS NOT FIRED FROM THE SHOW FOR NOT INFORMING PRODUCTION OF BROOKE’S PREGNANCY! They were both asked to return to the show and declined!! #LHHH #lhhhollywood #lhhatl pic.twitter.com/yDCItvDxVF

Frankly, it looks like the upcoming season will be crowded and dramatic as hell. In addition to all the new LHHH Season 6 cast update tea above, the show is still juggling Teairra’s revenge p0rn lawsuit against 50 Cent; K. Michelle’s third attempt at surrogacy (and her surrogate is also a confirmed cast member); Lyrica and A1’s split over his rumored affair with newbie Summer Bunni; and Summer and her manager Antonio Velaz’s fistfights with at least Lyrica and A1 and possibly other cast members.

We don’t have long to wait, either. Love & Hip Hop Hollywood‘s new season is expected to premiere on August 5th, one week after the LHHATL Season 8 reunion finishes up.