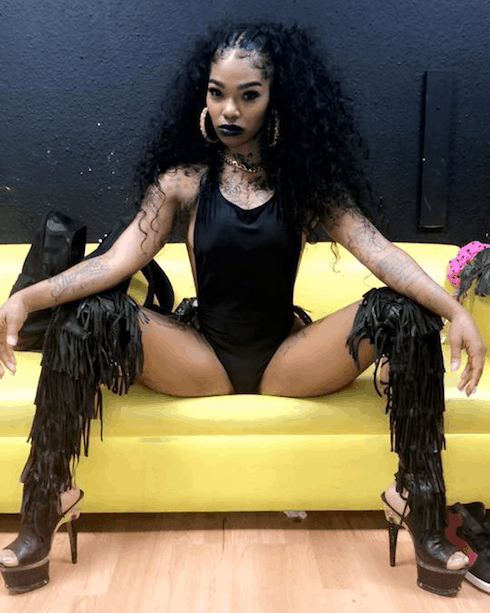 Breakout Love & Hip Hop Hollywood star Apple Watts may be off the pole and keeping her sights on the music business, but she’s still looking for financial security wherever she can get it. Case in point: her recently unearthed SugarDaddy.com profile, in which Apple Watts age and real name are revealed — along with Apple’s frank talk on what it’s going to take for a man to make her happy.

Apple Watts’ SugarDaddy profile — which looks as though it’s still active — is listed under the username “AppleXOXO.” It features an older photo of Apple we first came across when putting together our Apple Watts before-and-after photo gallery. However, the profile does list the Apple Watts age as 27, while every other reputable bio on the LHHH newbie (including our own) gives her birth year as 1985 and her current age as 33: 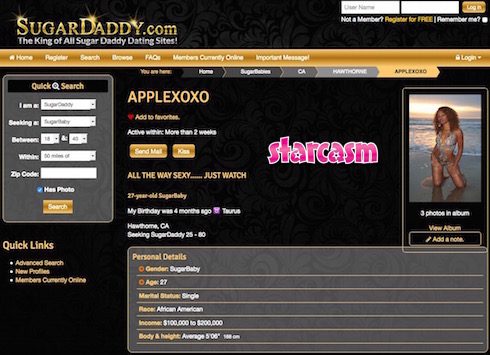 In her “About Me” section, Apple says straight-up that she’s “looking for a man who will take care of me financially and shower me with gifts.” Sex is also important, as Apple wants a man “who is well endowed and makes sex fabulous.” But, while Apple wants to be “spoil[ed],” she’s also willing to hold up her end of this bargain, via her “very long dark curly hair, big butt nice body small stomach and great personality!”

Here’s a screengrab of Apple’s self-explanation, followed by just the text: 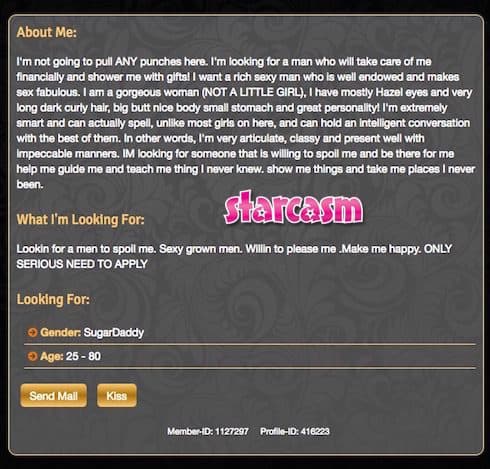 I’m not going to pull ANY punches here. I’m looking for a man who will take care of me financially and shower me with gifts! I want a rich sexy man who is well endowed and makes sex fabulous. I am a gorgeous woman (NOT A LITTLE GIRL), I have mostly Hazel eyes and very long dark curly hair, big butt nice body small stomach and great personality! I’m extremely smart and can actually spell, unlike most girls on here, and can hold an intelligent conversation with the best of them. In other words, I’m very articulate, classy and present well with impeccable manners. IM looking for someone that is willing to spoil me and be there for me help me guide me and teach me thing I never knew. show me things and take me places I never been.

We were able to confirm Apple Watts’ real name thanks to the photo she uses for her SugarDaddy.com profile image, which is also the only publicly viewable image in her photo gallery on the site: 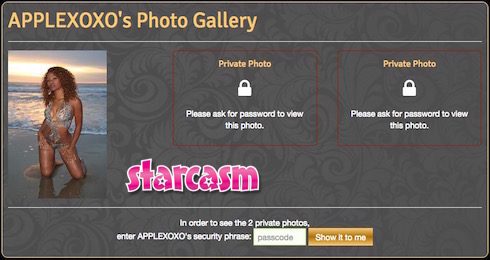 That particular swimsuit shot is the same one Apple used on her still-active MySpace profile. (A larger version of the shot also appears in her MySpace photo gallery.) The MySpace page is registered to a woman named Jontelle Watts: 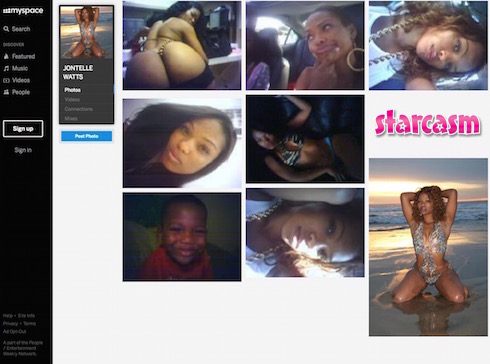 We’ve reached out to Apple to see if her account is indeed still active and will update the article if we hear back. In the meantime, Apple’s Love & Hip Hop Hollywood debut season continues Monday nights at 8 on VH1.

UPDATE – Apple responded to our post by stating that her SugarDaddy profile is actually several years old, and that she’s definitely moved on from that part of her life. Here’s Apple’s full statement:

Babe u know how old that profile is and I don’t need a dude take care of me …yes back in the days yes but please don’t make it seem like that my past is my past not ashamed of it none.my past made me but at the end of the day ppl try to shame me but so many hoes out here f*cking for free doing dumb sh!t n act better then me naw boo I’m good on any n!gga taking care of me now back then Sh!t what’s popping lol but anyway thank you boo supporting are not Idk if u hating r not but god bless I’m here to stay

If it wasn’t already clear from our coverage of her, the Starcasm crew is 100% pro-Apple Watts. It’s always refreshing to see someone own everything she’s ever done, stay levelheaded about it all, and remain cool as can be. Apple’s done it all on LHHH Season 5 so far and we can only hope she becomes an even bigger part of the show going forward.

Why are Blac Chyna and Rob still together? (Short answer: It’s for the product placements)

LHHH Did Summer Bunni’s manager just confirm that A1 cheated with her?