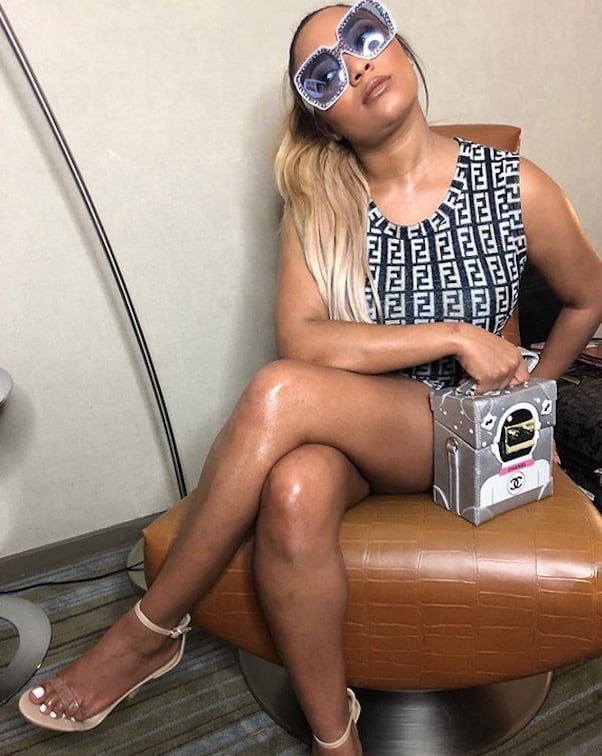 There’s definitely no love lost between Teairra Mari and 50 Cent, but Teairra tried to take their feud to a new level with a quick post-and-delete yesterday. The Love & Hip Hop Hollywood star shared a Photoshopped pic of 50 Cent in what we’ll call a compromising position after a surprise legal win — one that was only reported on well after Teairra had deleted the shot.

Teairra Mari and 50 Cent have been locked in a legal and social media battle for months, ever since she filed a revenge p0rn lawsuit against 50 and former flame Akbar. Recently, after her lawsuit was dismissed and she was ordered to pay 50 Cent over $30,000 in legal fees, Teairra claimed on the stand that in reality, she’s “broke broke” and hasn’t been able to make the payments.

So it was actually kind of a surprise to see Teairra taunting 50 in her Instagram feed yesterday. The photo below appeared in Teairra’s feed for about an hour in the middle of the morning Pacific time: 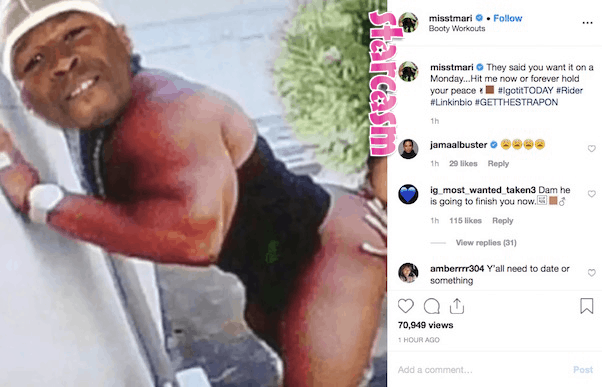 In case you can’t make out the caption, it is: “They said you want it on a Monday…Hit me now or forever hold your peace #igotitTODAY #Rider #linkinbio #GETTHESTRAPON”

Though she deleted the post shortly thereafter, the aforementioned link to Teairra’s latest track “I Ain’t Got It” remains up.

And it now appears that Teairra may have posted the taunt in response to an unexpected win in the courtroom. Legal reps for Teairra Mari and 50 Cent appeared before a judge yesterday regarding 50’s request for an extra $25,000 in damages, based on his assertion that Teairra had been ducking the original $30k in legal restitution. But, as Bossip has just reported, the judge sided with Teairra, declining 50 Cent’s “motion for sanctions” in light of Teairra’s recent claims about her financial woes.

No doubt this whole saga is playing out nicely for VH1’s cameras 🙂 Love & Hip Hop Hollywood Season 6 will premiere later this summer.