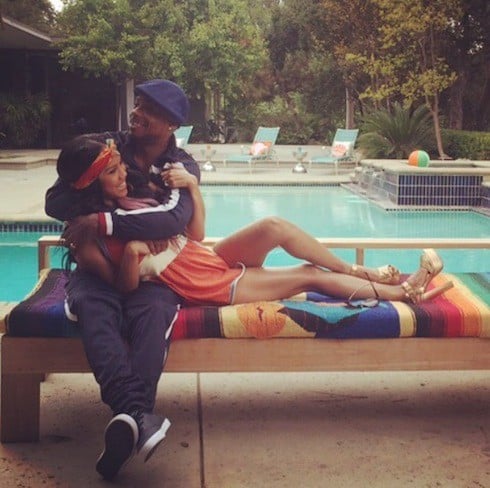 Did Lux get another woman pregnant? The Love & Hip Hop Hollywood cast member has been married to co-star Brandi Boyd for coming up on nine years, but allegations of infidelity nearly tore them apart last year. Now, those allegations have come back to haunt them, thanks to new rumors about the pregnancy of the woman with whom Lux is said to have cheated.

According to a new report by Fameolous, Lux cheated on Brandi with an as-yet-unidentified woman last autumn. We know the approximate date because, as the report further alleges, that woman gave birth to a child three weeks ago, on July 17. While that might look like potentially damning evidence, Lux himself says that the child simply isn’t his: he apparently knows that the woman in question slept with another man within ten days of she and Lux’s encounter, and, therefore, the child must belong to the other man.

Adding another layer to the allegations is the fact that Brandi supposedly knows everything. That’s according to alleged private messages between herself and the other woman, in which the woman asks for the DNA test that Lux has apparently since refused. “I would like to keep this civil,” the message reads; the writer went on to add that if the three of them can’t work things out “I’ll need to take further action thru the courts,” though that isn’t her “style.” And the message ends with an apology: “”No excuses from my end,” she says; “I wish I would of just known better.”

Here’s a screenshot of one exchange: 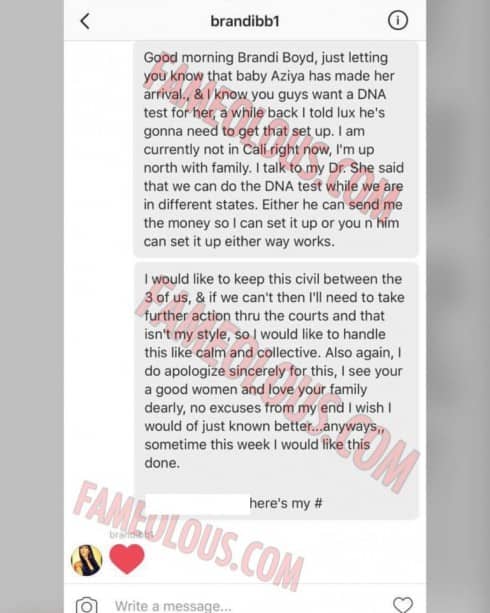 The Fameolous report further states that the pregnancy allegations will be featured on the upcoming season of Love & Hip Hop Hollywood. If so, it looks like that’s no cause for concern within the Boyd family; both Lux and Brandi took to social media this week to profess newfound love for each other and the child they share: 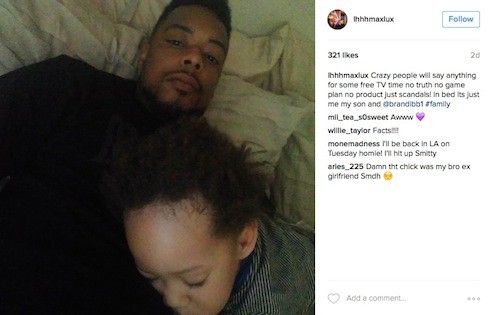 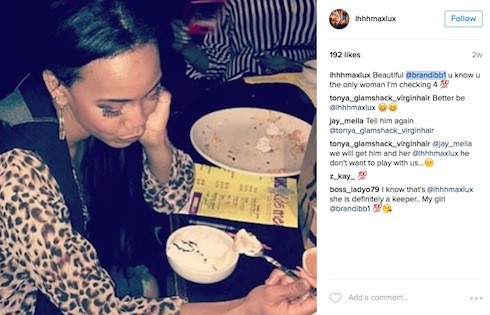 And we already know that Brandi is serious about defending her man–and her reputation–from all the Beckys of the world:

(Photo credits: Did Lux get another woman pregnant via Instagram, Fameolous)

Which songs will Lady GaGa and Elton John duet at the 2010 Grammys?