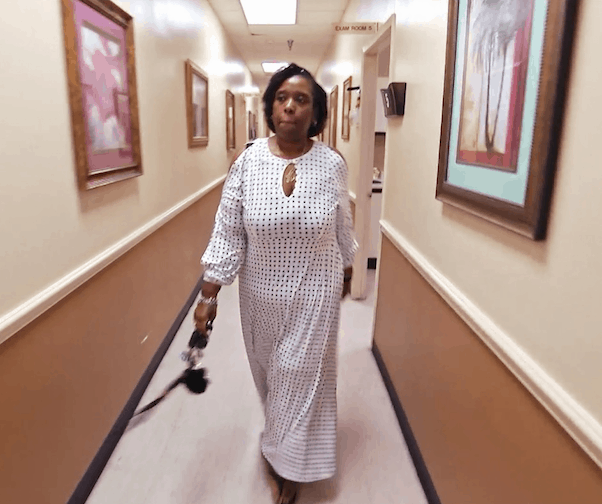 June McCamey has been up to quite a bit since we last checked in with her! The My 600 Lb Life star has continued her weight loss journey in terrific fashion, managing to keep losing weight despite a major milestone in her own life. And the latest My 600 Lb Life June update sees the Where Are They Now? star happily married to the woman of her dreams!

June, who was actually one of the lightest people ever to join the My 600 Lb Life cast, began her weight loss journey back in Season 4 at a peak weight of 590 pounds. Her first episode was a success by any measure: at the end of her first year of filming, June had lost a total of 348 pounds, bringing her all the way down to a far healthier 242.

As we’ve written before, the problem then became one of wanting more success. June butted heads with Dr. Nowzaradan several times over what she considered his too-stringent requirements for skin removal surgery. Though she’d lost well over half of her starting weight, June was, by Dr. Now’s metric, still a little too overweight to qualify for weight loss surgery.

June’s first Where Are They Now? follow-up aired in 2017. Though her weight had for the most part remained steady, June was shocked and horrified by the death of her seventeen-year-old son Kenneth. She began attending regular therapy sessions to help deal with her grief. And one of the many benefits of those sessions was June learning to let herself simply exist at her then-current weight, without feeling guilt over what Kenneth may have thought of it.

By the end of the latest My 600 Lb Life June update — her 2019 follow-up has been available via TLC’s early preview for several weeks — June has overcome more difficulty, and celebrated a huge personal event. In the period leading up to her wedding, June’s weight approached 300 pounds for the first time in several years. The stress of wedding planning — combined with a crowded travel schedule — didn’t help, either. But, by her final weigh-in, June had lost everything she’d gained back and then some: she was at a new low weight of 221 pounds. It wasn’t her goal weight of 200, but, considering everything she’d had to sacrifice to get there, the number was worth celebrating.

Of course, it’s also important to point out that June had gotten down to 221 even *after* her wedding! In the scene immediately before her final weigh-in, June married her now-wife Mary in a simple ceremony that saw both women unable to hold back tears of joy. And let’s not overlook June looking like pure fire in her wedding dress: 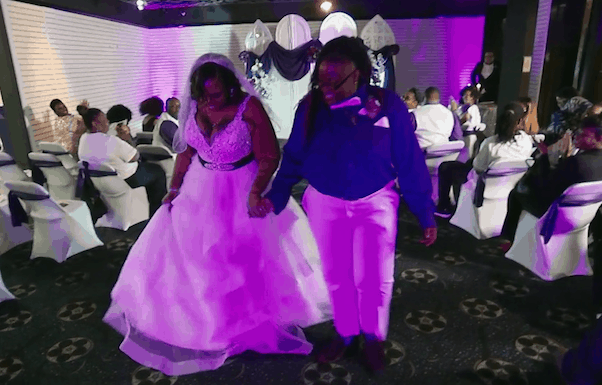 One of June’s most recent social media updates seems to sum up her overall outlook on life pretty well. Despite no shortage of travails, she takes refuge in her faith, keeps fighting, and remembers to reach out to her friends, family, and followers:

? Thinking You Can’t ? Feeling Your Not Good Enough ? With All The Self-Doubt!

You can follow June on her official Facebook page here. And, if you need to catch up on her weight loss journey, you can stream all three of her My 600 Lb Life episodes on the show’s official site: her 2016 debut, 2017 Where Are They Now? follow-up, and 2019 second follow-up.