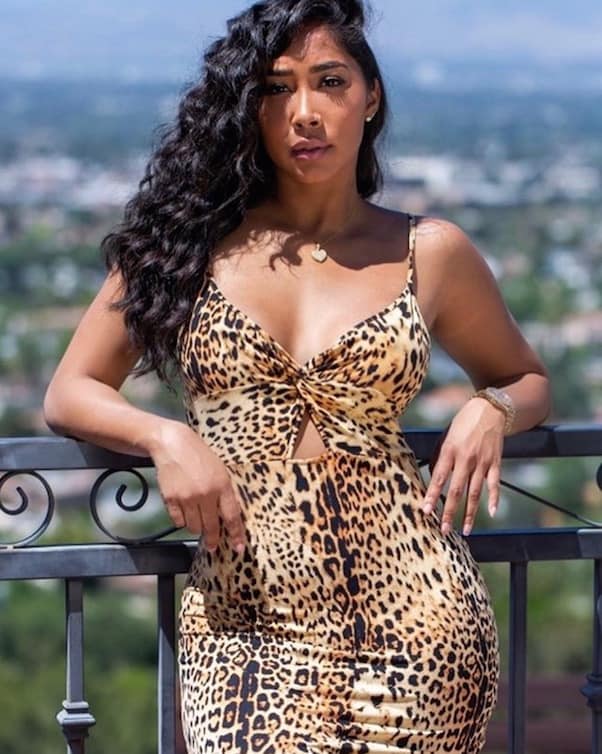 Apryl Jones and Lil Fizz went public with their formerly DL relationship this weekend, but it looks like their months of privacy were pretty productive. The two have apparently already moved in together, and, as has been rumored for awhile now, they’re said to be expecting a baby together. One thing we know for sure is Apryl’s addition to the cast for Love & Hip Hop Hollywood Season 6 means we’re likely to find out a lot more about what’s been going on between her, Fizz, and Fizz’s baby mama Moniece Slaughter.

For now, the word on the street is that Apryl Jones and Lil Fizz are indeed getting ready to welcome a baby. Of course, Moniece did most of the work giving that rumor some traction with a winking comment on an Instagram clip of Apryl’s in which fans claimed they could see a baby bump. To that, Moniece responded, “We’re about to find out in about 6mos or so.”

There’s been no love lost between Moniece and Apryl over the past few months. Last December, when the two of them actually aired (some of) their grievances during an IG Live session, Moniece claimed she didn’t really have a problem with Apryl, saying her beef was with Fizz for “being weird” when he’s around Apryl and messing up Moniece’s Christmas plans with their son Kamron.

But the situation may have changed *just* a bit since then. Here’s what Moniece had to say about the whole Apryl Jones and Lil Fizz drama a couple of days ago; according to her, the only thing that needs to happen for the three of them to be the “biggest, bestest blended family ever” is for Apryl and Fizz to “mind [their] f*cking business.”

Congratulations are in order for Apryl Jones and Teeny Fizzle Pop, on the announcement of their relationship-slash-f*ckship. Congrats on moving into the new house together; congrats on potentially getting married and having kids. And I could not wish for a better stepmother, ummm…for my son! Just be a little more respectful, and…mind your f*cking business. And we can be the biggest, bestest blended family ever.

Before this weekend, we thought the LHHH Season 6 storylines to watch would be Teairra’s ongoing legal battle and fallout from 50 Cent and the whole revenge p0rn debacle, and newbies Summer Bunni and Antonio Velaz throwing down against Lyrica and A1 and generally fighting everyone else in the cast. But if the show gives us even a little bit of this baby mama drama, we’re all in for a very entertaining time. (No word yet on whether Fizz himself will rejoin the cast as a guest star.)

Love & Hip Hop Hollywood‘s new season is expected to premiere on August 5th, one week after the LHHATL Season 8 reunion finishes up.