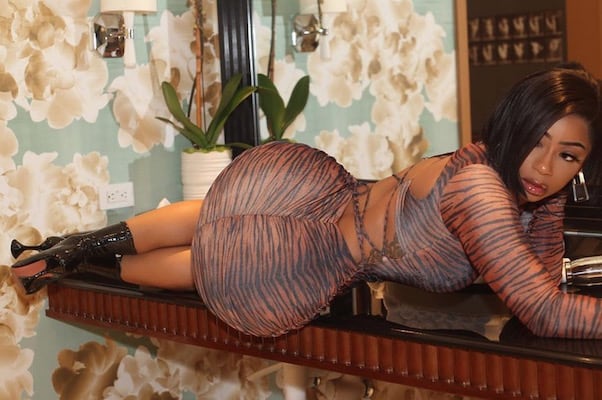 We recently reported on an anonymously sourced item claiming Rob Kardashian dating Tommie, formerly of Love & Hip Hop Atlanta infamy. While it looked like the initial report was maybe not as informed as it could have been, we admired it for a bunch of reasons that boiled down to “This gossip knows it’s BS.”

Now, a new report offers the counter-claim: that any story about Rob Kardashian dating Tommie is “100 percent untrue.” TMZ was first on the scene with the refutation; according to their take, “Rob and Tommie know each other, but they aren’t close and don’t even talk regularly.” That isn’t exactly a firm no, since you don’t have to be close with someone or even talk to them very much to be “dating” in the celebrity sense (namely, having sex in hotel suites).

TMZ’s article also added a bizarre detail that makes me think there was more to the initial gossip about Rob Kardashian dating Tommie than met the eye. From their story: “Tommie’s got her own show coming in the next few months…so any shot of Rob being on that is gone too.” So, Rob and Tommie know each other casually, aren’t close, and don’t really talk, but there had been a chance that Rob would show up on Tommie’s still-unconfirmed reality show at some unspecified point in the near future, and now he can’t? Why would an appearance on her show be a thing if the two aren’t anything more than super casual acquaintances?

What this sounds like most of all is some sort of behind-the-scenes planting in order to get a Rob & Chyna-like love story in the media before Tommie’s show debuts. Maybe Rob’s people let the story out too early, and TMZ’s article is Tommie’s camp’s response. Maybe everything fell apart for another reason.

A final note on this bizarre non-relationship: one person who wasn’t having any of it was Wendy Williams. She devoted a good chunk of her latest “Hot Topics” segment to the rumors about the two — specifically, why they would make a terrible couple. Skip ahead to 3:43 if you want to see just the section on Tommie & Rob: