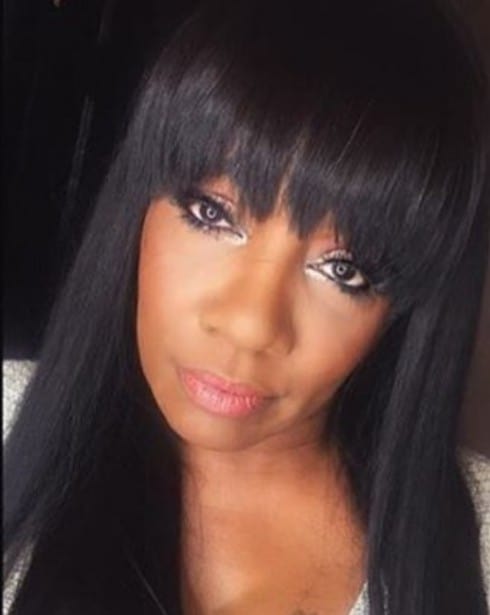 Since Love & Hip Hop Atlanta Season 6 is about to drop, we thought we’d check in on one of Season 5’s most controversial figures with a Karen King trial update–and, unfortunately, it looks like KK is still facing down a serious sentence. Devoteés will recall that Karen was arrested last May in a forgery and identity theft sting that also netted an accomplice. The Fulton County police report, later obtained by the Atlanta Journal-Constitution, states that Karen allegedly participated in a fraud ring involving false identities, stolen credit card numbers, and kickbacks for illegal sales and returns at an Atlanta Saks Fifth Avenue.

But that case has yet to come to trial–in fact, it’s been delayed several times over the past few months, each time at the request of Karen and her legal team. According to Fulton County Superior Court records, Karen has requested a Leave of Absence five separate times since October of 2016, and most recently on February 6th of this year. A formal Leave of Absence is not unusual; the Uniform Superior Court Rules state that an attorney is entitled to a leave of 30 days or fewer, as long as the attorney gives 30 days notice.

However, the rules only apply to attorneys, and make no mention of defendants, so it’s not currently known whether Karen had one of her attorneys ask for a leave that was actually on her behalf. (It might also be worth pointing out that Karen has three separate lawyers defending her, and that the rules say nothing about a per-lawyer limit on Leaves.) 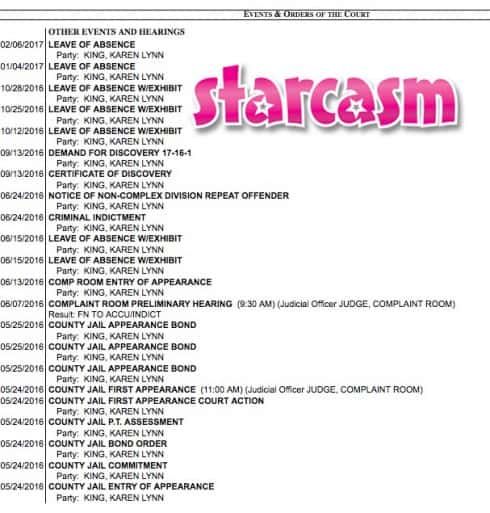 When you combine the five Leaves of Absence with last September’s Demand For Discovery–basically a formal request for a list of all evidence in the defendant’s possession, along with her statement–it’s hard to say whether Karen is stalling or putting together a truly bulletproof defense. But, while Love & Hip Hop Atlanta Season 6 is already finished filming, it’s still possible that Karen could be unavailable to participate in Season 7.