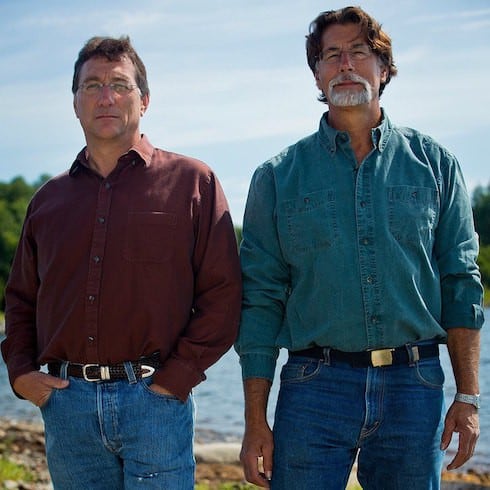 Given that Season 4 ended on something of an anticlimax, fans have been waiting for news about Curse of Oak Island Season 5 with a mixture of excitement and dread (and rolled eyes). Despite a two-hour season finale, the latest excursion resulted in little more than hints and insinuations for the Oak Island crew. And Season 4 was shot through with subplots and asides about how long the dig has been going on (we’re at ten years and counting), how much money the Laginas have sunk into the island, and whether, at some point, their time is better spent simply calling it quits and heading home.

RELATED: Will the Curse of Oak Island Season Finale mark the end of the dig for Rick and Marty?

Additionally, the brothers are not currently under contract–with History or any other network–for more episodes beyond Season 4. So, though the show remains one of the two or three most popular on History, fears that the plug will be pulled before Curse of Oak Island Season 5 are rampant.

But not so fast, says producer Kevin Burns, the man responsible for creating the show. Burns addressed fan fears in a recent interview with Nova Scotia publication Local Express, calling the Laginas’ latest finds “promising” and suggesting–without saying anything outright–that Season 5 is all but confirmed.

In fact, according to Burns, he, Rick, and Marty would be fools not to press on, given the enormity of the discoveries they made at the end of Season 4. “Every year we seem to get this weird, weird break of a find before the end of the season,” he said. “That’s why we literally went from a one-hour finale to a two-hour finale, because the material we got was so incredible.”

When it comes to the possibility of a Season 5, Burns’ optimism and enthusiasm run over like a little kid discovering his first obsession:

We are not set to come back for another year, take of that what you will. Every year the brothers are very reluctant to agree to do any more. This was always a hard sell for them. They did not approach us. They are not eager television personalities. I think they’re great on TV but they were very wary, which I understand. They were not big reality show people, they didn’t want celebrity, they didn’t want fame. They really didn’t. They’re very humble, particularly Rick. Four or five months a year away from their families and the conditions can be very gruelling, and Marty and Rick are wonderful guys….Do I think there’s more of the story to tell beyond this season? Yes. I think you could do 10 years on this show and you could find lots of things and lots of treasure, and I would still not be convinced that’s all there is to the story. I think Oak Island has many, many, many stories to tell.

Burns did also note that one of the Lagina brothers’ primary concerned before Curse of Oak Island went into production was that they would dig and dig (and dig and dig and dig…) and never find anything. How did their producer got them to move forward? By convincing them that the real treasure is the story that they’re telling each week. And if that’s not an indication that the top-rated show will definitely be back for at least one more season, then nothing is 😉

As usual, we’ll cap this Oak Island update off with some of the best reactions to the show social media has to offer:

A brief summary of Every episode of The Curse Of Oak Island… #oakisland pic.twitter.com/1UjFWYZXNI

Am I the only person on the planet still watching The Curse of #oakisland ? I've made it this far so can't stop watching now.

my dad watching the curse of oak island: I AM SO PISSED I JUST WANT TO SEE THE TREASURE WHY ISN'T THIS LIKE THE GOONIES

If they don't find anything on The Curse of Oak Island in the next 6 or 7 seasons, I'll never watch it again.

BLACK INK CREW Dutchess cheated on Ceaser with new boyfriend Zack Sanchez, but is she still with him?