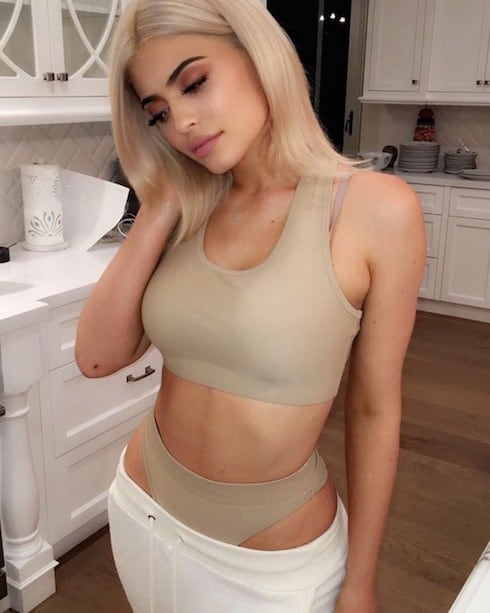 Well, that didn’t take long: Rumors of a Kylie Jenner pregnancy are flying fast and furious this week, thanks to Blac Chyna’s brand-new little girl Dream Kardashian. According to the latest anonymously sourced rumors, Kylie is desperate for a baby of her own, and is insisting that Tyga–who is still her boyfriend–get her pregnant as soon as possible.

Kylie has “a serious case of baby fever,” according to a Hollywood Life report. And that fever has only been made worse by all extra the babysitting of Tyga’s song King Cairo she’s had to do “while Blac’s been in the hospital.” Apparently, the combination of child care and a new addition to the family were all it took for 19-year-old Kylie’s hormones to kick into overdrive, as HL’s source explains: “She explained to [Tyga] she wants to have a child while she’s still young so she can have the energy and stamina to keep up with the kid just like she’s keeping up with King! She’s been reading to King, playing basketball with him, making him healthy snacks and even helping him with homework.”

And Tyga is allegedly more than willing to fulfill his end of the bargain. He “wants Kylie pregnant,” claims a new Inquisitr dispatch, one that goes on to suggest that jealousy over Blac’s daughter is a prime motivator. Though the reason for the jealousy isn’t made clear, their take seems to suggest that wedding bells are a definite part of the pair’s immediate future… 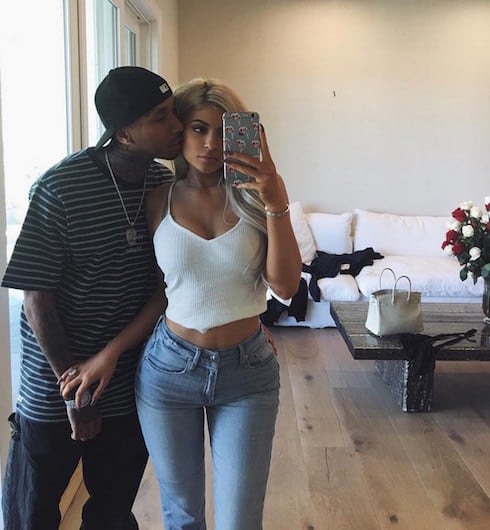 …which is something that jives with recent rumors of the pair’s secret engagement. Kylie made waves last week, shortly before Blac gave birth, when she shared a pair of photos appearing to depict a huge engagement ring on her hand–and Tyga’s warm embrace, as seen above, not far behind. The photo’s caption? “They don’t know,” Kylie said, in a pseudo-cryptic update that may have been nothing more than idle mischief.