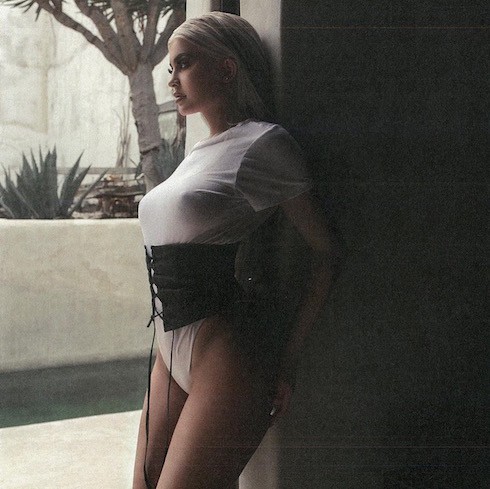 It’s been almost two weeks since the world found out that Kylie Jenner is pregnant, and we still don’t actually know that much more than we did three weeks ago. Kylie is apparently due sometime in February, though she may have gotten pregnant as early as April (in which case, she’s actually due in January), or as late as early June (for a March birth). Kylie’s current boyfriend Travis Scott is widely believed to be the father, but it could also be Kylie’s longtime boyfriend and hanger-on Tyga. And there’s a pair of competing rumors that allege 20-year-old Kylie is actually the surrogate for either 36-year-old half-sister Kim Kardashian *or* 33-year-old Khloe. It’s a busy time for Kardashian gossip!

So it should come as no surprise that talk of a Kylie Jenner abortion is now surfacing. The report comes from In Touch, which claims that news of her pregnancy had Kylie “weighing all of her options”–including aborting the fetus. They quote an anonymous insider who says “Kylie couldn’t believe her eyes when the test came back positive,” adding that “Kylie was very conflicted in the beginning about whether or not she was going to keep the baby. It was a decision that was weighing heavily on her and it wasn’t something that she took lightly.”

However, this isn’t the first time that allegations of a Kylie Jenner abortion have surfaced–devotées will recall that it also came up last December, when Kylie supposedly had a “pregnancy scare” and Tyga wasn’t there for her. And it’s not entirely surprising that a fashion mogul who’s on track to be a billionaire by this time next year would have second thoughts about adding a baby to her life before turning 21.

The source doesn’t say what changed Kylie’s mind–so I guess it’s still an option for her?–but does offer comment on the pseudo-mystery surrounding the baby’s father. Kylie “really believes” that Travis is her baby daddy; she’s “sure” because “she was only with him at the time she got pregnant.” If that part is true, it would appear to confirm that Kylie’s due date could indeed be earlier than expected: she broke up with Tyga in early April, was seen with Travis very shortly thereafter, and went public with her new boyfriend in early May.

Report: Levi Johnston slips off Levi’s puts Johnston to work, will be a daddy again