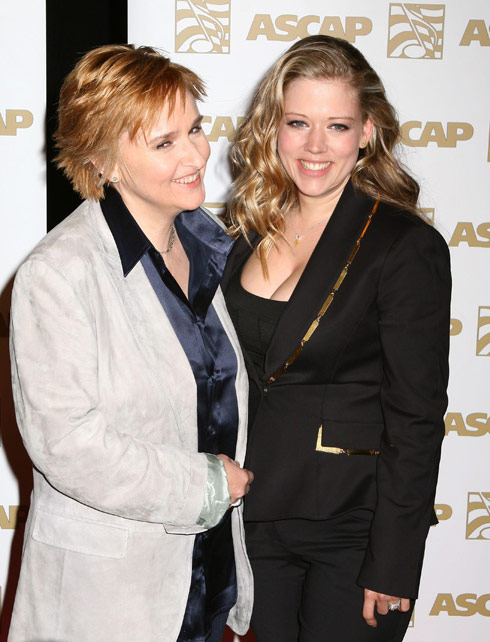 Melissa Etheridge’s ex-lover Tammy Lynn Michaels took to her blog and blasted out some very private information in regards to the split between the two. In doing so, she insinuates that Melissa was having an affair with her “best man” and current lover Linda Wallem.

That particular revelation may seem sensational but the means by which Tammy claims that she discovered that her romance with Melissa was finished is unbelievable.  This improbable situation involves the incorrect delivery of a box of sex toys!  Here are some snippets of what Tammy Lynn wrote in poetic form as it appears on her blog:

And here is the real eye opener from Tammy’s post titled, “spread, spread, walk the talk.”

i called her
“i have your new d!cks on my kitchen counter?”

Whoops!  That had to be a tough phone call for Etheridge to take.  It looks like Tammy is no stranger to proper blog etiquette as she added a distinct disclaimer that made sure not to, ahem, directly accuse Melissa of cheating while the two were living together.  She wrote:

“…so. you know. people magazine tries to get things right. they try to
clean things up for the famous folk- their sources are usually the publicist
for the celebrity. i’m here to clarify. well… i want to clarify without
dealing with getting sued for SLANDER (and paying someone), which would include me saying that the two were involved while I was living there (it is still my house, by the way). and i haven’t gone just that far yet.”

Melissa’s new lover Linda Wellem, whom Tammy is referring to, is the creator of the show Nurse Jackie.