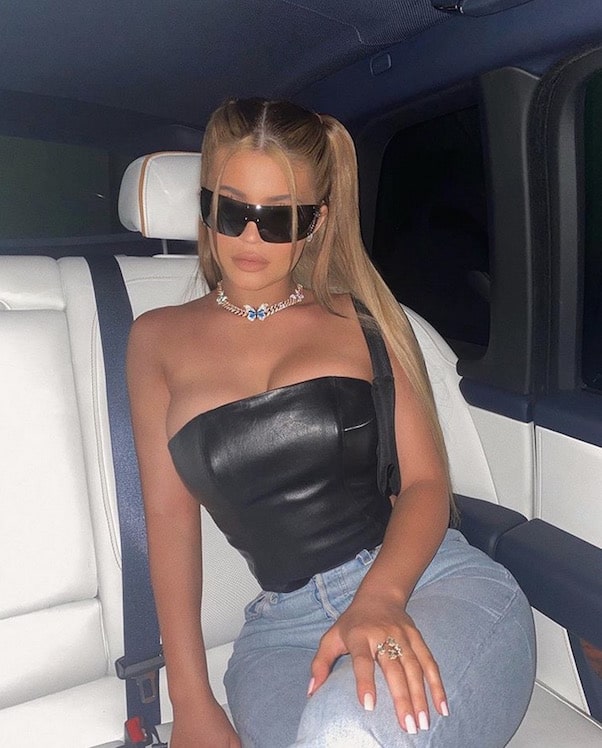 For almost two years, Kylie Jenner has been lauded and excoriated for her status as one of the world’s youngest billionaires. Celebrity net worth and gossip machine Forbes christened Kylie the world’s youngest self-made billionaire back in the summer of 2018, and she’s been catching hell and praise in about equal measure ever since. But that lofty status took a sharp turn into Kylie Jenner fake billionaire territory today, after the same magazine published a scathing exposé alleging some serious financial fakery on Kylie’s part to get to her (again, alleged) ten-figure fortune in the first place.

The full piece, which you can read here, really boils down to this: Forbes says that Kylie and momager Kris Jenner have been fudging the numbers on Kylie’s real net worth for years. Forbes also claims it had the good sense to not publish some financial information the magazine thought was bogus shortly before Kris turned around and got the same information printed in WWD, which amounted to pretty much the same positive press they would have gotten from Forbes. And the same popular belief that Kylie’s soon-to-be-billionaire status was all but foregone.

But it was the belief in a foregone conclusion that led Forbes to turn around a year later and makes its now-famous claim that Kylie would be a billionaire before her 21st birthday:

By the summer of 2018, when Forbes set out to calculate Kylie’s net worth for our list of the richest self-made women, the industry’s opinion of Kylie’s business had shifted. Those huge revenues were “totally possible,” said one analyst, adding that she had heard similar numbers herself. Another suggested revenues were around $350 million. The estimates kept climbing. Revenues were $400 million, according to a Piper Jaffray research note in 2018. An Oppenheimer report projected sales would top $700 million by 2020.

The Jenners offered us their own number: 2017 revenues were up 7%, they said, to $330 million. “No other influencer has ever gotten to the volume or had the rabid fans and consistency that Kylie has had for the last two and a half years,” an executive at e-commerce platform Shopify, which manages Kylie’s online store, told Forbes at the time. Based on her rapid success—certified by industry sources, plus those 2016 tax returns—Kylie appeared on the cover of Forbes magazine in July 2018, ranking No. 27 on our listing of the richest self-made women. At age 20, she was worth $900 million, we estimated, and would soon become the youngest self-made billionaire ever.

However! Forbes now says that Kylie and Kris “have lied about it every year since 2016—including having their accountant draft tax returns with false numbers—to help juice Forbes’ estimates of Kylie’s earnings and net worth.” The magazine is also quick to point out that they can’t *prove* any actual lying. And there are numerous quotes from industry observers who point out that the Kardashians, being in the entertainment business, are prone to exaggeration.

Other than generating a few new cycles’ worth of Kylie Jenner fake billionaire stories, what does all of this actually mean for Kylie? Well, America is on fire right now, and Kylie is still worth somewhere in the mid- to high-nine figures. So, practically speaking, the idea that she might not actually be an actual, real billionaire doesn’t matter a whole lot. And that is something that the media-savvy 22-year-old appears to understand very well.

Yesterday evening, right before Forbes published its cover story, Kylie posted an oft-memed Dr. Martin Luther King, Jr. quote to Instagram: “There comes a time when silence is betrayal.” (The actual quote is “A time comes when silence is betrayal,” but close enough.) She captioned the quote with a long paragraph about “the murder of George Floyd” and how “speaking up [about racism] is long overdue for the rest of us.” 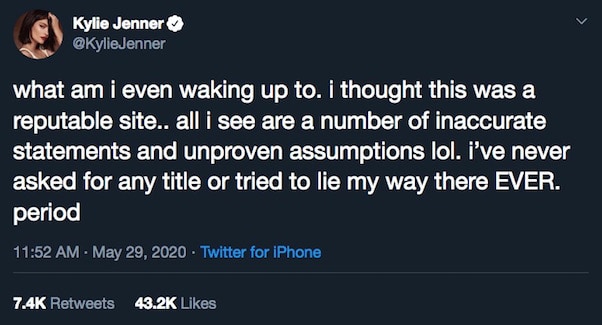 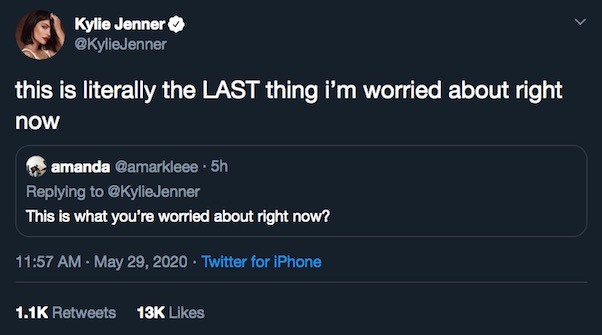 As many people in the comments pointed out, Kylie didn’t present a list of anything more important to her than fixating on her money. Which also isn’t to say that her money is all she cares about. I think Kylie knows that no one really gives a shit if she’s not a billionaire. Forbes talks a really good game, but they’re also pretty up-front about how a lot of their celebrity net worth figures are just heavily educated guesses.

Besides, Kylie has a long time to make up the hundreds of millions of dollars she “lost” and become a legit billionaire, assuming that’s something she wants. I bet all it will take is a week’s worth of gloating from Kanye about how he’s the only billionaire in the family before her resolve hardens like Walter White coming down from the mountains.

The Fosters cast explains why Jake T. Austin left the show ahead of Season Three premiere