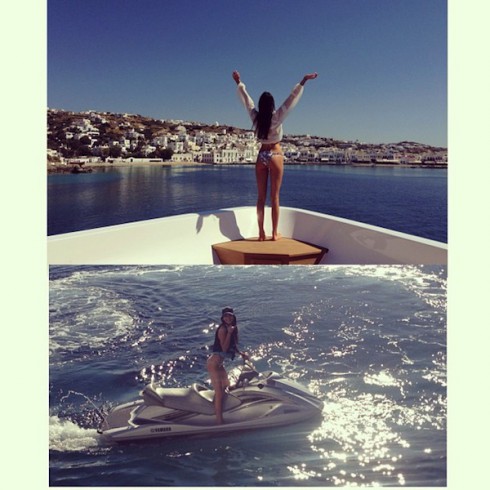 Maybe the Kardashian-Jenners can help turn around Greece’s economic situation by spending a boatload of Kash during their television family vacation.

Kendall Jenner posted the above photos of herself on social media, while her older sisters Kim and Kourtney were papped while doing a photo-shoot on a luxury yacht while sightseeing in the Aegean sea. The family is filming their fun times in Greece for reality show Keeping Up With the Kardashians. 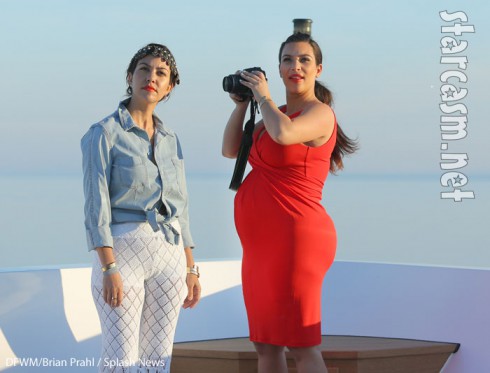 There’s been some controversy over when Kim’s due date is. She and Kanye have been telling everyone that she’s due in July, but there have been multiple reports that she’s actually due in early June. Fashion stylist Monica Rose told Page Six she overheard the reality star say she’s due in “mid-June,” and Hollywoodlife.com has a source saying she’s due in the “first five days” of June. The reasoning? Kim and Kanye wanted to mislead everyone so they could spend some quality time with their newborn before the media storm hit. Guess it’s too late for that.

Why Christina Hendricks doesn’t want to have children