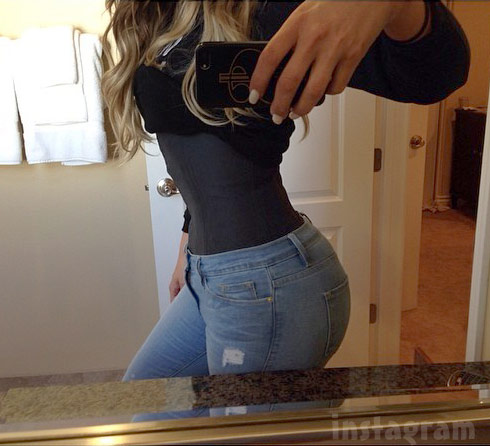 It looks like Khloe Kardashian is giving sister Kim a run for her money in the hourglass figure department! Khloe shared the curvy selfie above on instagram this week in which she shows off her teeny tiny waist and her conversely ample derriere.

“I love my waist trainer from @premadonna87!!!!” Khloe wrote along with the photo, in which she is sporting a pair of tight jeans and what appears to be some sort of corset-like shapewear. She dds, “Miss @blacchyna has me obsessed!!! Who doesn’t love to feel tight and right?!? 🙂 #whatsawaist #waistgang #Fitness #GetItRight”

The thin-waisted selfie is just the latest evidence of what appears to be a complete life makeover for the 29-year-old reality star in the wake of her split from her husband, Lamar Odom. In addition to losing more than 30 pounds in 2013, Khloe has apparently moved on with DJ French Montana and seems to have a growing confidence in her body image. She got the internet all in a tizzy last month when she posted a series of photos of herself in a black one-piece “East Coast” swimsuit and a sailor’s cap while on vacation in Thailand: 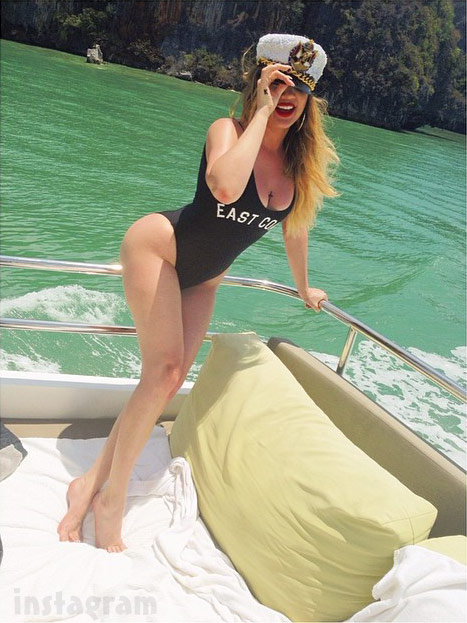 British fashion illustrator Jack Thomas Doheny did a drawing of Khloe in her East Coast swimsuit and sailor’s cap that she retweeted, and the seemingly exaggerated features are now not seeming so exaggerated at all! 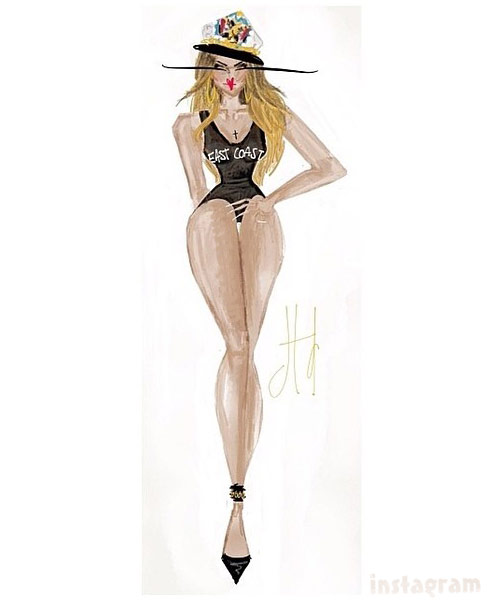 Khloe revisited the naughty nautical theme for a recent promo for RuPaul’s Drag Race as well: 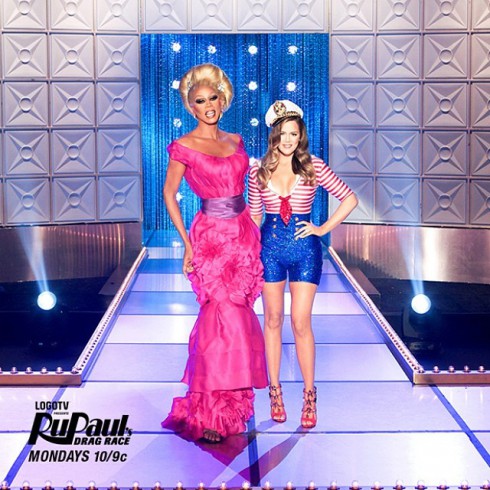 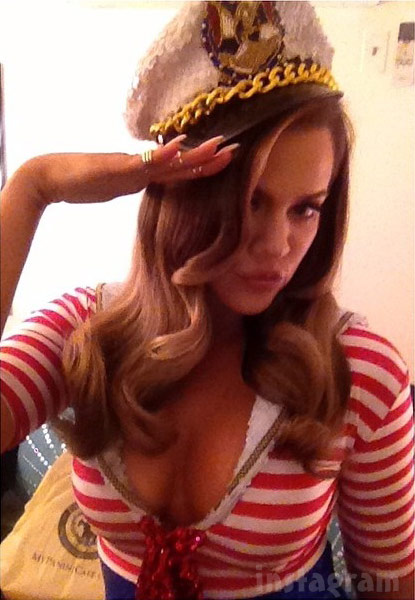 Fans will be able to watch the Khloe Kardashianaissance on three different shows in 2014. In case you missed it, in addition to Keeping Up With The Kardashians, E! has announced two additional spin-offs: Kourtney and Khloe Take The Hamptons and Dash Dolls. the latter two shows are scheduled for fall premieres.