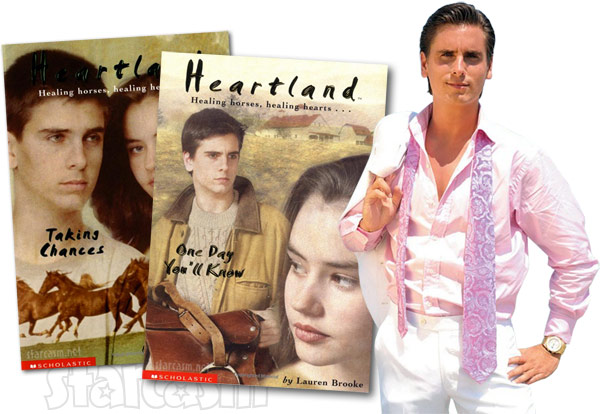 Scott Disick may now be known as the flamboyantly dressed and wildly outspoken boyfriend and co-star of Kourtney Kardashian, but years ago, he was a shy model who made a name for himself as the cover boy of a series of young adult novels! 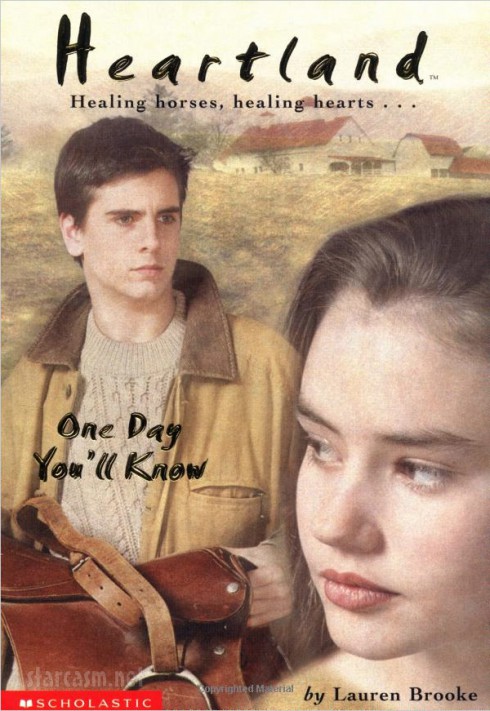 The Heartland books are a series of novels written by author Lauren Brooke about a teenage girl named Amy who lives on a horse healing farm in Virginia. In the books, Scott’s character Ty works at the main character Amy’s mother’s horse refugee and it doesn’t take long before Amy develops feelings for the hunky stable boy. (Sounds like a potential Kourtney Kardashian and Scott Disick scripted E! series to me!) Here’s Ty’s character profile from Wikipedia:

Ty Baldwin – The stable hand at Heartland, Ty dropped out of high school to pursue a permanent position at Heartland. He helps cure the horses. Ty is one of Amy’s closest friends throughout the series. He helps her through personal and professional challenges, and he often understands her when no one else can. Ty and Amy have a close relationship in the series, they become boyfriend, girlfriend later in the series. 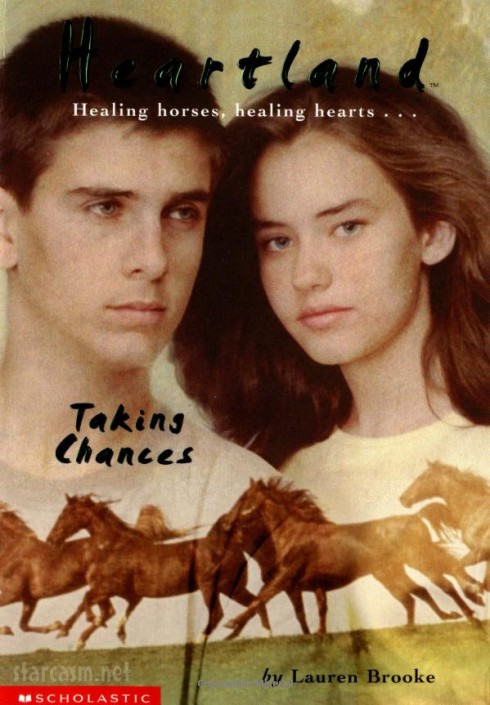 “Scott was an awkward teenager — completely different than how he portrays himself now,” the source says, “He really just came in, got makeup done, stood in front of the camera and left pretty silently, too. Nothing at all like the Scott we know now 12 years later.”

Now that he’s 29 and has two kids, Scott has gotten a bit more confident in his own skin, but as a family insider reveals, he’s always had a knack for being in front of the camera.

Scott “always loved to be the center of attention,” the source says. “If reality TV had existed back then, we all would’ve said that Scott had been born for it.”

Scott will be starring alongside Kourtney in the upcoming Kourtney & Kim Take Miami which premieres this Sunday on E!