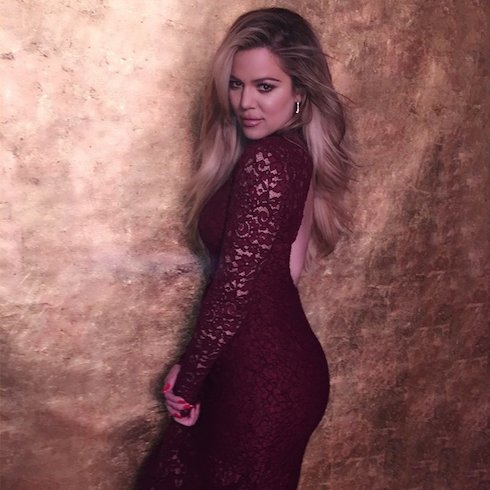 The drama just won’t stop for Khloe Kardashian. The reality TV star, who just yesterday had to cancel the remainder of her book tour because of a staph infection she caught while sitting bedside with husband Lamar Odom, found herself going off on an unexpected Khloe Kardashian Twitter rant late last night. Khloe has since deleted the tweets, and blamed her medication for the rant…but nothing is gone forever on the internet.

Khloe was in bed at home, watching boyfriend James Harden put up 45 points to help the Houston Rockets triumph 108-103 over the Portland Trail Blazers in an overtime thriller. While comfy and cozy, Khloe noticed a few tweets critical of her relationship with Harden: “You can’t be with harden and still be married fam, gotta chose one,” said one. Another user agreed, replying “For better or worse sickness and health till death do them part . I’m with you she needs to pick one or the ou.”

Khloe did not take kindly to those remarks, and decided to fire off a quick response: “Divorce is still going forward. Doesn’t mean I won’t be there through sickness and health. I’ve proven that,” she said. “You should have said those to the man who went against all our vows. Judge yourself. F*ck of.”

(Presumably, Khloe meant to say “off.”)

After that exchange, one observer posited that Khloe was only sticking with Lamar so she would look good “for the media.” That thought also prompted a response from Khloe, who shot back “Ummmmm how does that look good in the media? He wasn’t picking roses my friend. Get off my d*ck.”

Khloe quickly deleted all traces of her vented frustration, except for one tantalizing final tweet:

Signing off…. Antibiotics +painkillers + tweeting does not equal anything good lol

Apparently Khloe and Tristan want another baby together