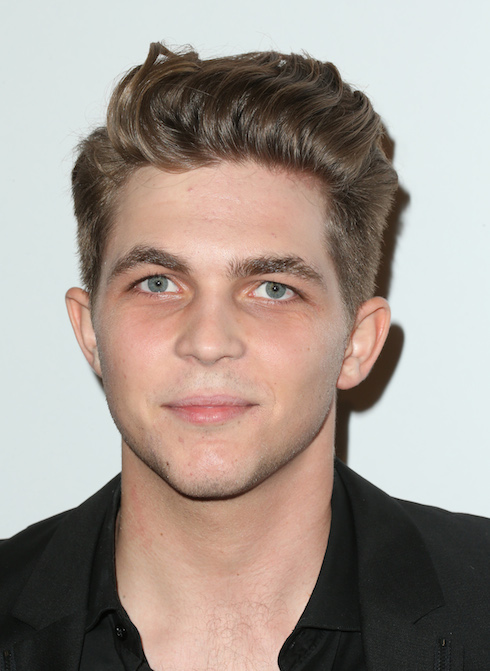 Ariel Winter and Laurent Claude Gaudette have been together for two of their seventeen years, but, in that time, very little has emerged about Laurent. Modern Family devotées know him primarily as the object of Winter’s affections: though she recently laughed in the face of rumors that the pair were set to marry on her eighteenth birthday, Winter has also gushed over Gaudette time and again. Last month, when the pair celebrated their two-year anniversary, she took to Instagram to call him her “schmoo” and tell him “You are everything to me; my love, my other half, the one person who can always challenge me, and occasionally win, and the one that I’m always grateful for.” 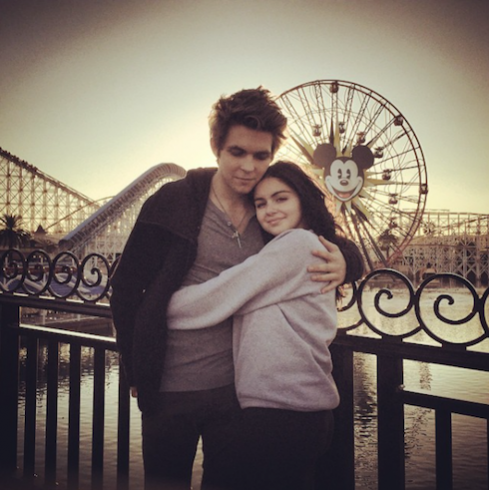 It would appear that music, for now, is Gaudette’s lifeblood and passion–when he’s not spending time with Winter, that is. On his various social media accounts, Gaudette lists his occupation as some variant of musician, singer, songwriter, and producer. Though Gaudette’s song-oriented Facebook profile hasn’t been active for some time, it does link to a Soundcloud account full of the teenager’s own compositions. Consider “Verwundbar,” a composition for solo piano that Gaudette tagged #classical, #sad, #quiet, and #vulnerable:

If that’s not quite your thing, you might try “Manic Depression,” a rather bouncier number that Gaudette calls both “dubstep” and “modern elec,” among other modifiers:

Or, if you don’t care for instrumental numbers, you might give a listen to Gaudette’s YouTube composition. “Hold On To Me,” a depiction of one teenager’s hopeless search for recognition in the form of love, has gotten almost 2,000 views since its debut in the summer of 2014:

For now, though, Gaudette seems content to finish out high school and see where the college waves take him. Rumors have it that he’s angling to go to whichever school Winter chooses. And, because Winter is trying to get into a school in the LA-area so she’ll be able to continue her work on Modern Family, it looks like this couple will be together for for foreseeable future.

Finally, here’s a photo gallery of some of Laurent Claude Gaudette’s happiest Instagrammed moments together:

Happy 2 year anniversary my shmoo! I love you so much that I don’t even know where to start. When we first met two years ago, I felt this insane, unexplainable connection with you and I knew from that day one that you were the one I wanted to be with. Our first argument was the day I think I figured out just how in love I was with you, because even though we seemed to absolutely not get along, opposites still attracted. From that day forward, we’ve had our trials and tribulations, but a day has never gone by where I haven’t been madly in love with you. You are everything to me; my love, my other half, the one person who can always challenge me, and occasionally win, and the one that I’m always grateful for. When we aren’t together, I miss you immensely and feel like a piece of me is missing. You really do complete me, Laurent. Throughout these two years we’ve accomplished so much personally, separate and together, and I’m so proud of the adults we’re becoming and the direction our relationship is beginning to take. Although I may not always remind you of this, but I am extremely grateful for you and feel like the luckiest girl in the world to hold the keys to your heart, as you hold the keys to mine. I love you so much baby. Remember, shmooery never foolery 😉 ∞❤️∞

My Czech shmooey spending a weekend with us Greeks for the wedding 😉 ❤️? A photo posted by Ariel Winter (@arielwinter) on Oct 12, 2015 at 9:35am PDT