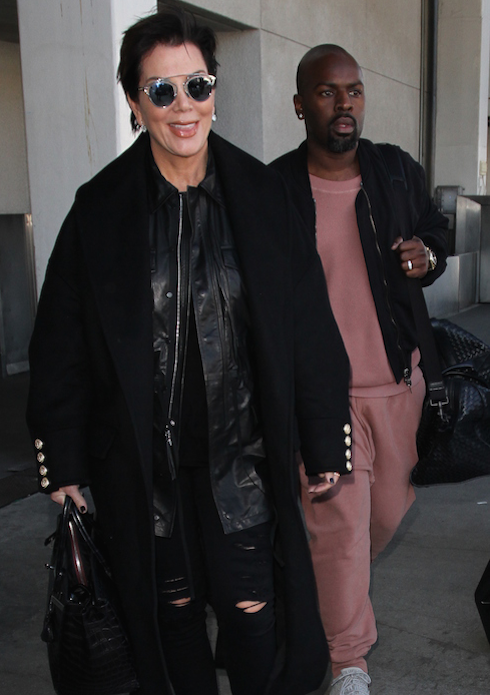 The current Kris Jenner boyfriend situation just got a little bit more complicated. According to insiders with reliable knowledge of the situation, Kris’ boy toy Corey Gamble has considered her marriage proposition–and has rejected it, on the grounds that he needs to be paid more of those Keeping Up With The Kardashians dollars, first.

Kris, 60, and Corey, 34, are set to make their television debut as a couple on the just-premiered season of KUWTK. Currently, Corey pulls in about $10,000 per month for both appearing on the show (starting with this weekend’s episode) and chaperoning Kris to her various social and charitable engagements. When Kris recently asked if he’d consider marrying her, though, Corey’s answer was firm. 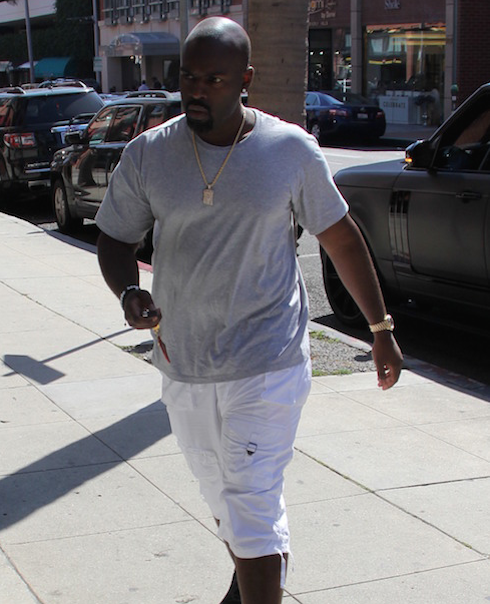 “He’s starting to wise up to how things work,” said a trustworthy insider. “[Corey] figures a promotion should come with more cash.”

How much more? According to that insider, Gamble would consider the proposal if Kris doubled his current salary. He intends to wait until his episodes have begun to air–and for the proposal speculation to heat up well past the point of no return–before giving Kris his demands:

She has to pay everyone who appears on the show, but Corey’s realized he’s one of the lowest-paid of the lot. He’s waiting for all the storylines to be confirmed regarding their engagement and hopefully then it will be too late for her to change her mind.

Speculation about the true nature of the Kris Jenner boyfriend situation ran wild last month, when Kris and Corey returned to LA from a trip abroad–and Kris was sporting a large yellow-jeweled ring on her finger. She never commented on whether or not it was an engagement ring, but has worn it at every public appearance since.

Why does Kris Jenner need an epidural for neck pain?