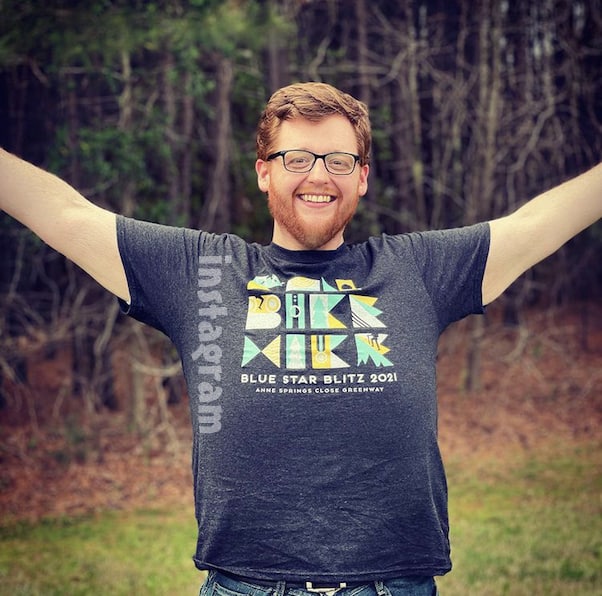 It looks like one of the most awe-inspiring journeys in My 600 Lb Life history may have come to an end. Season 7 star Justin McSwain appeared to bid farewell to the show last week, capping off his weight loss success with a Where Are They Now? episode for the ages.

Of course, ardent fans of Justin’s journey — and there are plenty of them — still have big questions. What about the Justin McSwain skin surgery? And what is Justin’s total weight loss?

Justin McSwain skin surgery: Did he have the procedure?

As Justin’s Where Are They Now? episode revealed, the South Carolina native did in fact undergo successful skin removal surgery. Justin lost approximately 22 pounds of skin during the procedure, accounting for a fair portion of his follow-up episode weight loss.

And to say it’s been a long journey for Justin would be just a bit of an understatement. When he made his My 600 Lb Life debut a couple of years back, Justin, then 27, went semi-viral for the fact that he’d gained 400 pounds in four years as a college student.

But it didn’t take Justin long to leave those years in the rear view mirror. Despite agoraphobia and other mental health problems, Justin began a steady weight loss once he hooked up with Dr. Now.

Justin McSwain weight loss: How much does he weigh now?

But the 334 pounds Justin lost during his debut were only the beginning. As of this writing, Justin McSwain’s total weight loss is over 450 pounds and counting.

During his first Where Are They Now? episode — which he shared with fellow Season 7 star Maja Radanovic — Justin lost almost 120 pounds. In fact, Justin is very nearly in the top ten biggest weight losses My 600 Lb Life has ever captured on film.

And, although he returned to South Carolina after filming for his debut wrapped, Justin continued working with Dr. Now. The result was the same steady and impressive weight loss viewers saw in that debut episode, but continued and compounded with far healthier habits.

In case it wasn’t obvious, the photo at the top of the article is a very recent shot of Justin 😉 His arms are spread in a victory stance not just because of his incredible weight loss. In the photo, Justin is celebrating finishing his first-ever hiking 5k, along the Anne Springs Close Greenway in Fort Mill SC.

But that isn’t the only new Justin McSwain photo we’ve got for you. Here’s another very recent pic, one in the caption for which Justin admitted he’s “still very self-conscious about [his] body.” 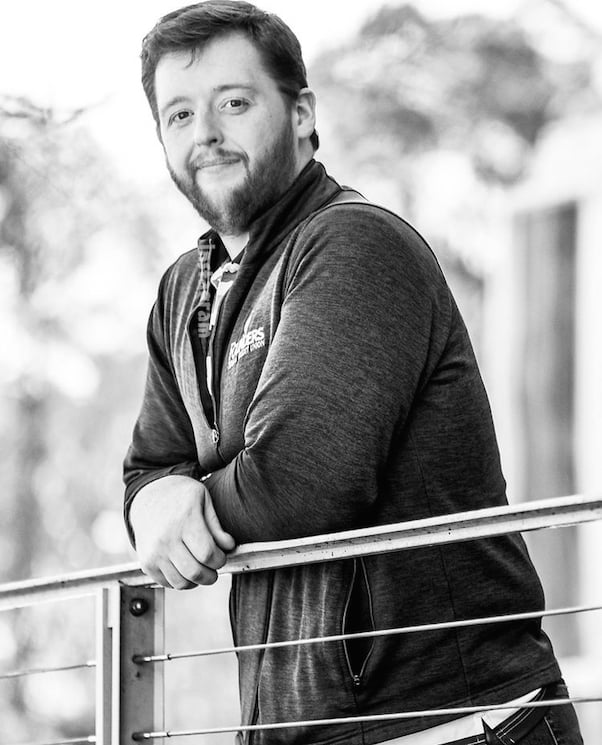 “The loose and excess skin, how I hold myself and what parts I show,” Justin continued. “But every now and then someone manages to get a picture I feel confident in. This is one of those rare and appreciated moments!”

(On that note: Justin didn’t credit the photographer in his post. If you took this picture, let us know and we’ll link to your work!)

In case it wasn’t obvious, Justin has been getting out and about as much as possible since his weight loss surgery. The guy is even climbing walls for fun… 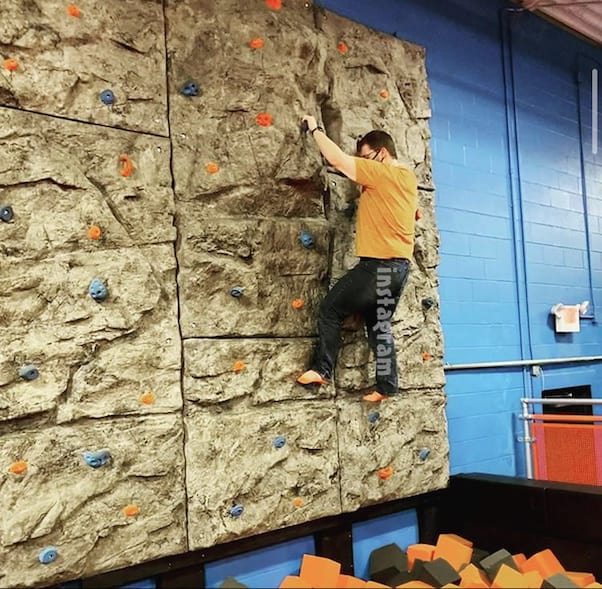 …and flashing the victorious look once more (though can you blame him?) while on a hike late last year: 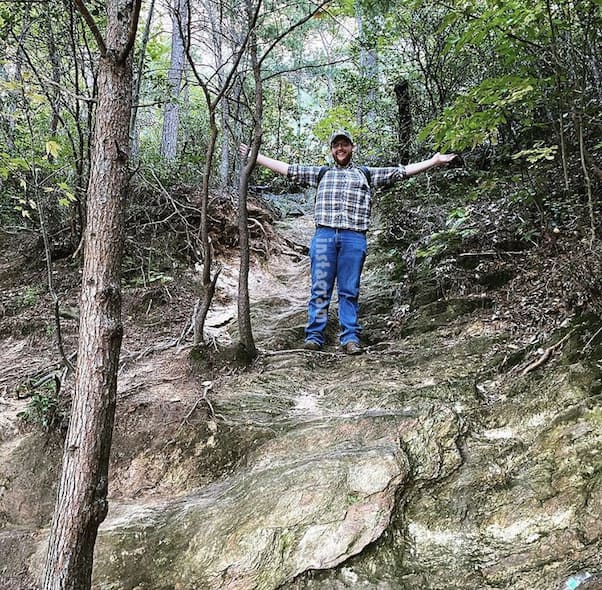 “Had a great morning out on the mountain!” Justin wrote. He added, “I love this new life!”

But, as amazing as all those pics are, they aren’t the most mind-blowing one Justin has shared of late. That honor goes to the snapshot below, in which Justin literally steps into a pair of his old pants…and is less than half of what the waistband will allow. 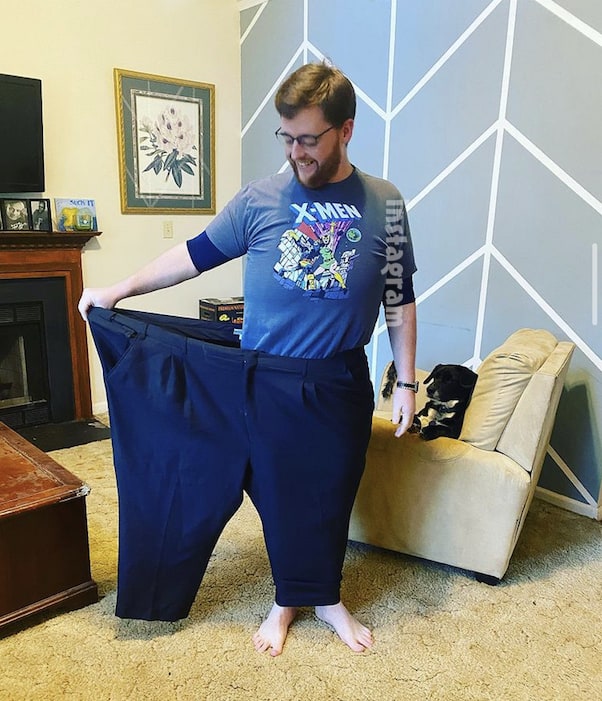 About this time last year I posted a pic about progress over the decade. Today I’m just proud of maintaining over the past (very chaotic) year. These pants are a good reminder of why I do it. Through quarantine and feelings of being trapped again it’s been even harder to maintain than it was to lose, and though it’s far from easy and I do fluctuate, I am still further along than I ever thought possible. Thank you @younannowzaradan for taking a chance on me.

If you missed it the first time around, you can stream Justin’s new Where Are They Now? episode through the show’s official site.