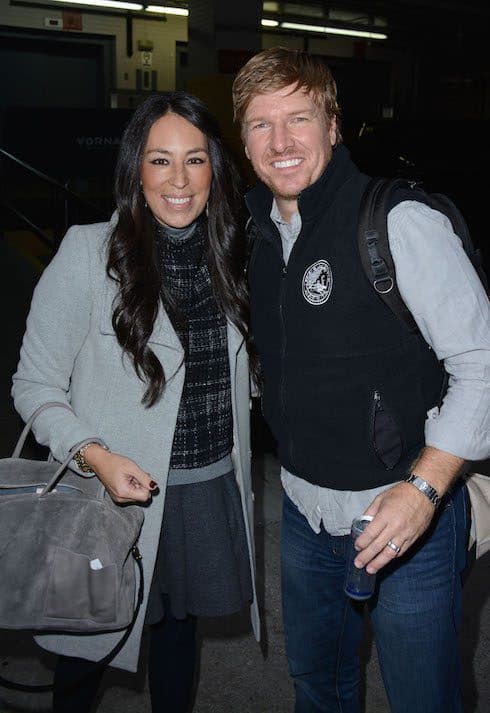 Fixer Upper‘s Joanna Gaines shocked and delighted her millions of fans when she announced her fifth pregnancy. But when is Joanna Gaines’ due date? As we noted after Joanna and Chip’s announcement two weeks ago, Chip took to Twitter in the wake of the news to reveal a few pregnancy hints he and Joanna had dropped to try and clue fans in beforehand.

But Chip also dropped a seemingly casual, yet huge clue about Joanna Gaines’ due date:

Hint #3 You might recall a few months back.. the ever amazing, ever romantic @JOHNNYSWIM was in Waco. And they put on a little too romantic of a concert.. anyways, one thing led to another, & we are officially pregnant. And I could not be more EXCITED! #5 #7ThePerfectNumber

Johnnyswim — who, in case you forgot, are responsible for the Fixer Upper theme song — have played every Silobration so far. The most recent gathering of Fixer Upper fanatics took place on the weekend of October 13-15, 2017; Johnnyswim played the very first night. So, unless Chip is embellishing this story for dramatic and / or comic effect (which is perfectly fine, BTW), it sounds like he and Joanna conceived on or around October 13, 2017.

And Johnnyswim were quick to take Chip’s credit and run with it:

So, when is Joanna Gaines’ due date? A mid-October conception would put her expected delivery in mid-July of 2018. Neither Joanna nor Chip nor any designated Magnolia representatives have given official word yet. But we do have one more thing to consider: the short clip of an ultrasound visit that Joanna recently shared on social media, complete with baby’s beating heart (!):

Chip swears he can already tell it’s a boy. Look at the little heartbeat!! ??❤️❤️ #5

We promise we’re not going to go too much farther down this particular rabbit hole. But, just in case you happened to be curious, it’s worth pointing out that the earliest you can see a heartbeat on an ultrasound is about five weeks, which means Joanna is no less than seven weeks pregnant.

Plus, based on Joanna’s caption, it sounds like the technician and / or doctor don’t yet know whether the Gaines’ fifth child is a boy or a girl. (Though it’s also possible that Chip and Joanna were told, but don’t want to share the news — just as it’s possible that they don’t want to be told before Joanna gives birth.) According to the Mayo Clinic, a baby’s genitals begin to develop around the eleventh week of a pregnancy.

So: The Johnnyswim concert Chip referred to took place approximately eleven weeks before the sonogram, and it seems like the baby in the sonogram itself is between seven and eleven weeks old. Which would in turn suggest that Joanna Gaines’ due date is indeed either July or August of 2018.

(There’s one other speculatory item of note: As Country Living pointed out, back in late, Chip told Houston’s ABC 13 that he was looking forward to making more babies after wrapping up Fixer Upper. “We had four babies right before the show started,” he said. “And then we’ve had zero babies since the show started. For me, I’m really excited to go back and try to maybe…try to make some more babies.”)

While we wait for more news from the Joanna and Chip, you can take comfort in the knowledge that they aren’t leaving Waco anytime soon; that Magnolia Table, their first proper restaurant, will be open very soon; and that new episodes of Fixer Upper continue to air Tuesday nights at 9 on HGTV.

PHOTOS Are Kendall Jenner and Blake Griffin pregnant? She steps out as rumors swirl