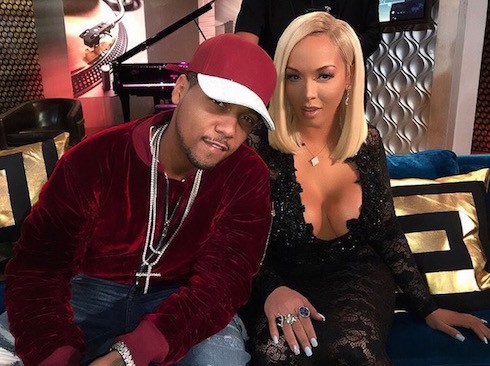 An up-and-down, drama-filled storyline during LHHNY Season 7 has many fans wondering: Are Kimbella and Juelz Santana still together? Speculation that the two split for good has been building in the weeks leading up to Love & Hip Hop New York‘s reunion special, in part because none of the early leaks from reunion filming featured the two of them.

One thing that has become clear, however, is that Peter Gunz, Amina Buddafly, and Tara Wallace are leaving the show following Season 7. Because of that, some LHHNY viewers believe that Juelz and Kimbella will step forward and assume similar roles, leaving their relationship status in question while the cameras are filming. (At least part of this belief stems from a related that says Juelz cheated on Kimbella with Remy Ma, something that’s yet to be proven.)

Further speculation comes from the string of family vacation photos Kimbella has been sharing on Instagram, in which Juelz is conspicuously absent:

Fun in the sun with my beautiful family.. Hi Mom ? #FamilyVaca #Miami

Look who tagged along.. my riders, Mom & Dad ? My parents are getting older it's so important to spend time with them as much as I can! Love you Mom & Dad ?? #MissedThemSoMuch #MomAndPops

Devoteés have further pointed out that the most recent photo of Kimbella and Juelz together came as the two prepared to film the LHHNY Season 7 reunion special. Kimbella shared it a week ago, since that’s when the first part of the special aired–but it was actually taped over a month ago, in mid-January. And, if you’re looking for similarities to raise your eyebrows over, Kimbella’s social media birthday wishes for Juelz sound very similar to what Tara and Amina both said to Peter on his most recent birthday.

Then again, as fan site LHHTea recently pointed out, maybe Kimbella and Juelz’s body language at the reunion taping speaks loudest of all:

(Photo credits: Are Kimbella and Juelz Santana still together via Instagram)