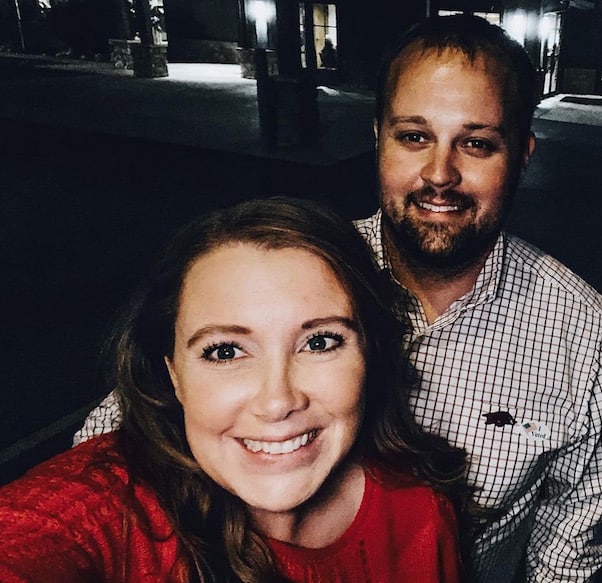 Writing about Josh Duggar coming back to TV would have been understandable yesterday. After all, what better day than April Fool’s to posit that possibly the most notorious former reality TV star in the history of the genre could be getting another gig?

But it’s not April Fool’s anymore, so just prepare yourself for the possibility that Josh may be making regular appearances on Counting On in the not-too-distant future.

Devotées of Josh’s fall from grace will note that this is hardly the first time his alleged comeback has been rumored. But giving new life to the rumors this time was the surprising appearance of Anna Duggar on this week’s Easter-themed episode of Counting On.

It’s the first time Anna’s been on on the show in six years. And it sparked a whole mess of speculation about whether her appearance was simply a warm-up for Josh.

And Josh’s life, you may recall, has hardly been drama-free since he was exposed as a molester of his teenage sisters and serial adulterer.

(Also, a quick side note: It’s bananas to think that both of those scandals broke within three months of each other. There’s just so much immoral and / or potentially illegal stuff always happening with Josh that it’s easy for me to forget how crazy the summer of 2015 was, Duggar-wise.)

For example, let’s not forget the still-mysterious FBI raid on Josh and his partners’ used car lot a couple of years back. Or Josh’s jury trial on a real estate fraud charge unrelated to the aforementioned raid.

There was also the minor, yet compelling drama of Josh, Anna, and their six progeny moving into Jim Bob’s warehouse after selling their own home for less than the asking price.

This is all the kind of stuff that reality TV execs love to see happening in their stars’ off-camera lives. It generates more drama and interest in a show, and gives producers more material to work with when the cameras start rolling again.

Indeed, it’s hard not to imagine TLC and Discovery execs boiling over with frustration at Josh’s 2015 scandals. Everything he’s gotten in headlines for since then has been exactly the kind of thing to drive viewers to a show.

It’s just that Josh has been too toxic to put back on TV.

Or anyway, that’s been the prevailing belief. Now that Anna has primed the pump, it stands to reason we might be seeing more of her in future Counting On episodes.

Should that happen, my guess is it’s not a matter of whether we’ll see Josh on camera again, but when.