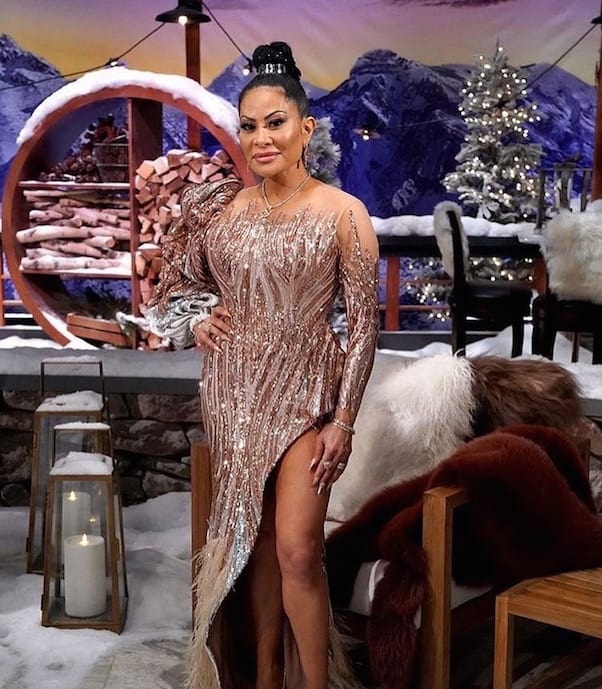 The shockwave generated by Real Housewives of Salt Lake City star Jen Shah’s arrest is still reverberating. The 47-year-old has been charged with multiple counts of fraud stemming from a telemarketing scheme she allegedly ran with her assistant.

As of this writing, Jen has yet to make a public statement on the matter. And her days of silence are both unusual and highly worrying to the Shah Squad. But how bad are the charges against Jen? And how much Jen Shah prison time could she actually get?

How serious is the case against Jen Shah? How much Jen Shah prison time could there be?

The statement goes into plenty of detail about how Jen’s scheme actually worked, and we’ll get to that in a moment. But the truly heart-stopping details are in the sentencing requirements.

Again, from the DOJ’s own statement, the more serious of the two charges is conspiracy to commit wire fraud, “through which [Jen and Stuart] victimized 10 or more persons over the age of 55.”

That charge carries a maximum penalty of 30 years in federal prison.

And the second charge is only slightly less serious. Conspiracy to commit money laundering has a maximum penalty of twenty years behind bars.

All told, Jen Shah could be looking at a maximum of 50 years.

Of course, it’s up to the judge in Jen’s trial to determine how long she’ll actually serve. But, given Jen’s flamboyant lifestyle and fiery personality, it seems like it might be difficult for her to garner much sympathy from any judge.

According to the DOJ, she’s been involved in the same telemarketing scheme for years — since around 2012. Their investigation uncovered an alleged plan by Jen to set up fictional companies, ones that provided no services or even really existed, and then to convince people — primarily the elderly — to invest in those companies.

Jen then pocketed the investments and employed a team of go-betweens to provide fictional updates to the “investors.”

You can read the complete statement here, via Fox 13 Salt Lake City reporter Ben Winslow. Below is an edited and somewhat simplified version of events, but one that hopefully still makes clear the seriousness of the trouble Jen is in.

From 2012 until March 2021, JENNIFER SHAH and STUART SMITH, together with others…carried out a wide-ranging telemarketing scheme that defrauded hundreds of victims…throughout the United States, many of whom were over age 55, by selling those Victims so-called “business services” in connection with the Victims’ purported hardline businesses.

…Participants, including SHAH and SMITH, engaged in a widespread, coordinated effort to traffic in lists of potential victims, or “leads,” many of whom had previously made an initial investment to create an online business with other Participants in the Scheme….SHAH and SMITH, among other things, generated and sold leads to other Participants for use by their telemarketing sales floors with the knowledge that the individuals they had identified as “leads” would be defrauded by the other Participants. SHAH and SMITH received as profit a share of the fraudulent revenue per the terms of their agreement with those Participants.

The complete statement goes into much greater detail about how Jen’s alleged scheme worked and her role in perpetuating it.

It also claims Jen and Stuart “took signfiicant efforts to conceal their roles” in the scheme, including using multiple false names to incorporate their own businesses, using “encrypted messaging applications” to communicate, and having their profits deposited in offshore accounts.

How did Jason Patric become a sperm donor instead of a father? Should he have rights to his son?