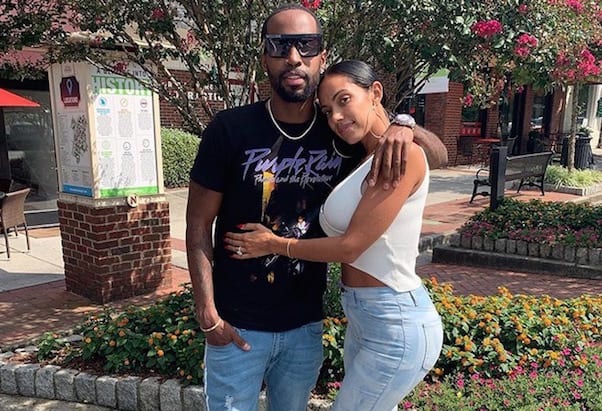 Now that Love & Hip Hop New York Season 10 has begun filming, it looks like Erica Mena and Safaree Samuels might have started announcing the next big steps in their relationship. Fresh off of the rumors that they’re expecting their first child together comes the likelihood of Erica and Safaree married on the DL, likely either today or last weekend.

The pair had been teasing their upcoming nuptials for days before a pair of matching social media posts this morning made it look like they had finally jumped the broom. Six days ago, @shescrazyimnot, Erica and Safaree’s joint Instagram account, shared the following photo: 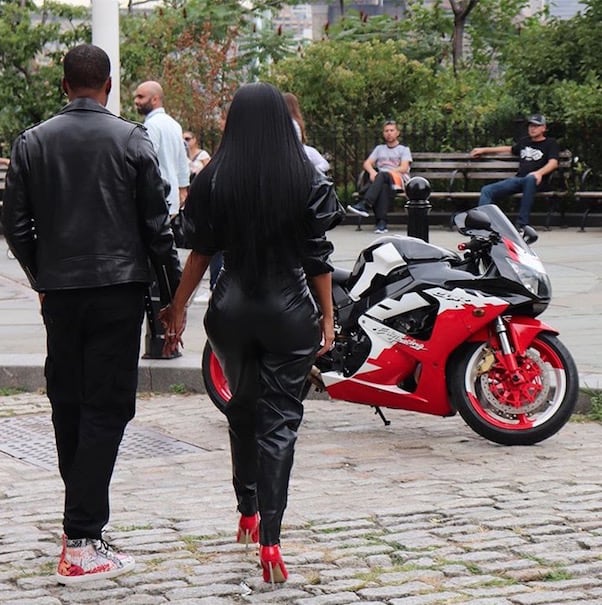 The caption was what really got people talking: “Almost time to say I Do ???,” they wrote.

As of this writing, that post is the most recent the account has made. But earlier today, both Erica and Safaree shared identical photos of the two of them riding on the back of the red motorcycle in the picture above. Safaree wrote that “Ever since she started riding, things got better,” which is cute and all. It’s her caption, though, that has fans believing in Erica and Safaree married at some point in the last six days: 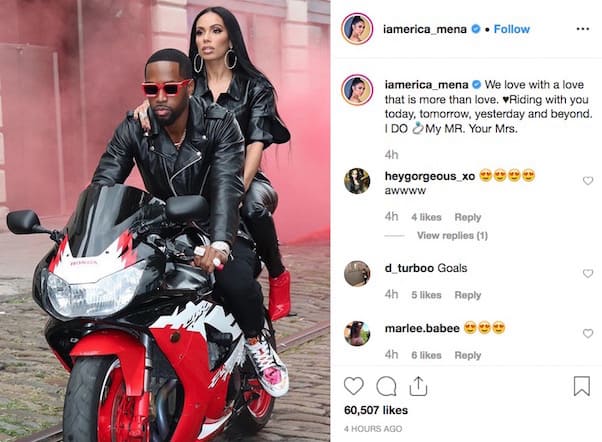 We love with a love that is more than love. ♥️Riding with you today, tomorrow, yesterday and beyond. I DO ?My MR. Your Mrs.

Plus, there’s the following tweet from thirteen hours ago to consider. Coming before Erica’s Instagram post, it could have come at any point along her and Safaree’s engagement timeline. In light of the post, it sounds like someone who was just about to walk down the aisle:

Getting ready to marry someone who is a home and an adventure all at once. ?

As we wrote earlier this month, Erica has been spotted filming for LHHNY Season 10, and she’s brought Safaree back to the show with her. Their storyline was already expected to include the Gabrielle Davis cheating gossip from this past summer, along with the near-constant rumors of Erica’s pregnancy. Now that it looks like we’ve got Erica and Safaree married *and* possibly with child, it seems their role on the show will be bigger than ever.

The Bachelorette‘s “Brokeback Bachelors” aren’t really gay, but do enjoy showering together