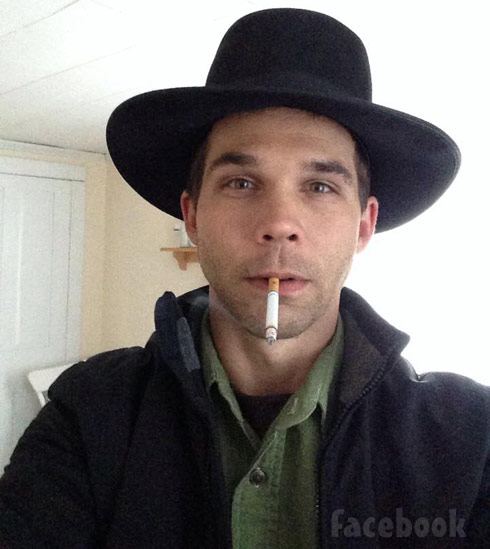 Breaking Amish bad boy Jeremiah Raber will be returning to TLC along with all of the other original cast members (except Sabrina) for a fourth, and reportedly last, season on May 31. The 35-year-old father of three recently sat down with Blastzone Online and talked about how he originally got on the show, what fans can expect this season, and how much of Breaking Amish is actually unscripted.

Jeremiah says he was originally approached to do the show by a producer that he had been friends with for about 23 years. I thought maybe he was talking about Amish Mafia star (and TV producer) Esther Schmucker, who previously revealed that she had turned TLC on to her cousins Abe and Andrew Schmucker, but Jeremiah uses a masculine pronoun when referring to the producer. “He asked if I’d want to do a show about the Amish and their lifestyle,” he says. “Me being the person I am didn’t hesitate to give him a yes. I did a one hour interview and TLC approved it.”

What can fans expect to see from Jeremiah on the upcoming season? “This season you will see a softer side of me that I never showed before,” he says. “I actually bring my kids on this season. Being able to bring them onto the show with me was by far my favorite scenes I’ve done in four seasons.” (Click here to watch the Breaking Amish preview trailer with brief scenes featuring Jeremiah’s children!)

So: is Breaking Amish scripted? “I can’t sit here and say it’s 100% real because it isn’t,” Jeremiah says. “There is so much that goes into any reality show. Every place we go to has to be set up in advance meaning that the owner of every place has to sign a release prior to us filming at that location. Yes there are parts that are scripted. Every reality show is that way to make things juicy and interesting for the viewers.”

Jeremiah’s later asked just how much of the show is “real and truthful,” and he responds with, “I would have to say about 60% is real.” He then adds, “I’ll let the viewer’s [sic] decide which part that is lol.” 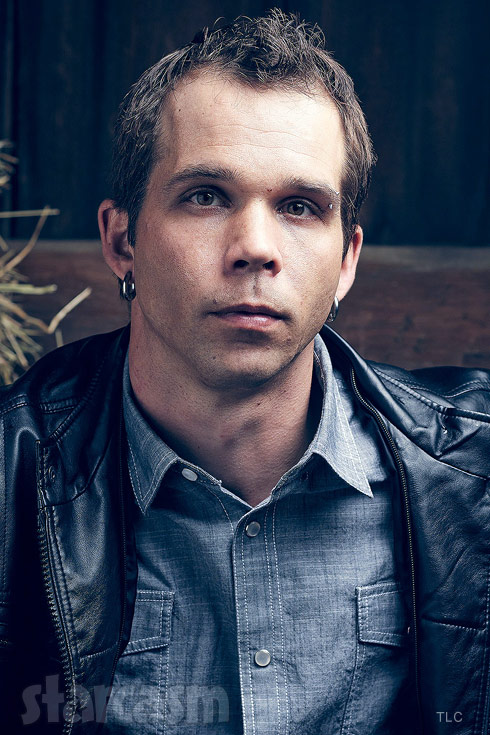 Jeremiah’s interview must have gone well because he has since partnered up with interviewer Mike Wilkerson and Blastzone on a line of Jeremiah Raber inspired e-juice (or e-liquid) for vaporizers (or e-cigarettes)!

We will be putting out a set of 5 E-Juice inspired by Jeremiah Raber- Breaking Amish on TLC called Amish Rebel. They will be out on June 15 and we will be taking pre-orders starting today. For more information email me at blastzoneentertainment@yahoo.com.

I’m not a vaper, but if I were, I’d have to choose Shunnerlicious! Blastzone also offers other TV show inspired flavor lines, including The Walking Dead, Dr. Who and Orange Is the New Black! (There was a link to www.blastzonevapez.com, but the website doesn’t appear to be working.)

If you’re interested in more Jeremiah Raberiffic merch, head over to his website for Jayber Amish Rebel apparel or eBay to buy his frequently worn necklace. He was offering Amish scented candles — and potentially other Amish items — on a special Facebook page, but has since shut that down due to lack of interest.

Interested in more Jeremiah in general? Then be sure to tune in to the new season of Breaking Amish: Return to Amish, premiering Sunday, May 31 at 9/8c on TLC.

RETURN TO AMISH Who are the new cast members?

RETURN TO AMISH Sabrina pregnant again, due in March