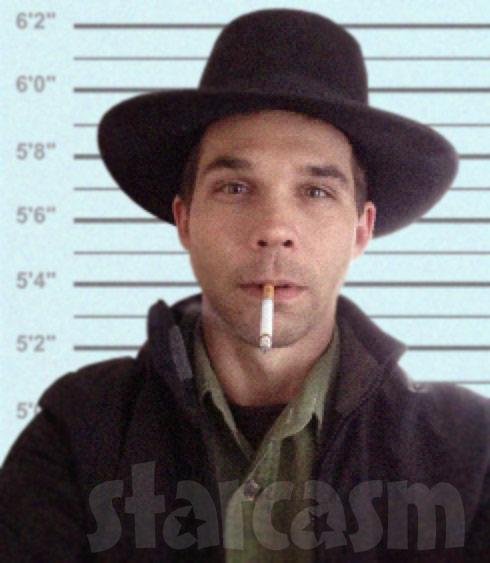 Breaking Amish reality star and self-proclaimed “Amish Rebel” Jeremiah Raber is back behind bars again. The 35-year-old was arrested in Pennsylvania early Saturday morning after allegedly yelling obscenities at state troopers while being driven home from a bar.

According to Pennsylvania troopers, the vehicle in which Jeremiah was a passenger was pulled over in White Township around 2:40 AM Saturday morning. Jeremiah was reportedly inebriated and screamed profanities at the officers through the passenger window.

Police followed the vehicle to a house near Mansfield Avenue where Jeremiah was observed yelling at the driver of the vehicle “that drove him home from the Boomerangs Bar,” according to CBS Pittsburgh.

Jeremiah was arrested and charged with public drunkenness and disorderly conduct, the latter of which he was also charged with after a pub altercation in Ohio last year.

It’s unclear if TLC is still filming for the upcoming season of Breaking Amish: Return To Amish set to premiere May 31, or if Jeremiah’s latest run-in with the law will be featured on the show. It’s also unclear if the arrest will interfere with Jeremiah’s planned trip to Las Vegas next month, which he announced Thursday on Facebook. And I might as well add that the effects of his arrest on his planned line of Amish-themed e-juice flavors for e-cigarettes is also unknown.

UPDATE – Jeremiah took to Facebook Saturday evening and shared a statement about his arrest:

For the people wondering about or bashing me for what happened last night, I do take full responsibility for the way I acted. I took it overboard and acted stupid therefore I was arrested. It was my own fault. For the people bashing me about it. The only reason you guys are doing it is because you are haters of me but thanks for making talking trash about me a priority of yours. At least i know i mean something to you. it happens to allot of people so move on. It’s not an earth shattering thing.