It’s been almost three days since we’ve had any new information come out about how TLC has misrepresented the truth about the cast members of their new reality series Breaking Amish. But, thanks to the new issue of Star magazine, we’ve got more info on Jeremiah Raber straight from the best source possible — his ex-wife and mother of his three children, Naomi Stutzman!

Naomi, 27, reveals to the magazine that she and Jeremiah, 32, began dating in 2002 after they had both left the Amish sect and divorced in February, 2011. She says Jeremiah has owned a cell phone for as long as she’s known him and that he was the one who taught her how to drive. “He was always always known as the guy with the coolest cars, and he bragged to me that he had outrun the cops 19 times!” Of course, all of this is in stark contrast to the “Crocodile Dundee-esque” Jeremiah we see on the show, who is amazed by such magical things as cell phones and ATMs, and who takes his “first” driving lesson in hopes of eventually becoming a New York City cab driver. 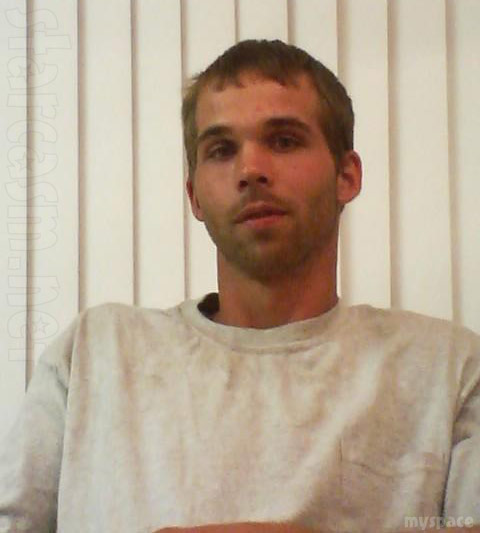 Speaking of ATMs, that seems to be a touchy subject for Naomi. “I used to have to sleep with my debit card,” she tells Star. “Otherwise, Jeremiah would take it to get money and head for the local casino.”

Another touchy subject for Naomi is the scene where Jeremiah gets a “new” tattoo. The scene from the third episode titled “Breaking All the Rules” shows Jeremiah in a tattoo parlor getting his “first tattoo.” Here’s the finished product: 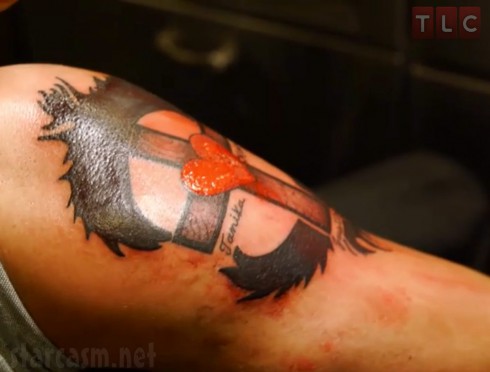 “He says it lists the names of ‘three people who have changed my life,'” she tells Star. Well, those are the names of our three children [Kannon, Tanika, and Justin] — and he’s had the tattoo since 2009. And the only thing new about that scene was that he was covering over my name, which was on the top. I can deal with Jeremiah trying to erase his past on the show, but erasing my name from a tribute to our children is hurtful. I didn’t expect that at all.”

Other interesting info about Jeremiah? According to Naomi, “he’s always loved rap and rock, including Guns N’ Roses. His favorite performer is Eminem!” And Jeremiah apparently loves something else too, which is the only thing mentione din the article that seems to jibe with what we have seen on Breaking Amish. We’re talking about chicks, man! “Jeremiah loved to go to the Tampa strip clubs,” Naomi says.

In a previous talk with Pennsylvania news station WPHTV CBS 21, Naomi stated simply, “This show is fake.” She was a bit more eloquent in saying the same thing about her ex-husband. “I think Jeremiah has pulled the wool over the viewers’ eyes — and maybe over the producers’ too.”

Yeah, maybe the producers didn’t notice the tattoo was already on his arm when he went in to shoot that scene. Ummmm…

Read the full article, including photos of Jeremiah, naomi and their kids, in the new issue of Star magazine on newsstands now!

UPDATE – It seems Naomi didn’t reveal everything about Jeremiah! Check out Jeremiah Raber’s mug shot photo from a 2005 domestic violence arrest stemming from an altercation with her, as well as information on 17 other police reports involving Jeremiah — eight of which were for domestic violence!