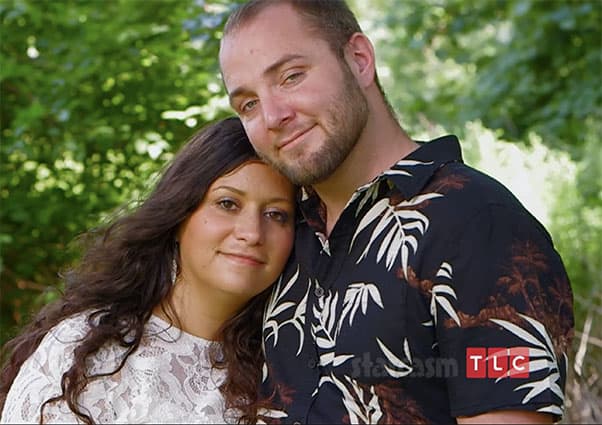 The last time we updated our readers on Breaking Amish and Return To Amish star Sabrina Burkholder, she was sober and raising her third child, two-month old son Zekiah. That was in May of 2019. Since that time, Sabrina has not been online much, so it was a complete surprise when the trailer for the new season revealed that she was expecting her fourth child while filming!

Here are photos of Zekiah and his little sister shared by Sabrina on Facebook in late January: 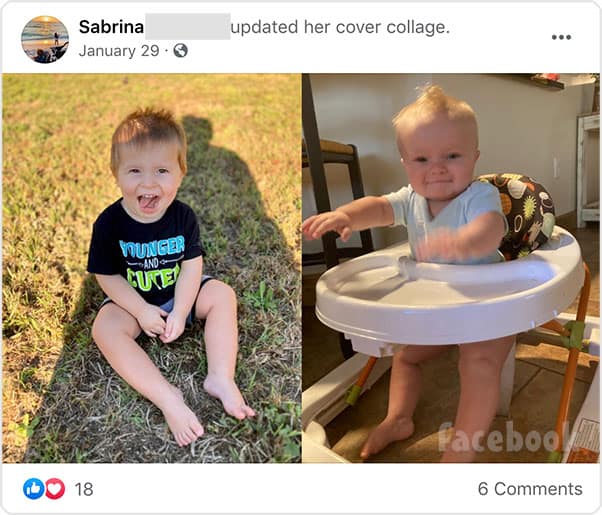 Are Sabrina and Jethro still together?

Neither Sabrina nor Jethro post very much on social media at all, so it’s hard to say for sure. Jethro indicates on Facebook that the two got engaged on July 27, which looks to be relatively soon after the birth of their daughter.

Jethro shared a photo of Sabrina in October, so it appears they were still together at that time.

Jethro’s relationship status is still listed as being engaged, but as I mentioned, he doesn’t post that often. His most recent public Facebook post was a selfie posted on December 31 of last year.

#BreakingAmish Sabrina Burkholder's parole officer clears her to film new season of #ReturnToAmish! Plus, Sabrina updates on her sobriety and reveals whether or not her daughters, who were adopted by their aunt, will be featured this season: https://t.co/IcN3LZivvz

What happened to Sabrina’s other children?

If you’re curious about Sabrina’s first two children, 6-year-old Oakley and 4-year-old Arianna, she addressed that in March of 2019. “They are adopted, they live with family,” Sabrina said. “But I can’t say anything else about them. I promised their mother that I would leave them out of the spotlight…They are doing great tho❤❤”

Thanks mostly to Sabrina’s sobriety, it appears as though the custody issues may be behind her. “I have full legal and physical custody,” she said of Zekiah in March. “No open cases either.”

At the time of Zekiah’s birth, Jethro was enrolled in a discipleship program — probably due to his own sobriety issues. Here is Sabrina’s post about Jethro soon after Zekiah’s birth:

For everyone that keeps inboxing me and wondering where Jethro is and accusing him of being an absentee father, he is in a discipleship program. I try not to say alot about him because his story is his story to tell, not mine. With that being said, I fully support him trying to better his life. I am proud of him he has come a long way. I genuinely care about him and want him to succeed. He may have done things that were wrong, but so did I. I am not better than him in any way, shape, or form. I was angry with him for about a year but I finally managed to let it go; however, I’m not proud of the things I did and said out of anger. He didn’t deserve that.

We check in on #BreakingAmish and #ReturnToAmish star Sabrina Burkholder, who gave birth to son Zekiah in early March, and we have nothing but good news to share 🙂 https://t.co/cXIQlxpKGu

Being pregnant and then having the baby alone was very hard for me. I was supposed to be induced but then my water broke (thank God!!) and all I could do was cry and say how much I wished he was here. But he’s doing what is best for him and I support him in that no matter what. I hope someday Zekiah gets to meet his daddy. Even if we are or aren’t together, I will never keep his son from him. I want Zekiah to have that. Zekiah is what is most important. We say our prayers for Daddy every single night❤ So if you think about it, pray for him. What he is doing isn’t easy. Thanks.

Congratulations to Sabrina! I can’t count the number of times I’ve written it over the years, but I am a big fan of hers and I’ve always hoped that she would finally get sober and straighten her life out. Hopefully that has finally happened!

To see how Sabrina’s pregnancy and her relationship with Jethro plays out, be sure to tune in for new episodes of Return To Amish airing Monday nights at 9/8c on TLC!