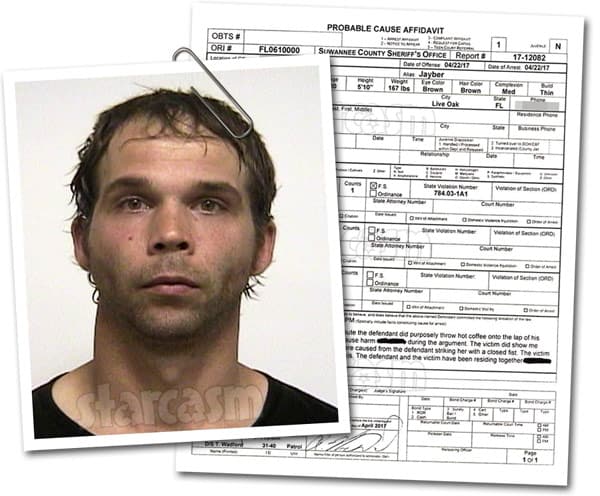 As we reported earlier today, Return To Amish star Jeremiah Raber was arrested in Florida over the weekend on charges of domestic abuse against his wife, Carmela Raber. We have since obtained a copy of the affidavit from Jeremiah’s arrest, in which Carmela tells police some startling details about Jeremiah’s alleged abusive behavior.

Here is the police report, followed by the arresting officer’s description of the incident and Carmela’s claims: 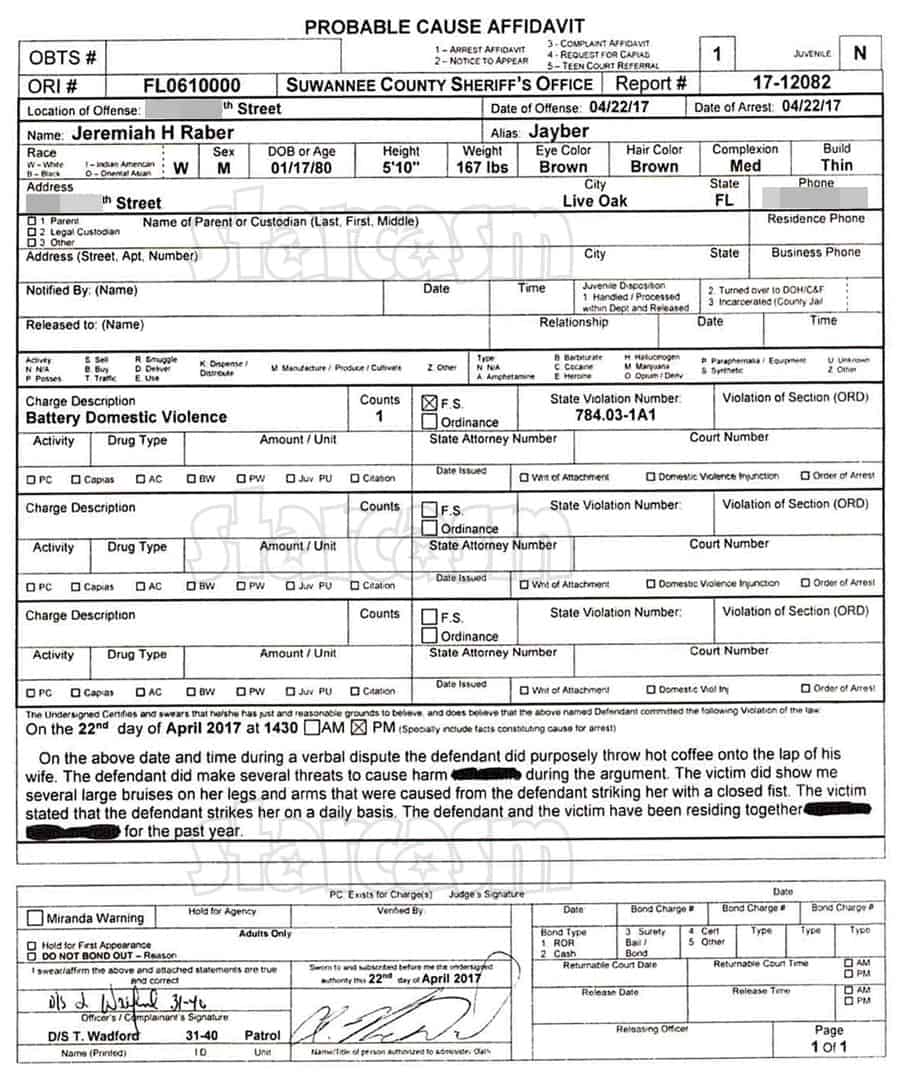 The claims Carmela made to police combined with her Facebook post after Jeremiah’s arrest paint a terrifying picture of what their relationship was like behind closed doors.

After our previous post was published, Jeremiah shared another Facebook update in which he revealed that he is getting counseling and hopes that the relationship will work out: “Am I proud of my past?….. No. Have I messed up in my past?…..yes. solution too it all?…..counseling. Am I starting personal counseling?…..yes. Do i want everything to work out?…..YES.”

UPDATE – More optimism from Jeremiah on Facebook: “Personal Counseling for both of us will do us both allot of good. Then on to marriage counseling and our marriage is golden.”

Carmela seemed to give the impression that she was done with the relationship completely, but anyone with any experience with abusive relationships knows that it’s extremely difficult to actually leave and stay away. “I know what I need to do I just need to be empowered,” Carmela wrote.

We certainly wish Carmela all the best. She is in a horrible situation and we hope she has somewhere to go and friends she can lean on right now.