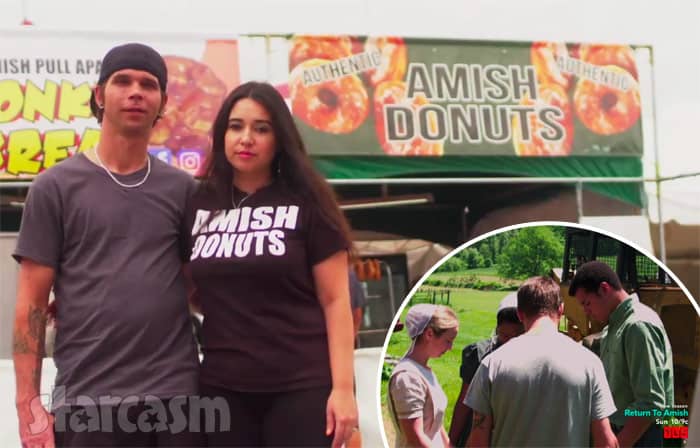 TLC’s Return To Amish comes back this Sunday with some of the original cast members and at least three new cast members. Judging from a new sneak peek video, it appears as though the new season will hinge around Jeremiah Raber and the Amish Donuts business he has been associated with since 2016, with the three new cast members being potential new hires looking to go English — and sell donuts!

In the clip, Jeremiah reveals that he is looking to partner up with an Amish lady named Aida “and hit the road so we can sell donuts at fairs across the country.” After we hear Aida asserting the fact that despite how tough Jeremiah tries to be, she has the money and she’s calling the shots on the business.

One of the shots she is calling is apparently a restriction on just who Jeremiah can hire to staff the donut stand. “She’s demanding that I have real Amish and Mennonite people to work for us, and I’m going to show them what it’s like to live in the English world,” Jeremiah says.

The video then shifts to introduce us to three of the new cast members. Here they are with their quotes from the clip: 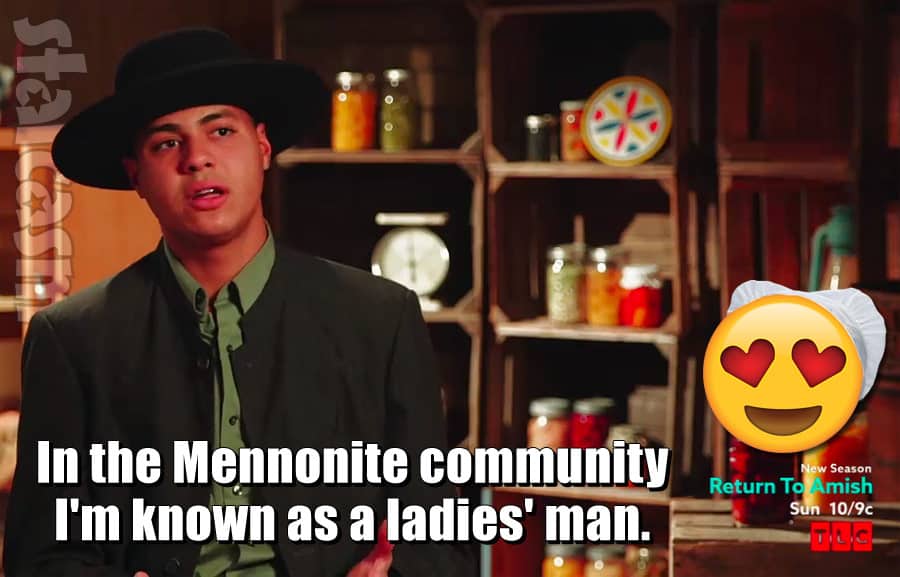 In the Mennonite community I’m known as a ladies’ man, but I know nothing about where I come from.

[Peering in a stall in a barn.] This is where I lost my virginity for the first time.

#QuotesThatMakeYouGoHmmm #ReturnToAmish returns this Sunday night at 10/9c on @TLC 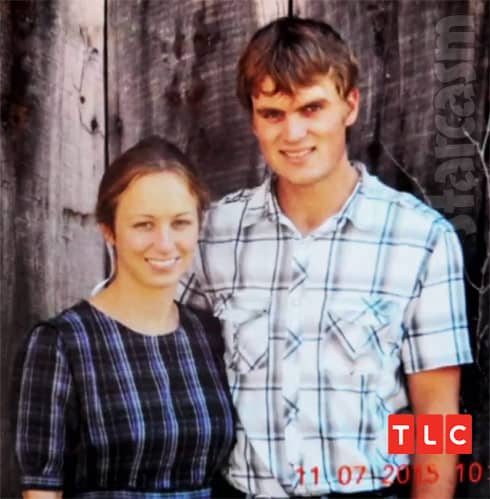 When I was 17 I met my future husband.

I’m excited for what could be ahead, while at the same time I’m scared about leaving.

I don’t know what I’m getting into. 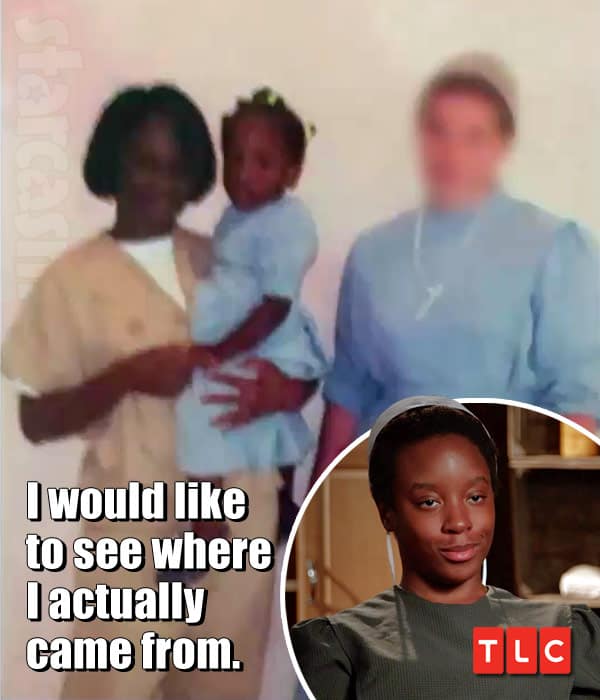 I got adopted into the Mennonites.

I don’t know what it is to be a black woman.

I would like to see where I actually came from.

After introducing the new cast members, the preview shifts back to Jeremiah as he narrates scenes reminiscent of Escaping Polygamy, with the new cast members looking as though they are stealing away in the middle of the night. Jeremiah and the three form a prayer circle as we hear his voice: “Are you willing to take this risk? I’m down to help them get out.”

We see the new cast members “going English” by hopping on a jet plane, hanging at the beach, partying, and trying on swimsuits.

The sneak peek seems to shift gears at this point by going into drama overdrive! It’s obvious that Jeremiah and his wife Carmela continue to have some of the same relationship issues that have plagued them for years, and the tension between Jeremiah and his Breaking Amish co-star Sabrina Burkholder looks to reach an all time high, culminating with tons of screaming, name calling, and Sabrina actually spitting on Jeremiah!

Meanwhile, Dawn wonders if perhaps leaving her husband behind was the wrong decision as Shelly expresses her desire to meet her real mother — who was apparently in prison when Dawn was adopted. And poor ol’ ladies’ man Lowell can see nothing but sin all around!

Strangely, the sneak peek didn’t include franchise matriarch “Mama Mary” Schmucker, who will be featured this season as she reportedly tries once again to re-enter the Amish church.

In case you missed it, fellow Breaking Amish OGs Rebecca and Abe Schmucker have elected to not return this season as they try to focus on being a “normal” family away from reality TV.

Here is the full preview clip:

Return To Amish Season 5 premieres this Sunday night at 10/9c on TLC! And if you want to follow Jeremiah’s Amish Donuts business — both physically and/or on social media — be sure to check out their Facebook and Instagram pages.

RETURN TO AMISH Sabrina released from jail, updates on custody of her children