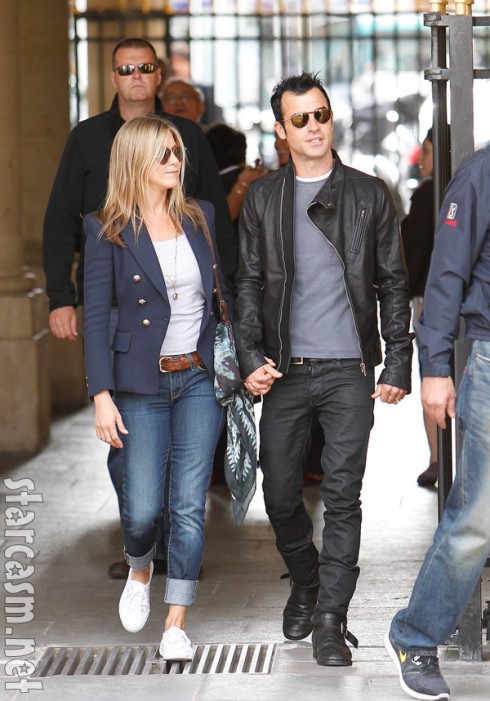 It has not been a very good couple weeks for Star magazine/Radar Online (the same entity). As the current issue of Star boldly proclaims “It’s Over!” for Jennifer Aniston and Justin Theroux on its cover, the couple reveal that they are engaged! (This comes a couple weeks after Radar Online’s rather extensive “insider” coverage of The Real Housewives of Beverly Hills Season 3 Reunion that it has since been revealed hasn’t even happened yet.)

“Justin Theroux had an amazing birthday on Friday, receiving an extraordinary gift when his girlfriend, Jennifer Aniston, accepted his proposal of marriage,” his rep tells People.

Congrats to Jennifer and Justin! (Could this finally be the ONE for Jen?!?) And if you want to have a laugh, do like I’m sure Jennifer and Justin have, and check out Star magazine’s in-depth report on the demise of their relationship 🙂