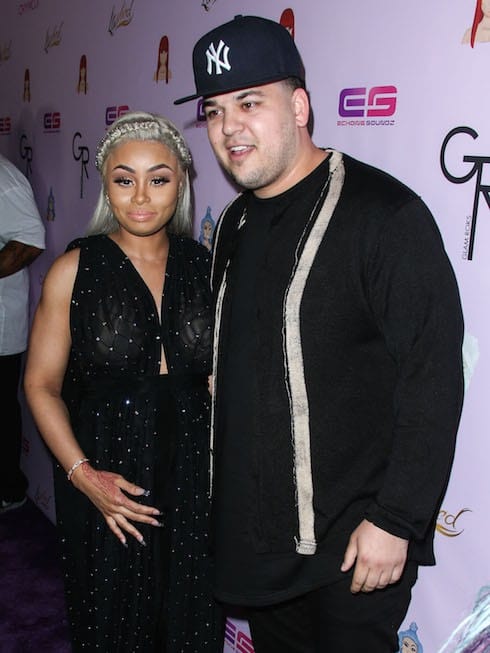 Now that Dream Kardashian has been born into reality TV’s first family, when are Rob & Chyna getting married? That is the multi-million dollar question on the minds of E! executives of late, as multiple sources are now reporting the network has begun “special negotiations” with the couple for the rights to film the ceremony.

Devoteés will recall that the Rob & Chyna Season 1 finale was originally rumored to feature the couple’s wedding, before Blac revealed she had no intention of tying the knot before her baby was born. The pair hit what was reported to be a significant rough patch this past fall; for a time, Rob was apparently living in a separate house, Blac had banned him from the delivery room altogether, and Blac’s mom Tokyo Toni dropped the news that her daughter and the lone Kardashian son had actually been broken up for weeks. In fact, to hear Toni tell it, the only reason Rob & Chyna were going through with the marriage at all was because their contracts with E! stipulated both a birth special and a wedding special.

Now, however, a new report from TMZ claims that things with Rob & Chyna are all smiles. The two are “all in when it comes to cashing in on their milestones,” according to that report, and are willing to pick a wedding date based on “what’s good for TV.”

And a Daily Mail dispatch, citing sources close to In Touch, says it’s possible that Blac and Rob have one specific date in mind: July 17, 2017. “Seven is Rob’s lucky number,” said the source, “and he’s extremely superstitious, so picking [that] date was very important to him.” (Although it seems the source’s logic is a bit wonky: it seems Rob originally forgot how much he loves sevens and wanted March 17, 2017. But Blac vetoed that idea as she “wanted more time to whip her post-baby body into shape.”)

And, while the specifics of the wedding negotiations aren’t yet known, it’s currently being speculated that the payment the pair snagged for the Rob & Chyna birth special is merely a starting point. Blac, who makes in the neighborhood of $100,000 per episode of Rob & Chyna, apparently got herself a $1,000,000 bonus check for allowing E! to film Dream’s delivery.