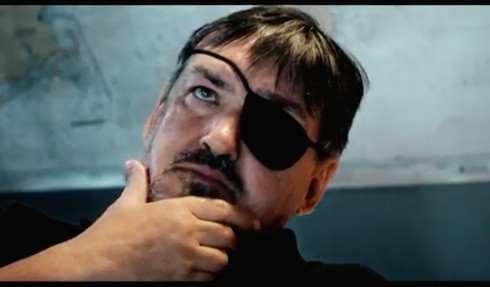 As we shared earlier this week, the concept behind the show and the Billion Dollar Wreck is simple enough. On January 23, 1909, the ocean liner RMS Republic sank off the coast of Nantucket. Fortunately, only six of the 742 passengers and crew died; since the sinking, though, it’s been alleged that the liner was carrying a secret and valuable cargo. (For more on the many theories regarding the Republic’s booty–and to find out about Martin Bayerle’s murderous early 90s love triangle!–click here to check out our feature on the show.)

Billion Dollar Wreck star Martin Bayerle owns exclusive salvage rights to the RMS Republic, and he believes that there’s a veritable ocean of plunder to be found inside. But, assuming that Bayerle is correct, is the show’s title accurate? How can he be sure that the Billion Dollar Wreck treasure is really worth at least a billion dollars? 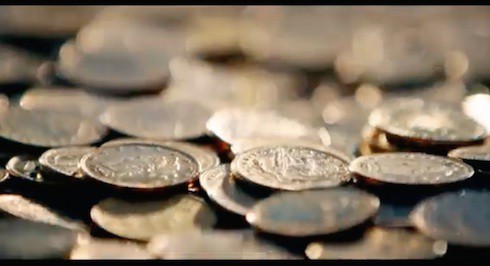 The answer to that question is complicated, since it depends not just on the value someone might be willing to pay for the Billion Dollar Wreck treasure, but the literal weight of the treasure itself. Bayerle asserts that the Republic was carrying American Gold Eagle coins bound for the Imperial Russian court, and that those coins were worth $3,000,000 in 1909. Since locating the Republic in 1981, Bayerle has done extensive research into the precise value of the coins at the time and the likelihood that they are waiting for him in the Atlantic:

A synthesis of all available information enabled Captain Bayerle to develop a new theory, the “Third Theory” [of] the Tsar’s gold, [which] supports the existence of the Republic’s legendary treasure….The valuation is based primarily on the presumed Gold Eagle cargo, the condition and mintage of the individual coins and their successful marketing. A very conservative estimate would indicate a value today of somewhere between $700 and $900 million, if the cargos exist, and if they can be located within the ship and successfully/economically recovered.

If Bayerle’s estimate is indeed as conservative as he says it is, then a healthy nine-figure payday seems like a cinch. But it would seem History’s moniker is somewhat misleading, and that the actual value of the Billion Dollar Wreck treasure falls a wee bit short. (It seems doubtful that Bayerle would complain about a $700 million payday, though–and it likewise seems doubtful that History’s viewers would complain about an actual discovery of treasure, which they’ve started to do with Curse of Oak Island.) 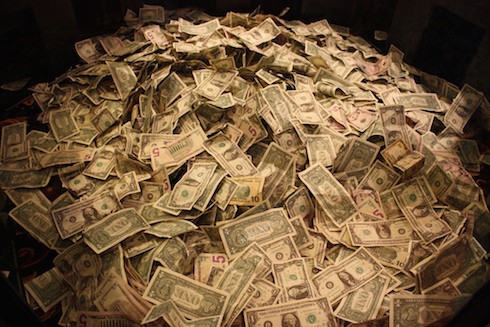 A related question, then, is how much the coinage weighs. Bayerle contends that the Republic’s gold cargo weighed five tons when the ship set sail. The value of gold is measured per ounce; currently, an ounce of gold is worth $1,251.15, according to noted commodities brokers JM Bullion. At that rate, a pound of gold–sixteen ounces, in bar form–is worth $20,018.40. And a ton of gold–or 2,000 pounds–will cost you a healthy $40,036,800. The value of five tons of raw gold is therefore $200,184,000.

Again, that’s not a bad payday, but it hardly makes for a billion-dollar wreck. That’s the value of raw gold, though: not processed American Gold Eagle coins. Let alone highly collectible ones from 1909 and / or 1908: the St. Gaudens Gold Coins, which are also known as “Double Eagles,” were minted from 1907 to 1933, and, according to CMI Gold & Silver, are “the most heralded of all U.S. gold coins.” If we take eBay as a market standard–and, at this level of speculation, why not?–we see that the lowest current minimum bid for a 1908 St. Gaudens is $1,467.75. The coins weigh an ounce, so, if their value is flat at that rate, each one is worth approximately $200 more than the current cost of an ounce of modern gold.

Five tons of those coins, sold at the above rate, are worth $234,840,000. But that doesn’t necessarily mean that the Billion Dollar Wreck treasure is a fraud. The Republic’s booty is a special case, after all, and it’s likely that there would be substantial public interest in snagging a piece of it. It’s tough to say whether or not that interest could drive the value of the Billion Dollar Wreck treasure up past the ten-figure mark; in order for that to happen, the 160,000 coins would need to sell for an average price of $6,250.

PHOTOS What is the difference between leopard and cheetah print?

How did Gordon Cooper die? Where did he go to school? FAQ for the Cooper’s Treasure astronaut mastermind