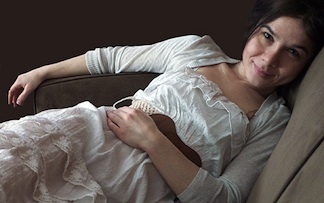 What is professional cuddling? You might remember cuddle parties as a low- to mid-level craze that swept the US around ten years ago, before making a brief go of it on British shores.

Since then, cuddling has become a proper business, propelled by the emerging entrepreneurs of this friendly industry. The touch therapy pioneer is Jacqueline Samuel, a Rochester, NY woman who in 2012 began offering her services as a snuggler as a way to offset the costs of college and raising a child. She runs The Snuggery, a discreet operation in upstate New York, where an hour-long session will run you one dollar per minute, or about the rate of a good massage.

Just a few hours away in New York City, Ali C’s Cuddle U NYC charges Manhattan prices, but offers Brooklyn variety. For example, during the holiday season, $250 will get you the “Holiday Cuddle,” complete with three hours of cuddling before a lit Christmas tree, one of nine classic Christmas films for your viewing pleasure, and more eggnog (or hot chocolate) than you can shake a reindeer antler at.

The Snuggle Buddies, a thirteen-state operation (New England and the mid-Atlantic states, plus Illinois and Florida), is the most traditionally professional of the lot, and the only such business to offer male cuddlers. And, in keeping with their comparatively corporate appearance, they are the only company not to encourage the wearing of pyjamas. 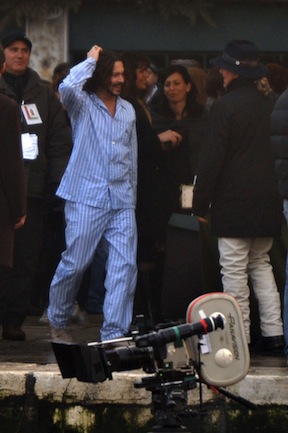 If Johnny Depp is doing it, it must have been cool at some point.

On the flip side, a short-lived venture in Madison, WI called The Snuggle House closed late last year after just three weeks of operation. City officials voiced concerns about sexual assault and worried that the business would be a front for a brothel; its owner, Matthew Hurtado (who, make of it what you will, has the word “Hurt” in his name) chose to shut his doors rather than fight the allegations.

And Samuel herself has worked hard to fight the perception that she is simply a prostitute in sheep’s clothing. She’s had to end at least one session with a client who couldn’t abide by her no touching dictum; in a 2012 interview with the UK’s Daily Mail, she acknowledged some of the more complicated criticisms of her profession, telling the paper, “Some have said I am worse than a prostitute because they think snuggling is more intimate than sex. I’ve been told I’m monetizing love.”

So, the short answer is, professional cuddling is exactly what it sounds like. And, on the one hand, it sounds similar to massage therapy, or psychotherapy and counseling, or meditation, or sitting with incense, or sitting and staring at the clouds for awhile–it’s something people to do to try and feel better.

On the other, it can be tough to keep from giggling at sentences like “Here at The Snuggle Buddies we strive to provide you with the most relaxing and enjoyable professional snuggling experience possible.” Or to keep your eyes from rolling at phrases like “Having spent the last 3 years consulting with individuals who received non-adequate nurturing in their primary environments.” But, euphemistic language aside, the basic idea behind professional cuddling does seem straightforward enough: There are a lot of people out there who, for any number of reasons, feel like they would benefit from a good, clean cuddle.

How much is Kendall Jenner’s La Perla contract worth?