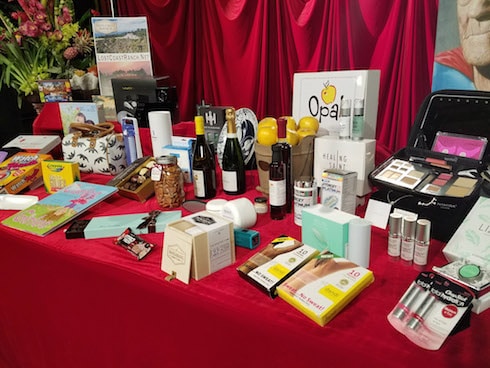 There's no other way to put it: there is a shitload of stuff in an Oscars gift bag. If I'd known just how many items I would have to track down and tally to write this, I might have just done another Jordyn Woods article instead. But I did track and tally, and now I can confirm the full extent to which the Oscar gift bags 2019 are a five-figure cosmetic orgy with some gourmet edibles thrown in.
Read More...
Read More...
That was no leak–that one was deliberate. Netflix took advantage of the Oscar telecast to drop a brand spankin' new House of Cards trailer in our laps. Just five days to go before we get Season Three! Plus: The mystery of the paranoid song that appears in each new trailer is solved. Check it.
Read More...
The screenwriter shocked millions of viewers with an amazing acceptance speech in which he both acknowledged a past suicide attempt and encouraged any alienated viewers to "stay weird." The native Chicagoan is no stranger to failure–he's a Hollywood writer, after all–but has managed to persist, and carve out an enviable career in the process.
Read More...
The once-suave movie star continued his bizarre descent into farce at the 2015 Oscars, when he kissed Scarlett Johansson without an invitation and cupped Idina Menzel's face onstage during the show itself. Those Saturday Night Fever days are long, long gone...
Read More...
How long do Oscar winners get to speak before the music plays? The dreaded "walk off" music is perhaps the most loathed part of the whole Academy Awards experience. Technically, everyone is supposed to get the same amount of time to speak–but how long do winners have before the orchestra starts ushering them offstage?
Read More...
Lady Gaga's first-ever performance at the Oscars will come this year. Producers have yet to reveal exactly what she will be singing. Whose performance are you looking forward to the most?
Read More...
Read More...