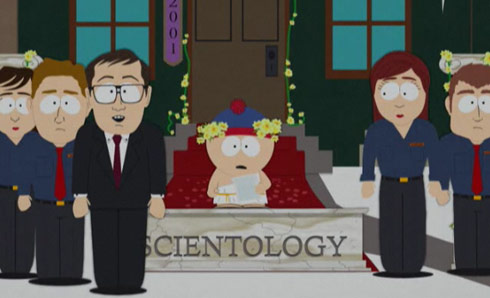 How many celebrities are Scientologists?

The religion’s adherents claim it’s a misunderstood religion; its detractors say its adherents are batsh*t insane. There are a number of lengthy documentaries on Scientology available right there on YouTube, but what we do know about Scientology is confusing. The long and short of it is that Scientologists, in their own words, believe that

Man is a spiritual being endowed with abilities well beyond those which he normally envisions. He is not only able to solve his own problems, accomplish his goals and gain lasting happiness, but he can achieve new states of awareness he may never have dreamed possible.

In one form or another, all great religions have held the hope of spiritual freedom—a condition free of material limitations and misery.

The question has always been, however, how does one reach such a state, particularly while still living amidst a frantic and often overwhelming society?

Although modern life seems to pose an infinitely complex array of problems, Scientology maintains that the solutions to those problems are basically simple and within every man’s reach. Difficulties with communication and interpersonal relationships, nagging insecurities, self-doubt and despair—each man innately possesses the potential to be free of these and many other concerns.

Though the belief system is classified a religion in the United States, the French and Chileans call it a cult, and the Swiss consider it a commercial enterprise. Its higher-ups are regularly accused of brainwashing and defrauding its members.

But one thing we can all agree on is that celebrity Scientologists are prominent and generally outspoken in their beliefs. How many celebrities are Scientologists? A pretty sizeable number, as you’ll soon see. Typing “celebrity scientologists” will get you a proper scattering of results; this page is an attempt at codifying the scatter. As such, it will be updated periodically. 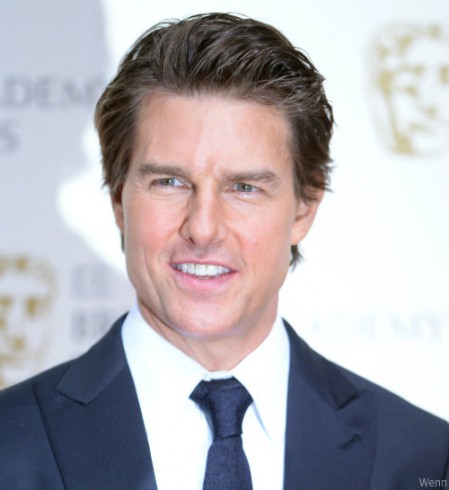 Perhaps the most-famous Scientologist there is, Cruise has credited the Church for helping him overcome the dyslexia that plagued him as a boy. Cruise has also alleged that psychiatry is pseudo-science, and, according to ex-wife Katie Holmes, he tried to brainwash their daughter Suri. The brainwashing played a considerable role in Holmes’ decision to divorce Cruise. 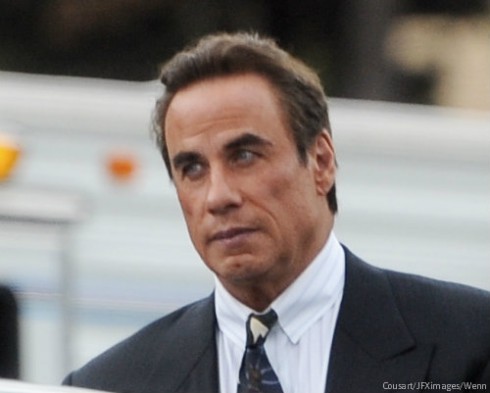 If Cruise is the most famous practitioner of Scientology, Travolta is probably the most notorious. His 2000 movie Battlefield Earth, one of the worst-reviewed and most financially disastrous films of all-time, was an adaptation of Scientology founder L. Ron Hubbard’s novel of the same name. Travolta has been a devout Scientologist since being given a copy of Dianetics in 1975. It’s not clear how much of an influence the religion had on Travolta’s recent Oscar-night antics. It is clear, though, that the higher-ups in the Church have a blackmail folder of deep, private, presumably embarrassing secrets of Travolta’s, which they’ve used against him in the past to keep him in the flock. 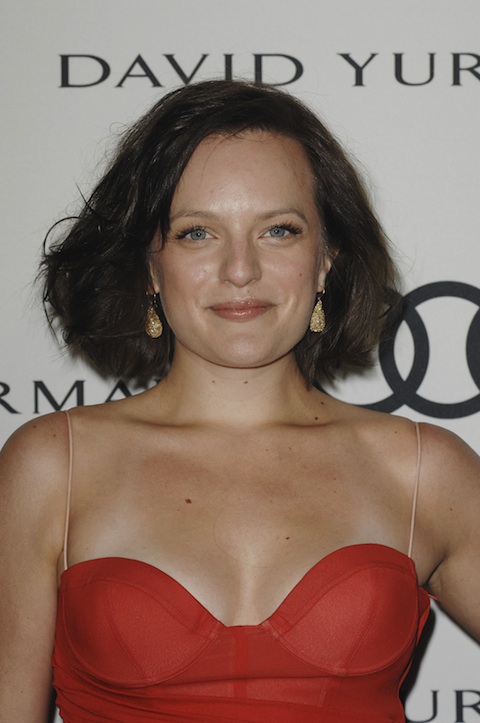 Yes, Peggy Olsen is a Scientologist. She differs from the two fellows above in that she doesn’t really talk about the religion, its influence on her, or its function in her day-to-day life. Most major profiles of Moss mention that she is a Scientologist, and then immediately move on. It’s not clear if the topic is off-limits for her, or if something else–something more sinister–is going on. Given how high-profile her last few gigs have been, though, it seems fair to assume that Moss’ views on the topic will come out sooner or later. 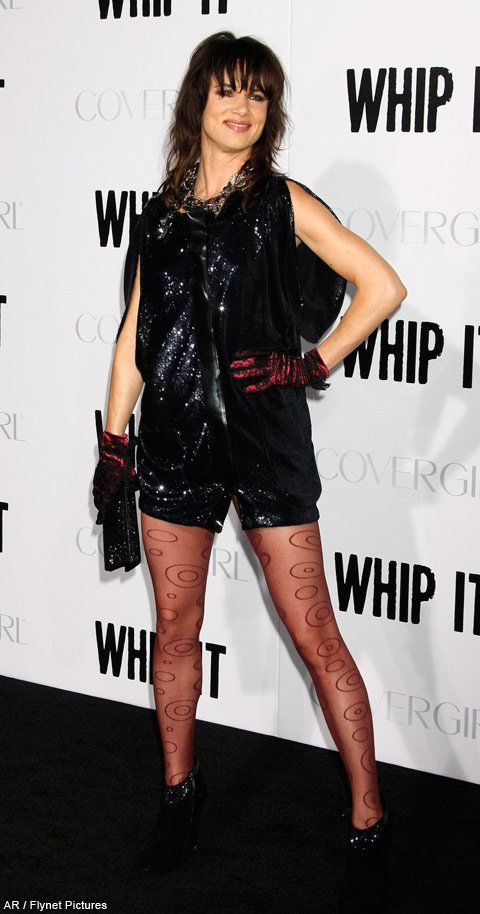 Lewis is something of a paradox, in that she is a practicing Scientologist and a devout Christian. More than that, though, she sounds like someone who tries to live a simple life at all times. She’s said numerous times in the past that that’s what drew her to the religion–as in this interview from late last year, in which she defended Tom Cruise and her religion(s) and attacked medicine all in one swoop:

I’ll get all conspiratorial on you. I’m just going to throw this out: The mainstream media is funded by pharmaceutical companies. When you have the biggest movie star in the world at the time — Tom Cruise — coming out against anti-depressants and Ritalin and just saying, ‘Hey, why don’t you put a warning label on there?’… So, when Tom came out about that, I’ve never seen someone get torn down so hard, and they still brutalize him with Scientology pieces to this day….The thing about Scientology is it is anti-drug in that you’re seeking relationship or communication tools — simple basics on how to live better. It’s a religious philosophy and self-help movement. And you’ll never see a truthful word written about it in mainstream media. 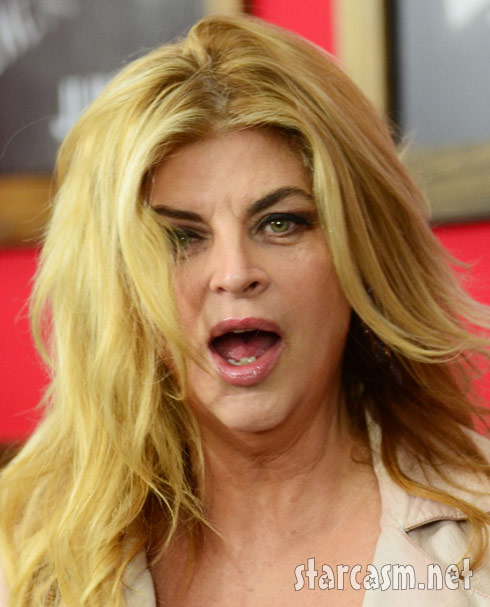 Alley’s been a Scientologist since 1979. Recently, her faith has gotten more attention because of her spat with departed member Leah Reimini, whom Alley feels betrayed her when she (Reimini) left the church. Of Remini, Alley has said:

She left the religion and she was very critical. That’s just sort of water under the bridge. There’s nothing going on and there was nothing going on for years. I didn’t shun her, but if a lot of people are rejecting you, at some point you gotta ask, ‘What am I doing?’ I mean, that’s what I would have asked myself.

Recently, Alley confirmed that her two adult daughters (aged 22 and 20) have also become Scientologists, of their own volition.

Those are the biggest Scientologists in the business–the “Sci Five,” as mainstream publications have dubbed them. But they’re hardly the only Scientologist celebs. Who else does the Church count among its members? Here’s a partial and alphabetical list, which we’ll update periodically. (For a fun game, try scanning the list and shrieking “Him!” or “Her!” every time you see the name of someone you would never have suspected of being a Scientologist.)
Anne Archer
Beck (Since way back)
Catherine Bell
Nancy Cartwright (Better known as the voice of Bart Simpson)
Erika Christensen
Chick Corea
Jenna Elfman (Remember Dharma & Greg?)
Doug E. Fresh
Jason Lee (Remember My Name is Earl? No? How about Mallrats?)
Danny Masterson (Of That 70s Show fame)
Julia Migenes
Bijou Phillips
Laura Prepon (Of That 70s Show fame. Interesting!)
Kelly Preston
Giovanni Ribisi
Marissa Ribisi (Best-known as Giovanni’s sister and Beck’s wife)
Greta Van Susteren (Slightly. Only slightly.)
Edgar Winter

Are you, or is someone you know, a Scientologist? What has your experience with this belief been? How have these or other celebrities influenced your understanding of the belief system?

(Photo credits: How many celebrities are Scientologists via WENN)

Do Ben and Erin Napier have a store? Their Laurel enterprises and custom furniture line, explained