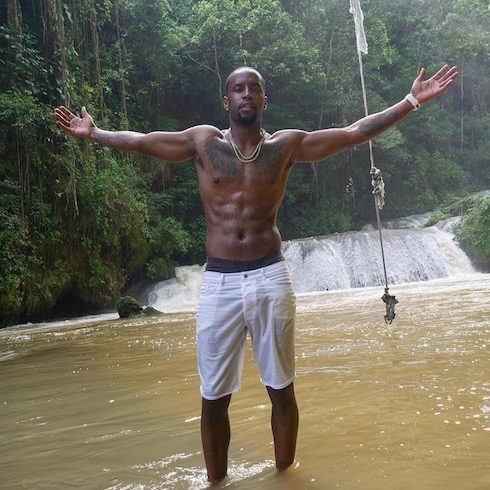 The Safaree video that’s been taking the entire internet by storm all week really does feature the Love & Hip Hop New York star — and, yes, that really is his impressive penis in the clip. The video was the primary topic of conversation during Safaree’s recent Breakfast Club interview, which was ostensibly to promote his new single but was really all about his eggplant.

(And let’s address the other elephant in the room right away: you can see the Safaree video here if you somehow haven’t gotten around to it yet.)

The interview, which aired yesterday, actually marked Safaree’s first journey outside since the video leaked on Sunday night. “I ain’t gonna lie,” Safaree said, “this is the first time I’ve left my crib since it happened.”

And he added — in a remarkably cool tone, no less — that he’s not particularly upset about the video being out in the world, but he’s not delighted by the leak, either: “That’s not something I want out there, you know what I’m sayin? Like, my nieces, they follow me, they watch everything I do, my mom and my sisters. So people who say that I did it, like, I’m tryin’ to do stuff with promos…”

Safaree never technically said he’s the person in the video clip; instead, he answered that question by talking around it, addressing how the clip even came to be in the first place. “That came from my Snapchat,” he explained. “You know sometimes you make a snap and then you save it and keep it?…Look, I be workin’ my — you know the V? The pelvic bone? — Alright, well, I be workin’ that hard. So I just want to make sure that my joint is, like, poppin’.”

From there, the conversation started to get more lewd. When asked if his penis is the real reason he has a hard time keeping a steady girlfriend, and whether he’s “ever actually rearranged a woman’s organs,” Safaree — again, staying super chill and not taking offense, which would have been a reasonable reaction — instead talked about being considerate toward his sexual partners.

“I’ve definitely been in situations where it was like…I felt bad for ’em, and it was a lot of pain for ’em,” he said. “There’s been times when [it’s been awhile for me] and I’m like, ‘Yo, don’t go all the way.’…I don’t like to see people in pain.”

I feel a little bad for Safaree. Yes, he’s a high-profile cast member on a high-profile reality show, but that doesn’t mean every single detail of his private life is always available for public consumption. The only other male celebrity I can think of who’s been in a similar situation is Jon Hamm, who expressed pretty clear disdain for the reaction to revealing photos of himself in thin pants and no underwear.

So, in honor of Safaree staying calmer than probably anybody else in the world while in the hot seat, let’s all take a minute to appreciate “Hunnid,” the track he intended to promote on The Breakfast Club before his huge penis got in the way: