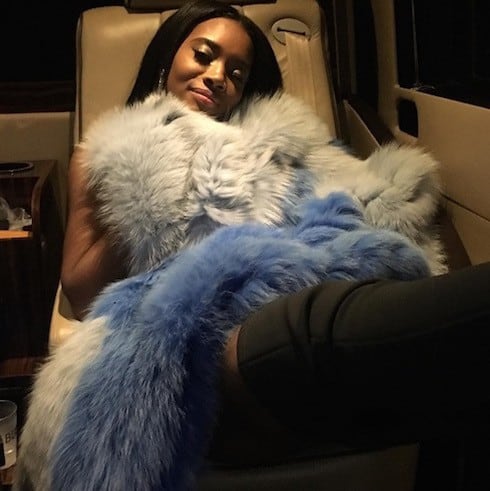 LHHNY’s most controversial storyline this season has been the Yandy Smith Harris fake marriage plot, and it’s led to a host of rumors about Yandy and Mendeecees’ relationship. According to Yandy’s telling of the story, she deliberately left her name off of the marriage certificate at she and Mendeecees’ blowout Love & Hip Hop wedding in order to protect her assets should any of her husband’s baby mamas come calling. (It should be noted that, at the time, Mendeecees was already facing a trial and likely prison sentence on drug trafficking charges. Click here to read our full report on the reveal.)

Yandy insists she made the switch with Mendeecees’ full knowledge, and maintains that nothing about their relationship will change. Still, LHHNY fans have a host of questions about the controversy: How much of their time together has been faked for the cameras? Are the two actually in love? And, most importantly where their children are concerned, do they intend to stay together, now that the truth has come out? Yandy recently addressed all these questions and more in an extensive new interview with Atlanta’s Streetz 94.5, and didn’t hold back details when the mic was live. The station shared a couple of tantalizing clips on its Instagram page; you can give them a listen below.

For starters, Yandy addressed her stance on marriage and the difficulties she and Mendeecees face, given his prison sentence:

@yandysmith breaks her silence on marriage and the trials and tribulations of a Union (briefly touching the "fake marriage" rumors. | #StreetzMorningTakeover w/ @moquickatl @joclive

“The world doesn’t know my commitment level to that man,” Yandy said. “You think it’s a piece of paper that’s gonna do that?…That’s my baby, that’s my husband, that’s the man that I’ve waited for for thirty some-odd years.

“That’s my soul mate,” Yandy went on. “I’m here. Imma ride it out. When you have a loved one that you’re not laying with every night, and there’s a disconnect, you have to find some other way to build that love….This has just made us stronger. They say that distance makes the heart grow fonder, and it really has. I’ve never been so connected and so in tune [with Mendeecees].”

As far as the notion that any part of her relationship with Mendeecees is fake–other than the piece of paper making their marriage legal–Yandy isn’t having any of it.

Yandy breaks her silence on "fake marriage" dispute and speaks on their bond. | #StreetzMorningTakeover @moquickatl @joclive

“I’ve been committed to that man for a very long time [since before the marriage],” Yandy said, reminding listeners that she and Mendeecees were a couple long before their official wedding date of May 25th, 2015. “Y’all can harp on this piece of paper…y’all think that makes me committed to this man, y’all some damn fools. You’re not gonna tell me how much I love mine.”