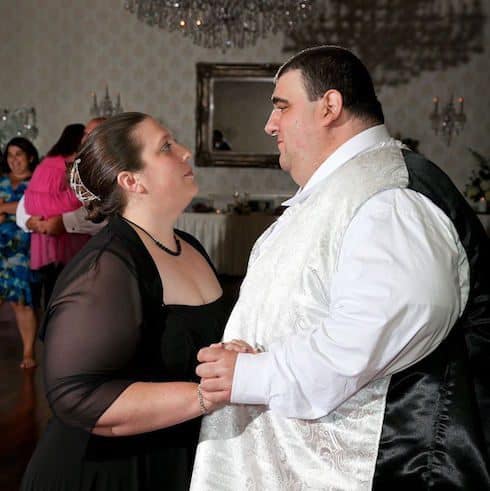 Viewers have been shocked and heartbroken to learn that Robert Buchel, a 41-year-old My 600 Lb Life participant from Forked River NJ, became the first person to die while filming the show after suffering a heart attack last year.

(First, a quick note of explanation, since there’s been some confusion on this point. Former My 600 Lb Life participant Henry Foots passed away since appearing on the show during Season 1. However, Henry died of unspecified causes on May 16, 2013, several years after his episode finished filming.)

As we wrote yesterday, Robert Buchel knew his situation was dire from the beginning of his time on the show. At 842 pounds, he was one of the heaviest people ever to appear on My 600 Lb Life, and several medical issues — including the lymphedema later surgically removed — complicated his attempts at losing weight.

But Robert countered with serious effort. He lost 124 pounds in his first month under Dr. Nowzaradan’s care, another 93 while in a rehab center — where Robert also began walking again — and a further 78 by the time he underwent surgery to remove one of his lymphedema masses.

Robert’s addiction to painkillers was too much to overcome

However, the surgery left Robert depressed and craving pain medication. The depths of his addiction became apparent when Robert refused to get out of bed and even tore his stitches to try and get more meds. 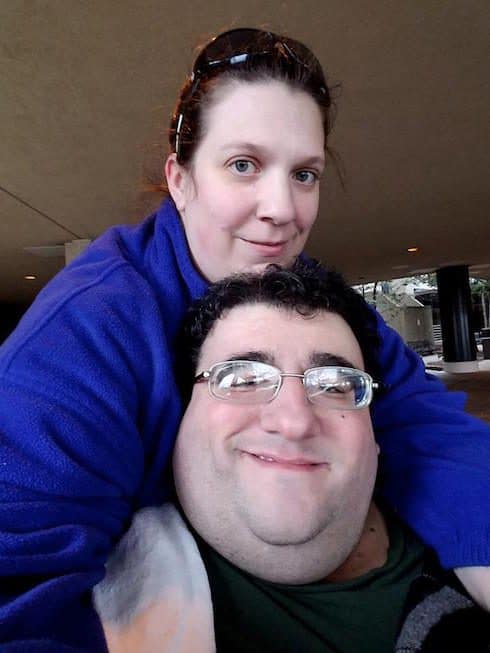 Robert returned to rehab to try and overcome his addiction and regain his weight loss momentum, but refused to exercise or even walk. He suffered a fatal heart attack on November 15, 2017.

In the Robert Buchel My 600 Lb Life episode, Kathryn — to whom Robert was to be married later this year– said, “I lost my best friend and the person I was supposed to spend the rest of my life with….He told me: ‘I don’t think I’ll make it through the night. I love you and I always will.'”

Dr. Nowzaran added, “Robert battled an addiction and lost but he never gave up.”

Kathryn, who is a substitute teacher in Manchester Township NJ, as well as a tutor for The Princeton Review and the manager of a beauty blog, took to Facebook to share her grief two days after Robert’s death. She also shared a sweet photo of herself and Robert during a happier time, which we’ve added beneath her post below:

I don’t know how to start what is going to be the most painful facebook post I will ever write. I know this is late and I would like to apologize to everyone that I haven’t been able to reach out to all of you before it was released to facebook. On Wednesday, November 15, 2017, the love of my life, my best friend, my closest confidant, Robert Buchel passed away suddenly. I wish I could say that my heart was broken or even shattered, but in reality it is just gone. My heart died along with him. Our future together died along with him. Next year we were going to be getting married in Walt Disney World and have our own Disney Fairytale Wedding. We were going to start a family. We were going to grow old together. Everything we were ever going to be can now never be. He did not deserve to go this way and this was not his time. 14 years together is not enough and although many people say it’s better to love the time you have than to mourn the time you don’t: no offense but screw you. Rob had a hard life and in the last 2 months he finally had hope for the life he always wanted. This was a robbery beyond words. And thanks to those of you who have reached out to me, I realize now that this robbery is more dispicable than I thought. The memories and the love that I have been seeing for him has been overwhelming. I am overjoyed at how much love he had given but also received from all of you. I am also angered beyond words that he’s not here to continue to love and be loved. And even moreseo I am saddened that he died not realizing how much love you all really had for him. Rob suffered from never realizing how good a man he was and always felt inadequate and a failure. Thank you to all of you for validating my love for him. I knew what kind of soul he had but could never convince him of how truly special he was. A person like him should never have to die this way and certainly not this young and most definitely not when his life was about to begin. Arrangements have not been made yet, but his mother and I will be settling things here in Texas as we wait for his remains. Once we have him back, we will bring him home and I promise you that I will notify you when his memorial is scheduled. You all meant so much to him and I thank you all for being there. Please keep his mom and family and friends in your thoughts. This has been difficult for all of us. But most of all, please do this for me: take lessons from him. Every morning he would tell me or text me “good morning angel”. Every phone call ended with “I love you.” Every night he would text me or tell me “Goodnight my love.” In fact the night before he passed he told me “If I don’t wake up tomorrow please know that I have always loved you.” Tell that person you love that you love them. The only consolation I have right now is that we were together and that his last words of peace to me were how he felt about me and how I felt about him. And when he did pass, he was not alone. I was there holding his hand. Thank you to the doctors and nurses who worked tirelessly for almost three hours to bring him back to me. Although I do not know your names, please understand your efforts will not be forgotten. I still have his phone on and his facebook is still live. I will see your messages to him and I will try to respond, You can also contact me directly as well. Thank you all for loving him. 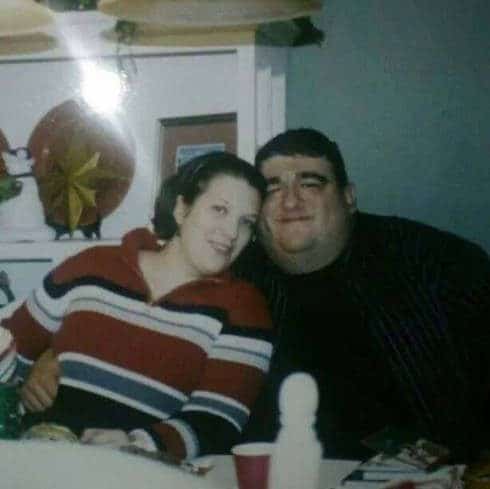 Our condolences to Kathryn, and to all of Robert’s family and friends.

You can stream Robert Buchel’s My 600 Lb Life episode here.