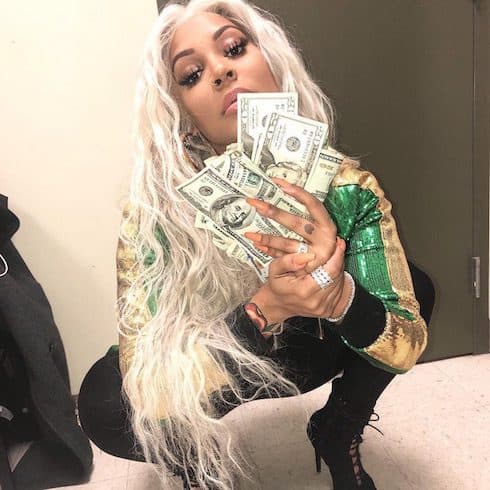 It was only a week ago that we reported on former Love & Hip Hop Hollywood star Zell Swag seemingly spilling the tea about current star Lyrica pregnant during some drunken merriment at his home. Since then, another new report appeared to confirm the gossip — and a brand-new video featuring Lyrica rubbing her baby bump at what looks like a gender reveal party may have quieted the final doubters.

According to The Jasmine Brand‘s insiders, Lyrics is “not far along,” but she is showing. Their anonymous insider also claimed that the rest of LHHH Season 5 will focus on a seemingly manufactured baby daddy mystery. The “speculation that [Lyrica] cheated…with Safaree” will continue, and Roccstar, the producer who Apple Watts put in his place a couple weeks back, is “being super messy” by “flat out sa[ying] he had sex with Lyrica.”

But even before that, an update from @BestRealityBlog showed what looked like Lyrica’s baby bump in a screengrab from the same Zell Swag video that stirred up the tea in the first place. Check out the pic:

Finally, not long after The Jasmine Brand’s story went live, the noted tea sippers over at @JaysRealityBlog got their hands on the aforementioned Lyrica pregnant clip. Unless the entire gender reveal party is manufactured — along with Lyrica’s early baby bump — it would seem that she and A1 are indeed expecting a child, gender forthcoming:

The pregnancy has yet to come up on the show, but it’s only a matter of time. Love & Hip Hop Hollywood Season 5 airs Monday nights at 8 on VH1.